Update 3: G-Shock Japan announced the GMW-B5000RD-4JF for a January 2021 release with a list price of 70,000 JPY plus tax. The GMW-B5000RD-4 will also be released in other Asian countries. Casio America announced a January 20 release for the GMWB5000RD-4, with a list price of $600 and pre-orders starting January 15 at Gshock.com. The dark red color is described as burgundy. 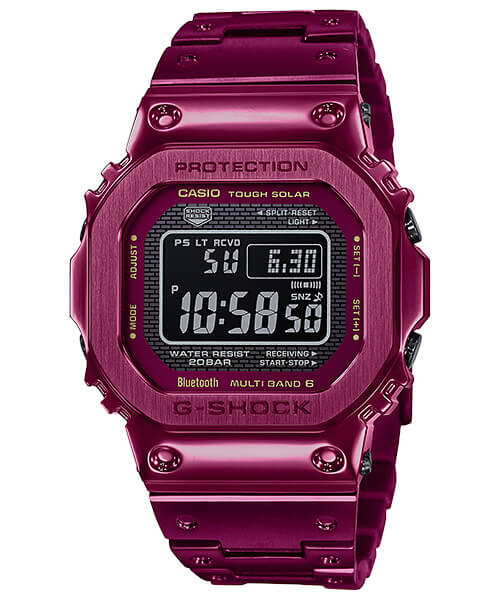 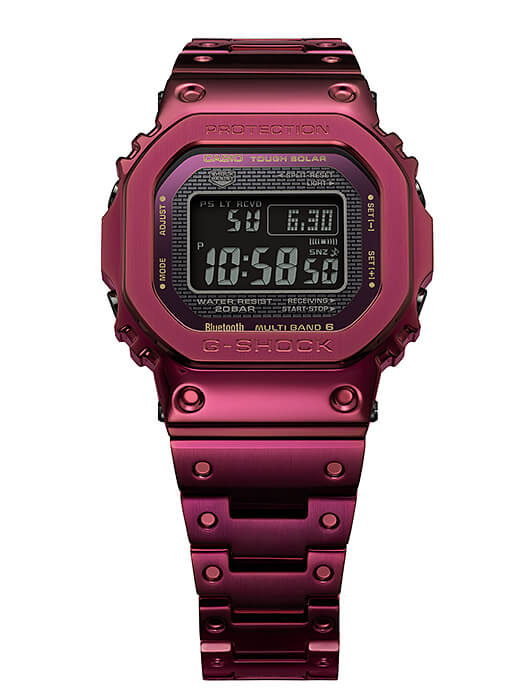 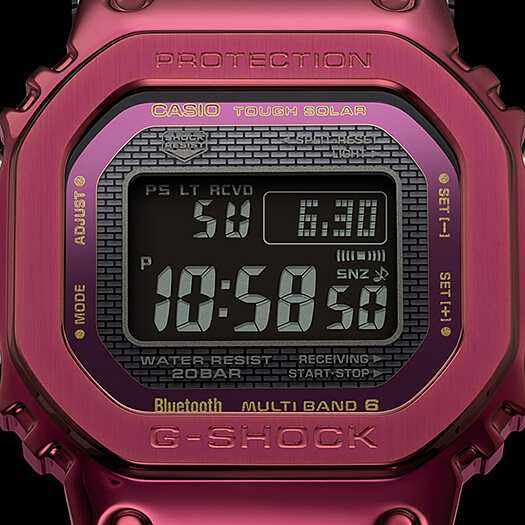 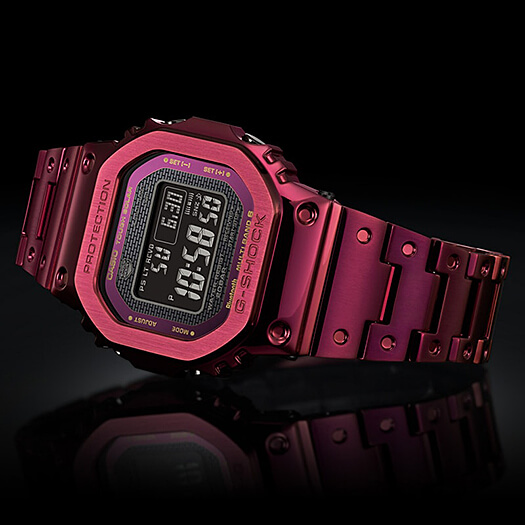 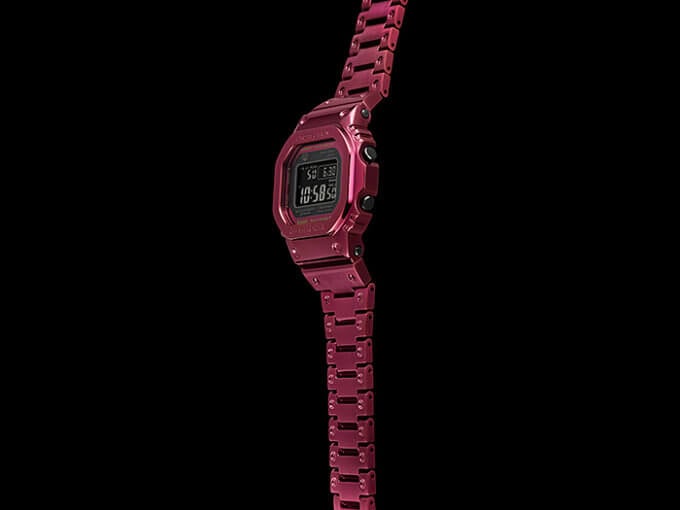 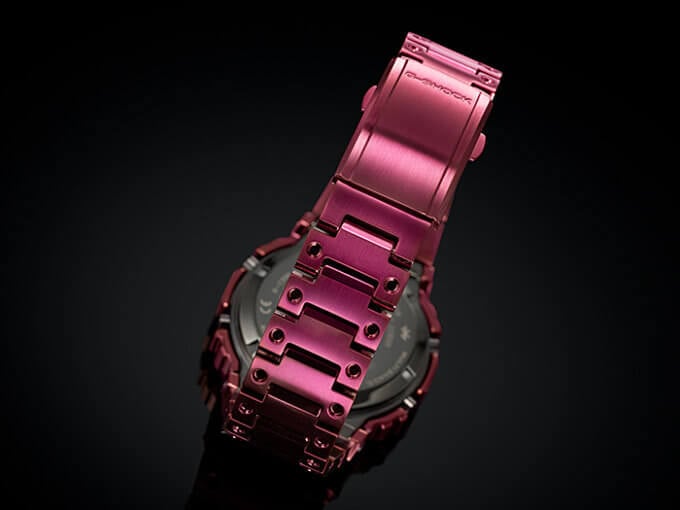 Update 2: G-Shock U.K. now has the GMW-B5000RD-4ER listed as “coming soon” with a list price of £499. The new photos offer a clear look at the watch face, which has a red border with gold labels. 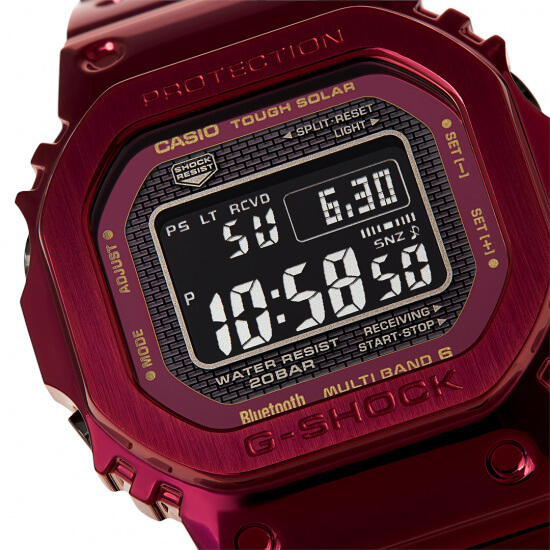 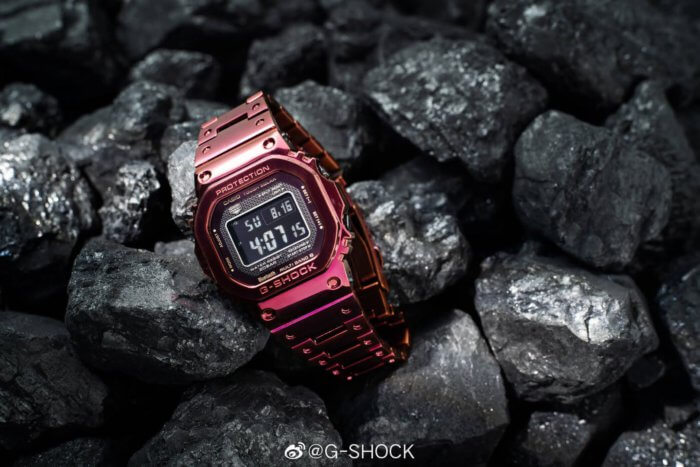 G-Shock China officially unveiled the upcoming G-Shock GMW-B5000RD-4 on social media site Weibo. This full metal model features the popular stainless steel GMW-B5000 as the base and a red ion plating on the bezel and band with an inverted LCD display. Based on the photos, the color appears to be a deep red that reflects different hues from the polished surfaces depending on the light and angle, while the bezel has a brushed finish. 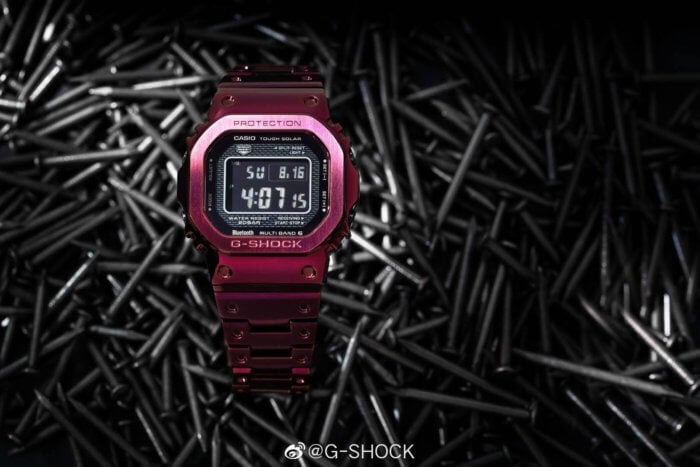 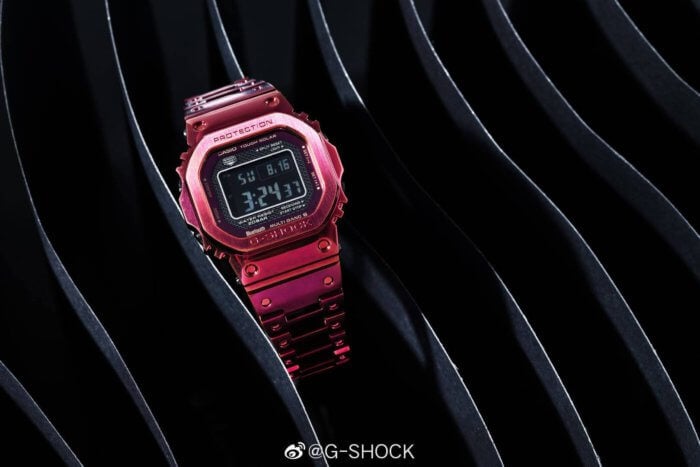 G-Shock AWM-500-1A Full Metal Analog-Digital Origin Tribute
Disclosure: G-Central is independently managed by fans and supported by ads. We may earn a commission on purchases from our links to Amazon, eBay, and Reeds Jewelers.