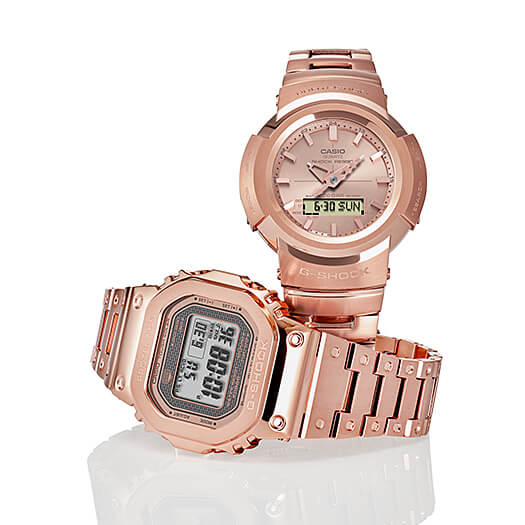 Update: According to Casio Japan, the GMW-B5000GD-4JF has been discontinued and is no longer in production.

Expected in March, the G-Shock GMW-B5000GD-4 will be the second full metal GMW-B5000 model for 2021 (after the burgundy red GMW-B5000RD-4) and will feature an ion plated rose gold color treatment on the stainless case and band. The GMW-B5000GD-4 also has a positive (non-inverted) STN LCD display. Like other full metal models, the screw-back case has a diamond-like carbon (DLC) coating.

The GMW-B5000 series offers the most advanced module for a 5000 series “square” G-Shock and includes Tough Solar power, Multi-Band 6 automatic radio timekeeping, and Bluetooth smartphone link. Some unique features of the GMW-B5000 include the ability to change the language for the day of the week display, date format in MM-DD or DD-MM, time and place log (when connected to a smartphone), and a reminder function with up to five reminders. The GMW-B5000GD-4 is also fully shock-resistant and water-resistant to 200 meters.

For a smaller metal-covered rose gold model for women, see the G-Shock GM-S5600PG-1. 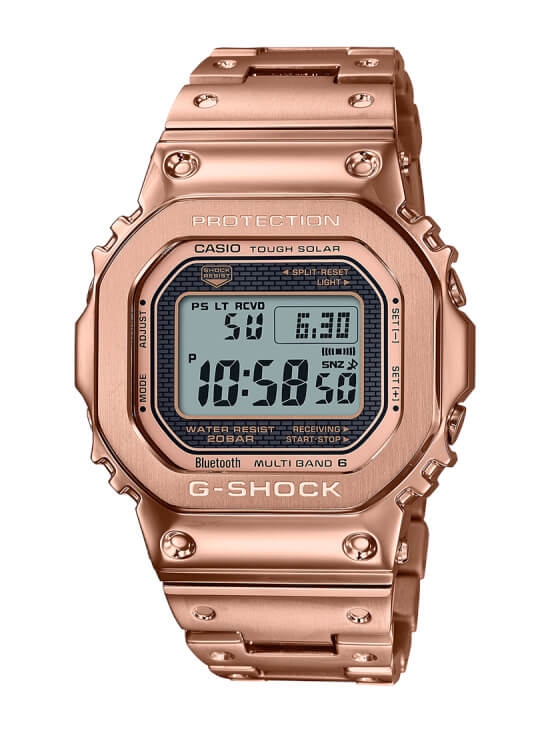 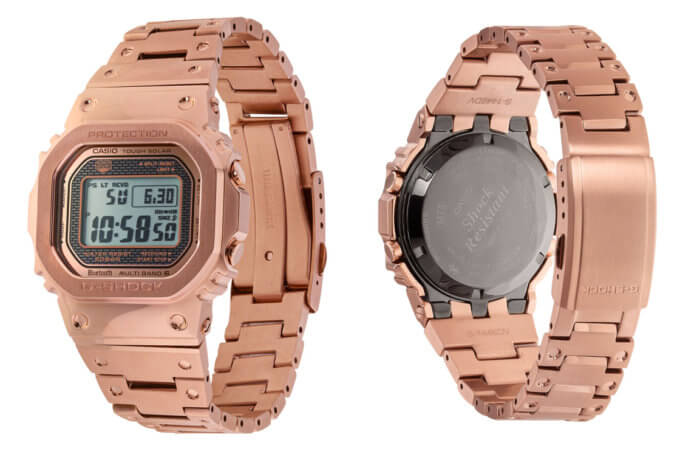 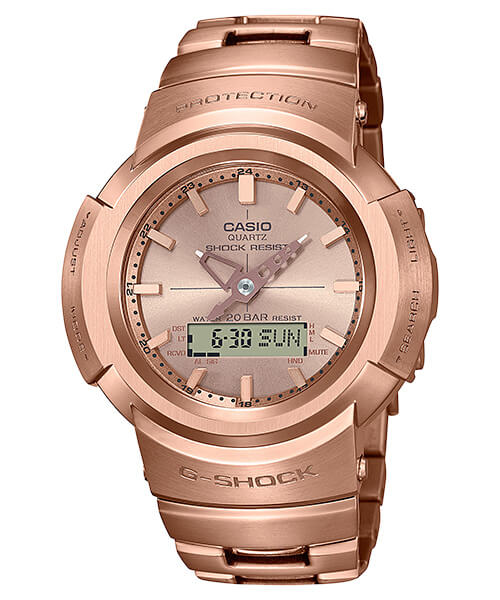