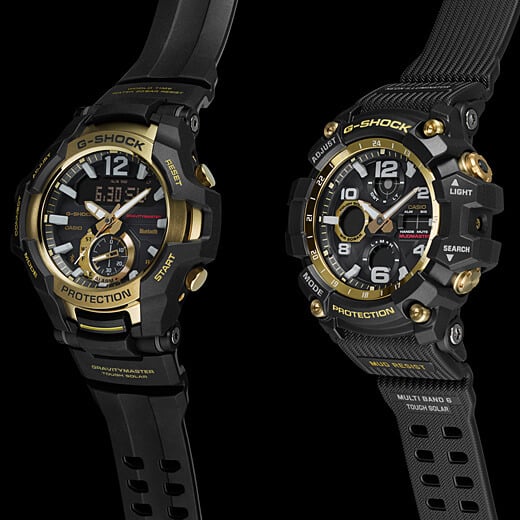 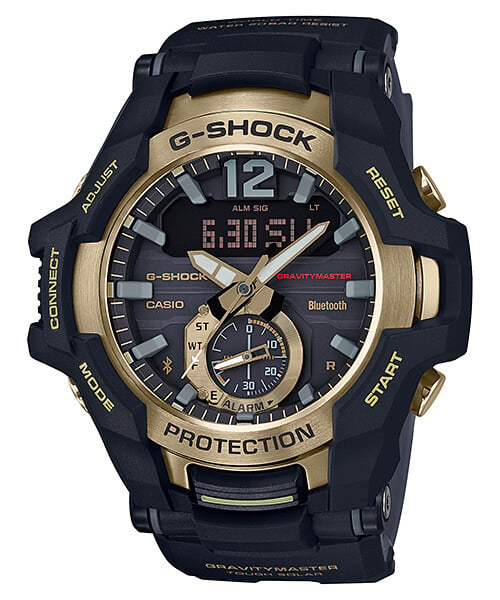 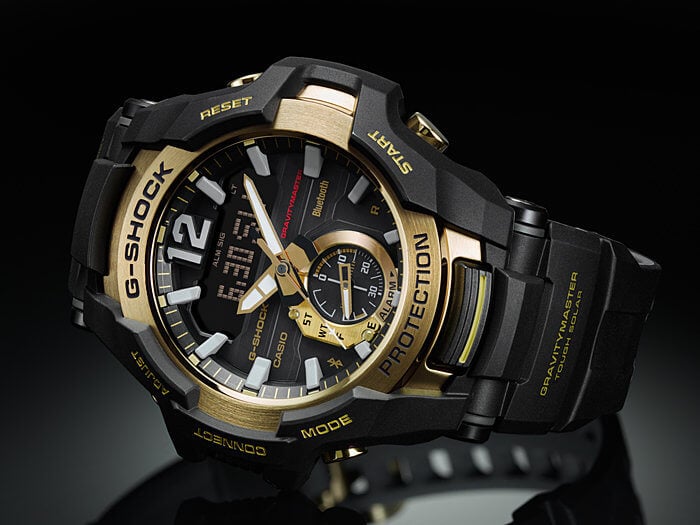 The GWG-100GB-1A is based on the dust-and-mud-resistant GWG-100 Mudmaster featuring Tough Solar power and Multi-Band 6 radio wave automatic timekeeping. It is also equipped with full auto dual LED lights with the Neon Illuminator blacklight LED for the hands and markers and Super Illuminator LED for the LCD displays. The GWG-100 is a slightly smaller (56.2 x 54.9 x 17.3 mm) version of the original GWG-1000 Mudmaster without the environmental sensors. 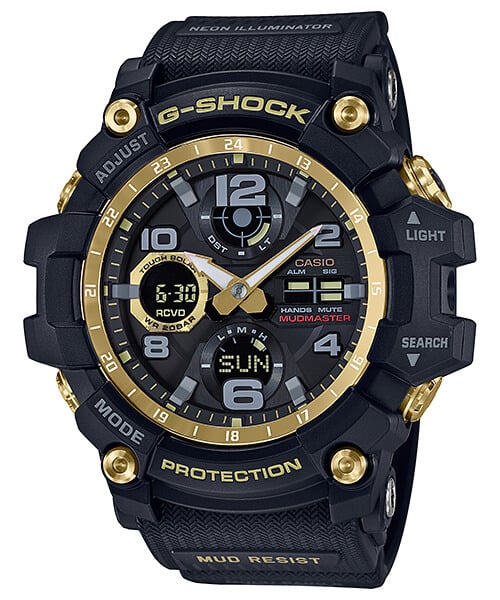 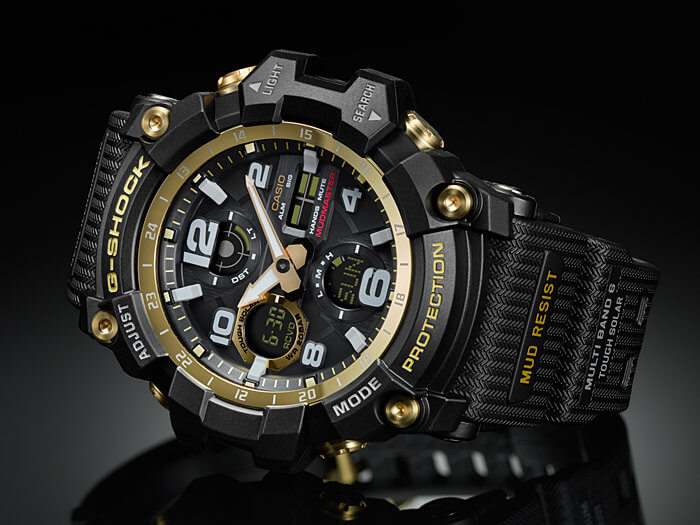 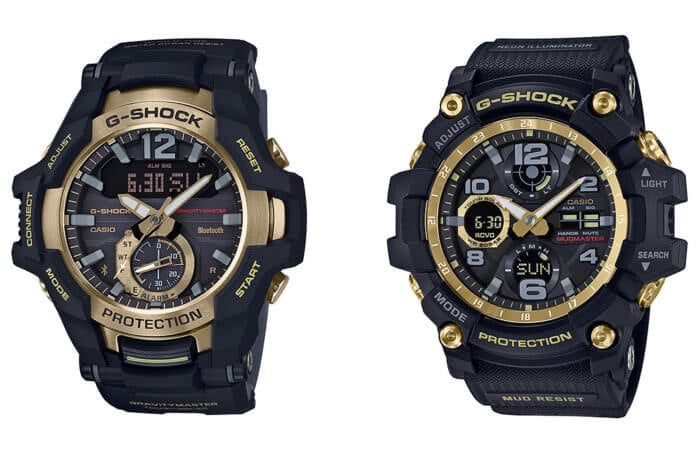