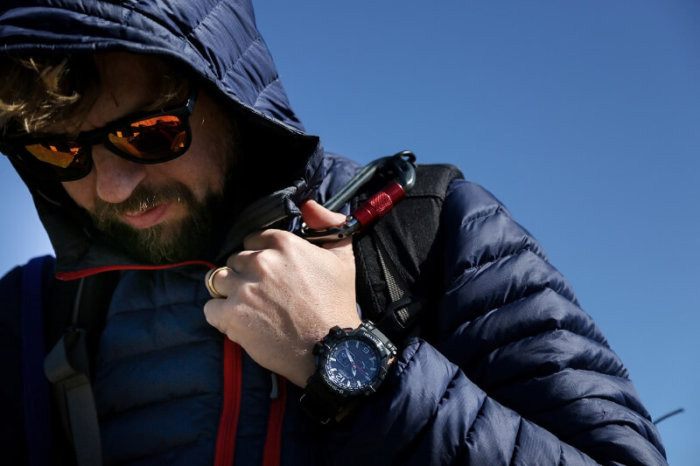 The Casio G-Shock Gravitymaster GPW1000 is featured in a 24-day expedition led by photographer/filmmaker and world explorer Klaus Thymann. The exhibition titled “Timezone” chronicles Thymann and his crew exploring extreme environments in remote locations in Mexico, New Zealand, and the Congo, taking photographs and and video of their journey while wearing the GPS Hybrid Wave Ceptor equipped GPW1000. In Cenote Agelita, Mexico they performed timed dives in underwater caves. In Fox Glacier, New Zealand they spent a week in a glacial retreat, and in Mount Nyiragongo, The Congo they observed nature in an uninhabited location. The Timezone exhibit can be seen March 26 through April 9 in New York at The Supermarket, 393 Broadway. Select photographs will be available for sale with proceeds going to the Project Pressure charity.

The GPW1000 is a high-end G-Shock model known for being the first watch to feature hybrid GPS and Multi Band 6 timekeeping technology, which ensures accuracy anywhere in the world and automatically adjusts to different time zones and DST. It is also known for its metal bezel with DLC coating, full analog display with 4 subdials, sapphire crystal, and carbon fiber band insert. List price is $950.