There are currently a handful of G-Shock watches that support GPS timekeeping, in which the watch will manually or automatically sync the time from the time calibration information it receives from a GPS signal. Why would you want this feature? 1. You want your watch to be synced daily but are out of range of the Multi-Band 6 radio transmitters (which are located in the U.S, U.K., Germany, Japan, and China). 2. You cannot or do not want to use a G-Shock with the more common Bluetooth smartphone link feature to sync the time. G-Shock watches with GPS timekeeping can also determine the time zone of the watch’s location from the GPS signal.

G-SQUAD GBD-H1000: The GBD-H1000 is the most recent G-Shock model with GPS timekeeping, and it is also G-Shock’s first major fitness smartwatch that is designed for runners. The GBD-H1000 also has useful outdoor sensors such as an altimeter, barometer, compass, and thermometer, as well as a step tracker. The GBD-H1000 also has a route tracking feature, and GPS is also used to determine distance for its fitness functions. The GBD-H1000 has solar-assisted power in combination with USB charging.

Rangeman GPR-B1000: Like the GBD-H1000, the survival-oriented and mud-resistant GPR-B1000 has outdoor sensors and solar plus USB charging, and it is the only G-Shock with a GPS navigation feature. Other useful outdoor features include sunrise and sunset times, and tide levels and moon age data. 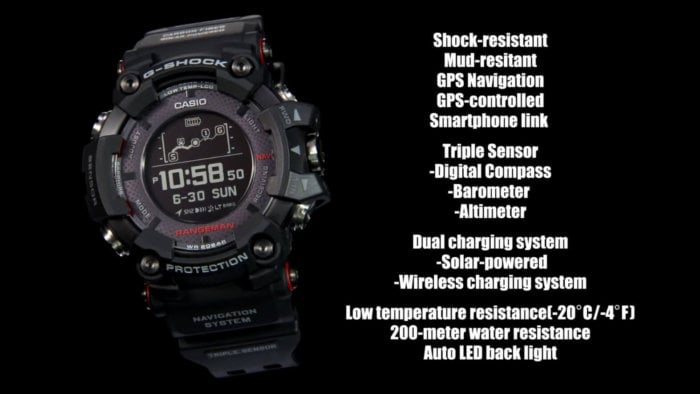 Gravitymaster GPW-2000: The solar-powered GPW-2000 has both Multi-Band 6 and GPS timekeeping (a.k.a. “GPS Hybrid Wave Ceptor”). It doesn’t have a navigation feature like the Rangeman, but it can manually receive GPS position information and show approximate longitude and latitude coordinates on the watch. Only the GPW-2000-1A2JF is still active in Japan, and we feel like there’s a strong possibility that the GPW-2000 may be discontinued soon.

MRG-G1000 and MRG-G2000: MR-G is G-Shock’s flagship line of tough luxury watches. In addition to Multi-Band 6 and GPS timekeeping, the solar-powered MRG-G1000 and MRG-G2000 are known for their specially hardened titanium build. Part of the reason why the MR-G series is so expensive compared to other G-Shock watches is because it is manufactured by Casio’s most skilled workers at the Premium Production Line in Japan. 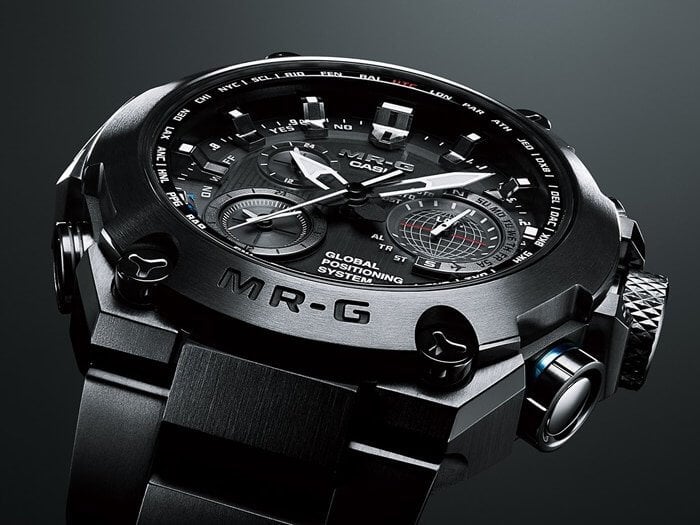 The following models from the mid-2010s are no longer in production but can still be found from some third-party sellers and auction sites.

Gravitymaster GPW-1000: The GPW-1000 introduced GPS timekeeping to G-Shock in 2014, and it was the world’s first watch to feature both GPS timekeeping and radio-signal calibration (with Multi-Band 6). Fans nicknamed the watch “The Beast” because of its size, but this was before the time of the Mudmaster and larger Frogman and Rangeman models, which make the GPW-1000 seem not so big now. The GPW-1000 series was discontinued in 2016. 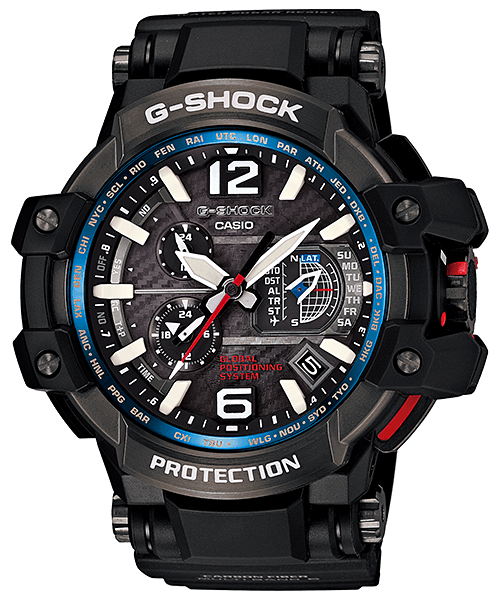 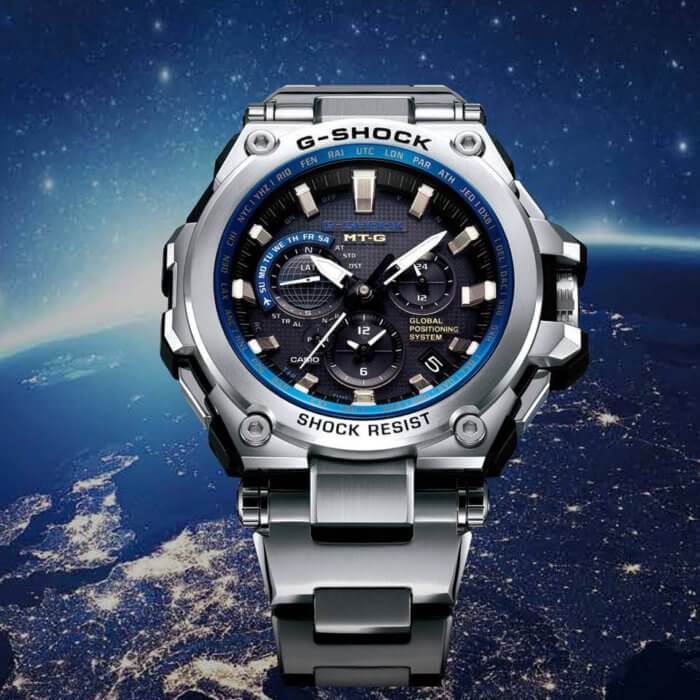