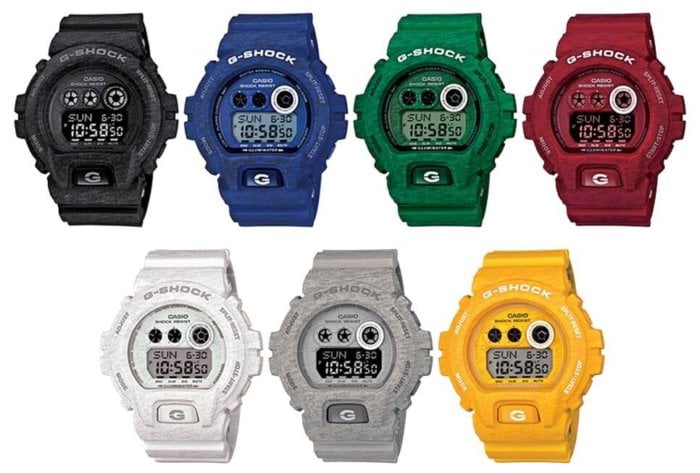 The G-Shock GD-X6900HT Heathered Series will make its way Stateside in March 2015. The series is available in seven vibrant colors combined with a unique heather fabric print that creates “an interwoven speckled pattern.” Featuring a large classic case and a 10-year battery, the Heathered Series also has 200 meter water resistance, auto LED backlight, flash alert, 3 alarms, 48 city world time, stopwatch, countdown timer, 12/24 hour display, and a mute function. Also of note is that the black, red, and gray models have a reverse display and the red model also has red numbers. Also the screens on the blue and green models match their colors. This stylish new series retails for $150 and will be available at the G-Shock Soho Store and Macy’s Department Stores.