Casio U.S.A. released more promotional G-Shock films with professional BMX rider Nigel Sylvester. In “Unlikely Encounter,” a young fan has a chance meeting with his idol on the streets of L.A. and receives a surprising gift.

Retail list price for the GDX6900HT Heathered Series is $150. The series will be available at the G-Shock Soho Store and select Macy’s stores. 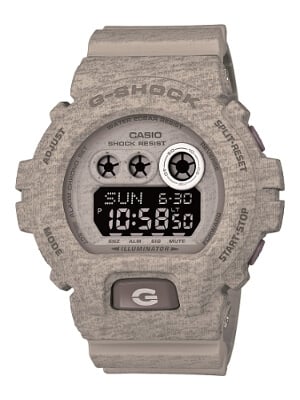