It hasn’t been officially announced by Casio yet (other than the Youtube video released above), but several Japanese retailers are reporting that the G-Shock MRG-G1000HG-9AJR Gold Hammer Tone 20th Anniversary Edition is being released on December 9, 2016. This ultra-luxurious limited edition G-Shock shares the same type of handcrafted tsuiki-patterned bezel and center band links as the MRG-G1000HT-1A, another limited MR-G 20th anniversary model released during Baselworld 2016. Like the MRG-G1000HT, the tsuiki patterns of the MRG-G1000HG were applied by master artisan Bihou Asano.

The MRG-G1000HG-9A features a striking gold IP, indigo-colored markers with blue DLC, and a black IP for the front screws, buttons, and electronic crown. A special side plate commemorates the 20th Anniversary of the MR-G series and the serial number is engraved on the case back. This model is limited to 300 units and has a list price of ¥756,000 JPY (including tax). As limited edition MR-G watches are usually very difficult to obtain, the best option may be contacting a Japanese retailer like Oomiya or Tomiya.

Update: Casio made an official announcement for the MRG-G1000HG.

Update 2: Casio USA announced that there will be ten MRGG1000HG-9A watches available in the U.S. with a list price of $6,200 and availability in January 2017. 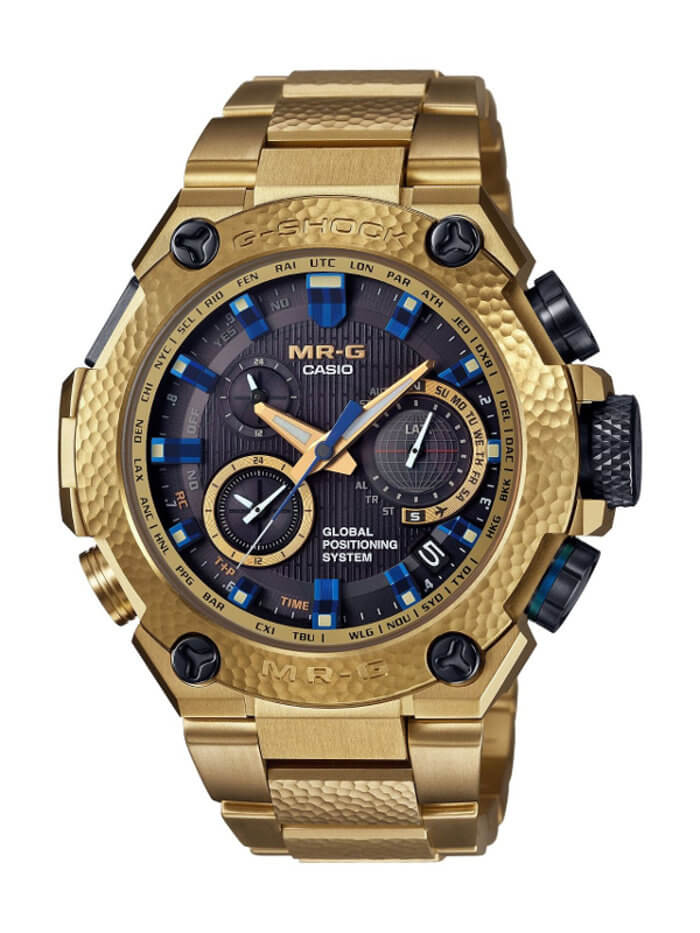 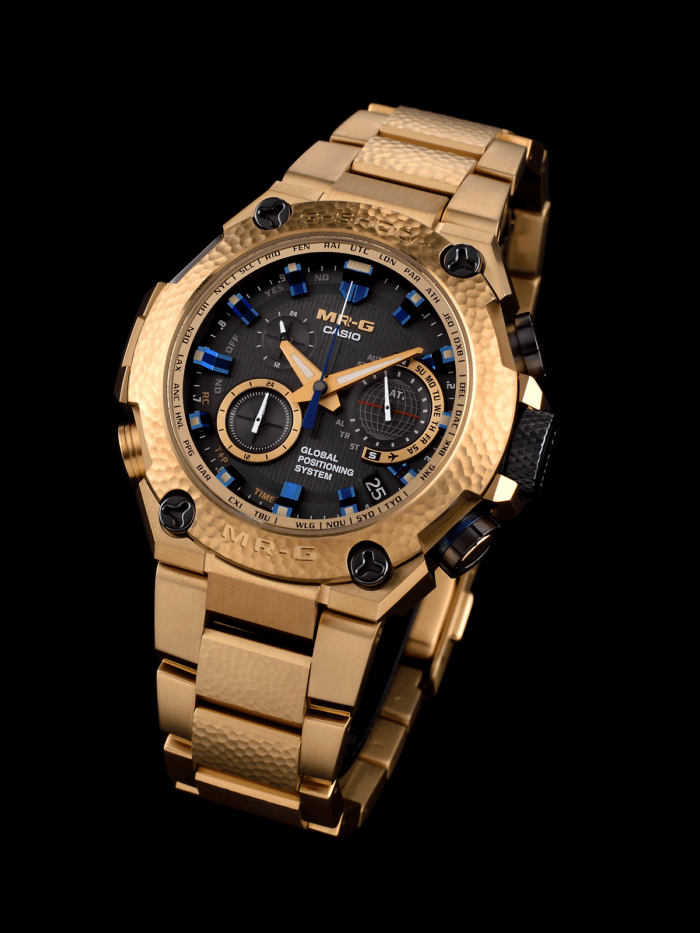 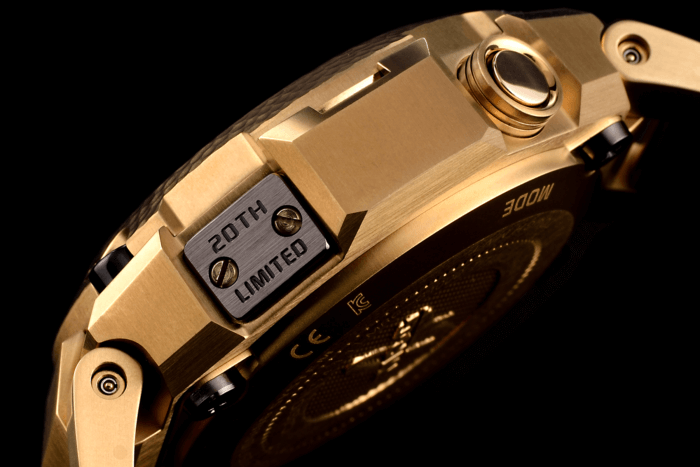 MR-G 2021: MRG-B1000BA-1A, MRG-B2000B-1A, MRG-B2000R-1A
Disclosure: G-Central is managed by fans and supported by ads. We may earn a commission on purchases from our links to Amazon, eBay, and Reeds Jewelers. Please follow your country's official G-Shock site for additional release information.

We are a Los Angeles retailer called Altivo Timepieces who receives very limited G-Shock products, such as many MR-G models. A small family business and one of the best kept secrets in LA!