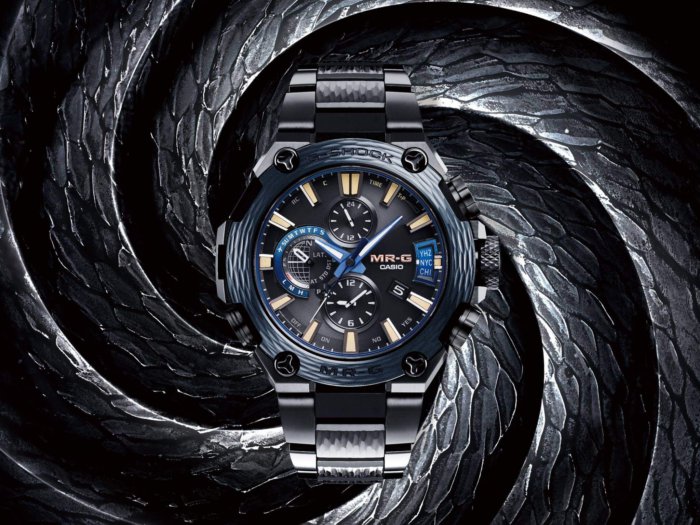 Casio announced an all-new top of the line G-Shock MR-G series that is making its debut as the limited edition MRG-G2000HT-1A. This model is a Baselworld 2017 special edition limited to 500 units worldwide with a serial number engraved on the case back. The MRG-G2000HT features the same 3-Way Time Sync feature as the recently announced G-Shock GPW-2000 Gravitymaster series. 3-Way Time Sync incorporates automatic timekeeping through Multi-Band 6 radio waves, GPS signals, or Bluetooth connectivity to a smartphone, allowing the watch to adjust the time on its own anywhere in the world.

The MRG-G2000HT-1A features a tsuiki metal-hammered bezel and bands handcrafted by Bihou Asano, a master Japanese artisan who also crafted the bezel and bands on the “Hammer Tone” MRG-G1000HT-1A and the gold MRG-G1000HG-9A MR-G 20th Anniversary Editions. The bezel, bands, and case back have a “Japan blue” indigo DLC coating. The band and buttons have a silver-gray finish that is commonly used in Japan for traditional sword accessories and ornaments. Like the previous MRG-G1000 series, the titanium case and band undergo a deep-hardening process that makes it five times harder than standard titanium. The MRG-G2000HT also features advanced Sallaz polishing and a sapphire crystal with a non-reflective coating. 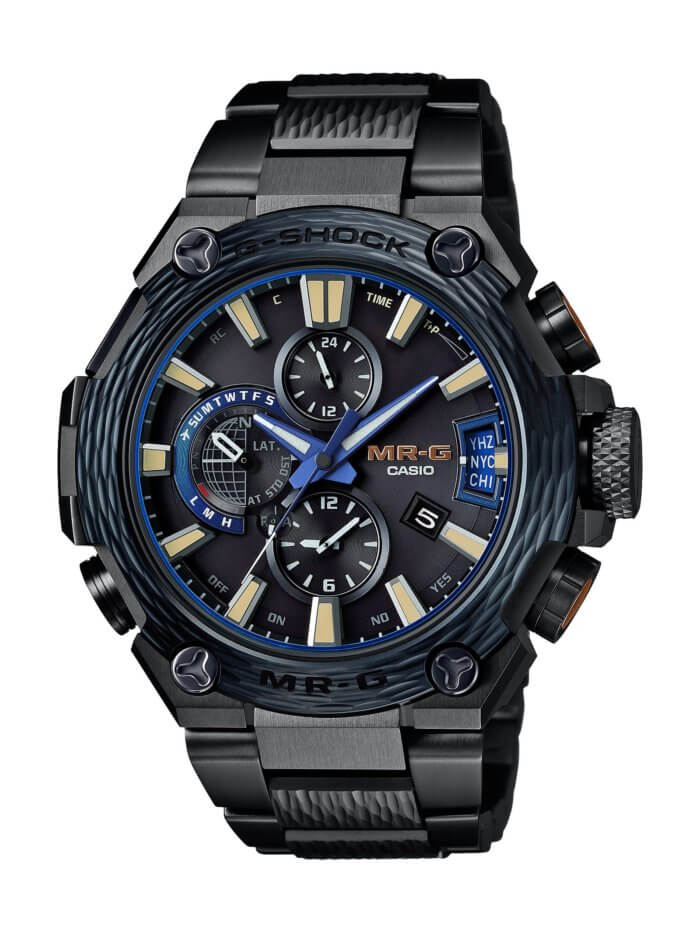 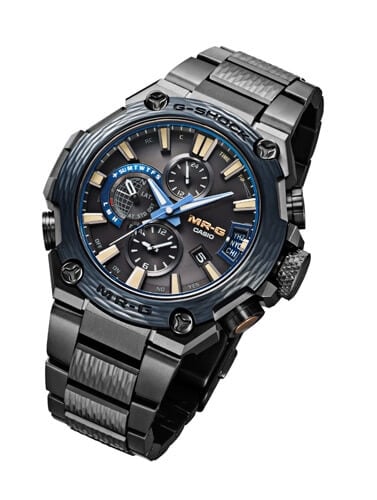 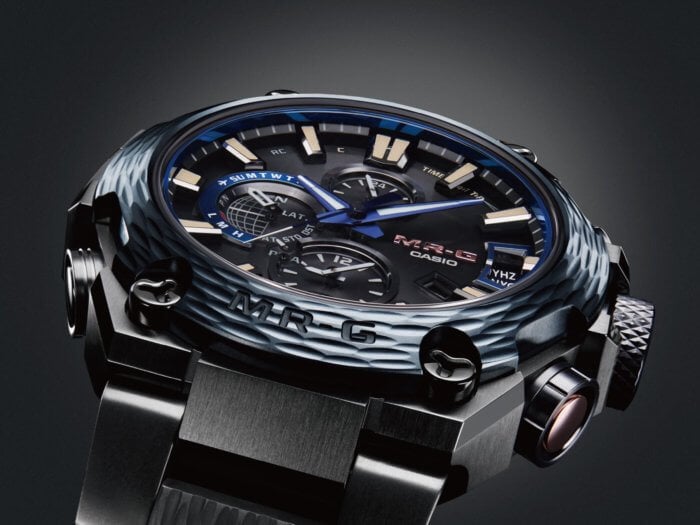 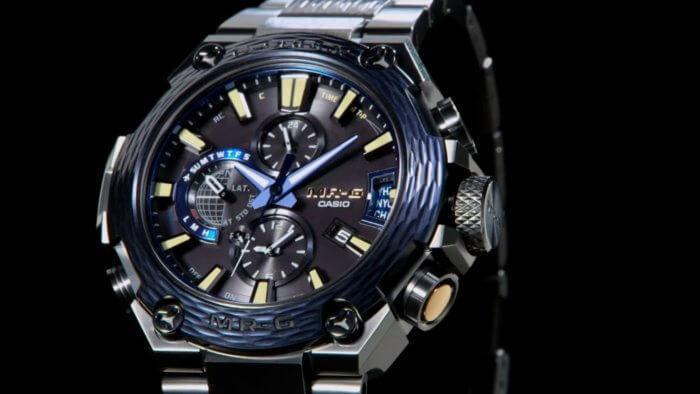 Most expensive Casio watch ever?

I ve all ways wanted a Rolex watch. That’s untill I brought a g shock mtg 1000D
I love it . Now I’m thinking sod the Rolex and buy one of these . Same price better vale
No expensive serviceing

casio are best, but price of this watch is little bit aggressive!

Can it be confirmed that the hammered bezel and braclet links are titanium and -NOT- some other/softer metal ?

Are the pieces hand or machine hammered ?

they made a Oceanus with diamonds and sapphires had the specific number but can’t find it was on ebay for like an hour poof it was gone for 16,000.00 plus change