G-Shock Singapore announced on Facebook and Instagram (below) three new G-Shock S Series watches. Each watch has a skeleton-style transparent bezel and band, white inner case, and rose gold face. The models are the GMA-S120SR-7A (left, S$219), GMD-S6900SR-7 (middle, S$139), and GMA-S110SR-7A (right, S$199). The series will be released on January 27, 2020, at all G-Shock boutique stores in Singapore (except for IMM). The S Series is intended for women and consists of smaller watches (based on existing G-Shock models) with full shock resistance and 200-meter water resistance.

Singapore is the only region to announce these models so far, but they will likely get a wider release. (Update: G-Shock Japan also announced these for February 2020, and they will also be released throughout Asia.) Casio America also released the GMAS110SR-7A, GMAS120SR-7A (list price US$140 each), and GMDS6900SR-7 (US$110). 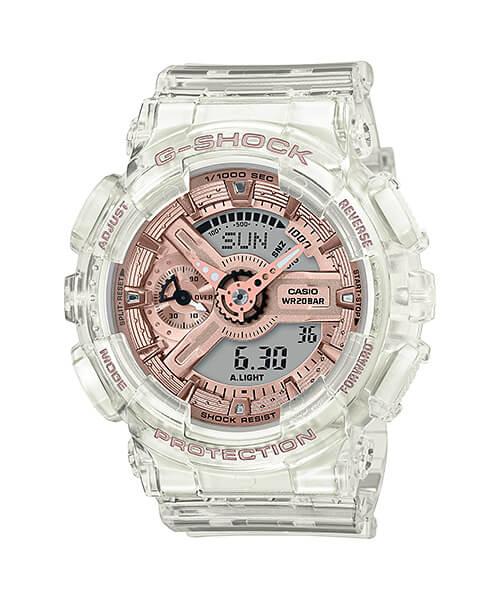 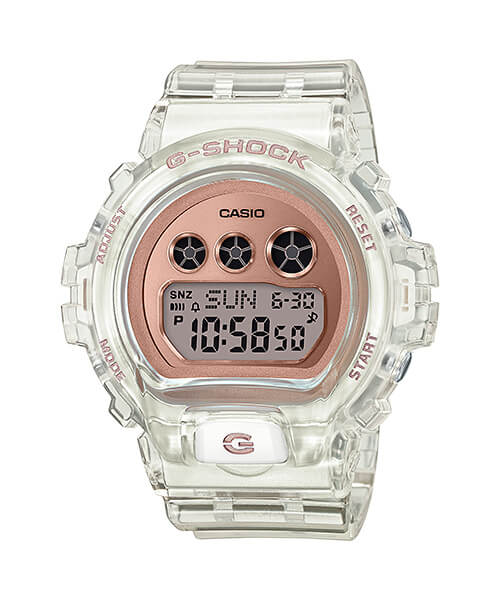 Got one of those already and they are quite cool 🙂