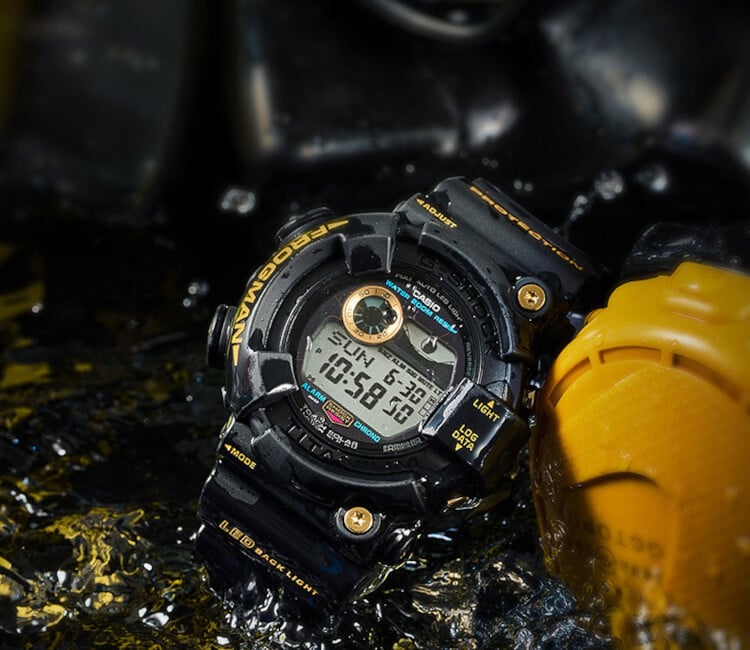 In celebration of the 30th Anniversary of G-Shock’s signature diving line, Casio is releasing a limited edition Frogman watch inspired by the second-generation Frogman DW-8200 (and specifically the black and gold DW-8200B-9A). While it appears to be another Frogman GF-8250 model at first glance, the GW-8230B-9A is the first model of an all-new series and includes upgrades over the GF-8250 such as a titanium case and an LED backlight. Other features include Tough Solar power, tide and moon graphs, and diving and interval time measurement with dive log. Taking a cue from recent Pro Trek models, the bezel and band are made from eco-friendly biomass plastics. Leaked catalog images show that the watch has a Frogman character image on the backlight and a special Frogman 30th Anniversary case back design.

The Frogman line, introduced in 1993 with the DW-6300, is known for its ISO Diver’s 200M water resistance and made-in-Japan status. (The GW-8230B-9A features a “Japan” label next to the Shock Resist logo on the face.) Prior to the release of the analog GWF-A1000 with a carbon monocoque case, it was also known for its stainless steel or titanium screw-back cases.

The GW-8230B-9AJR will be released in October in Japan and is expected to be released worldwide. 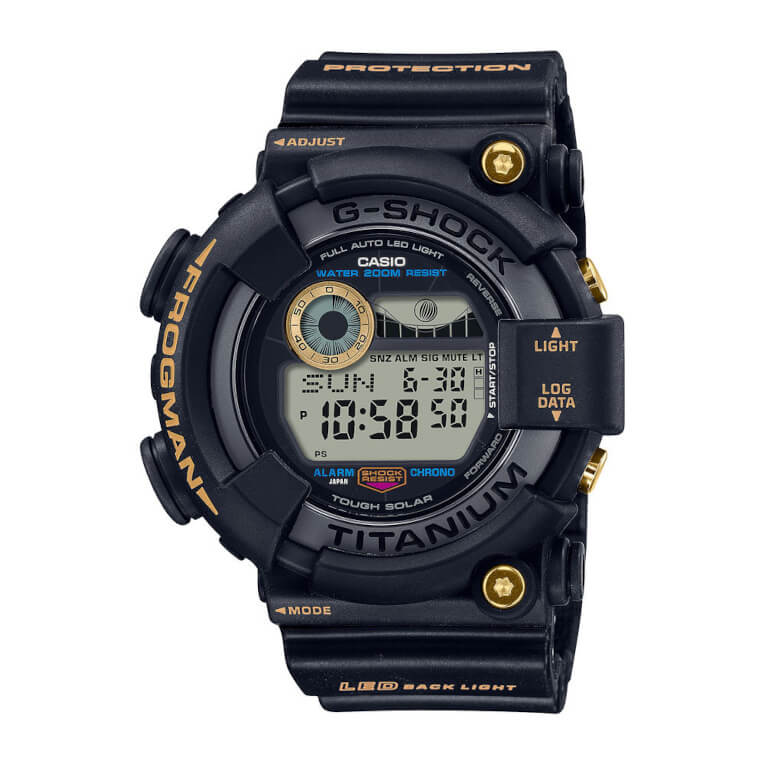 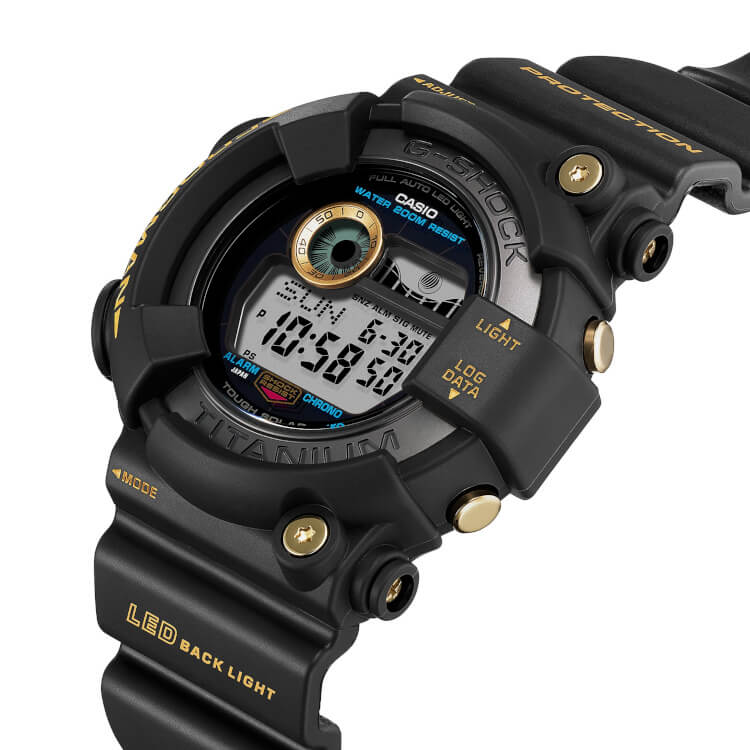 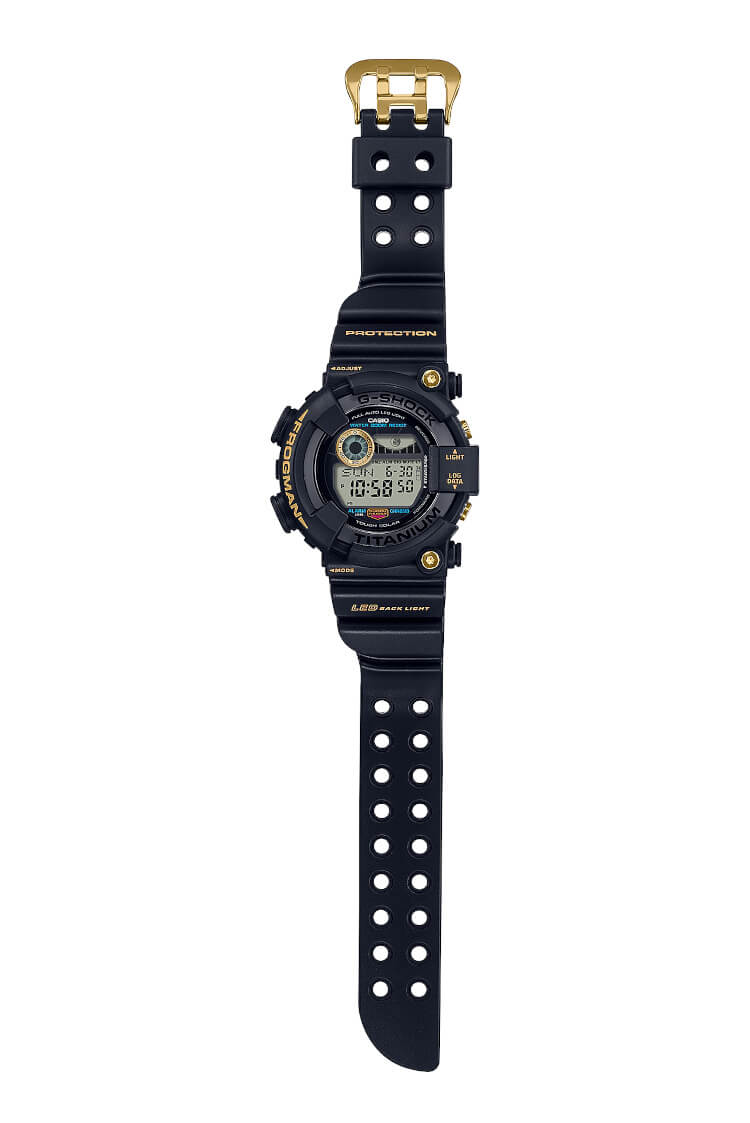 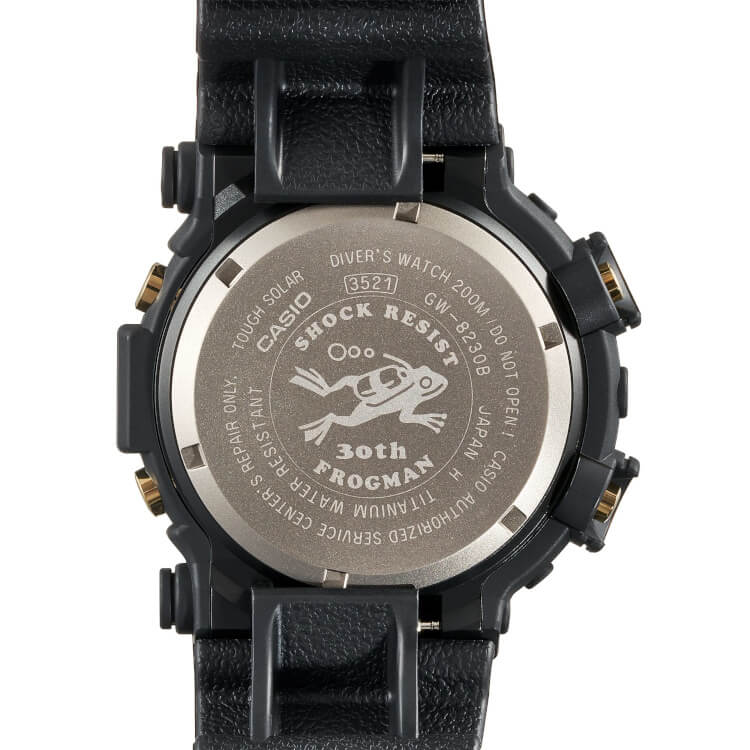 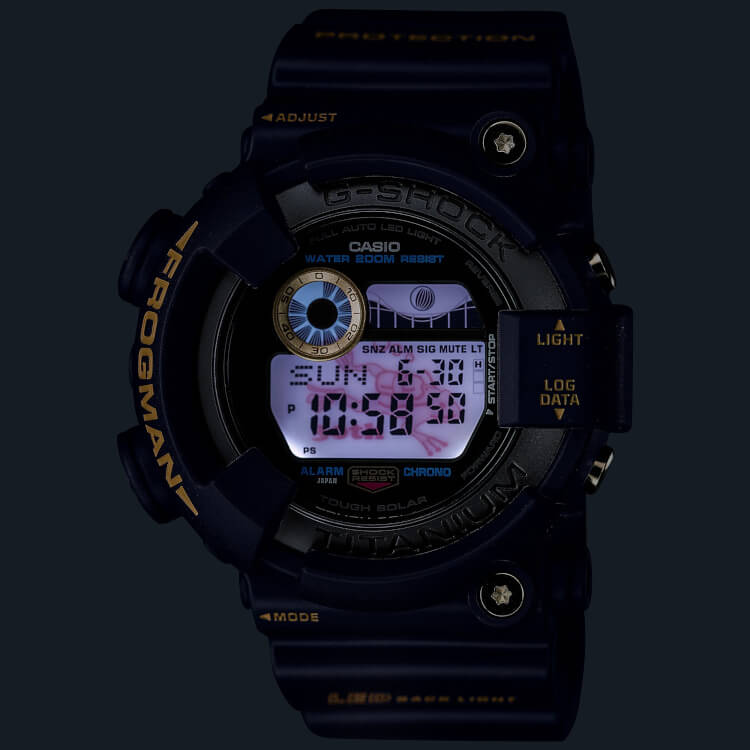 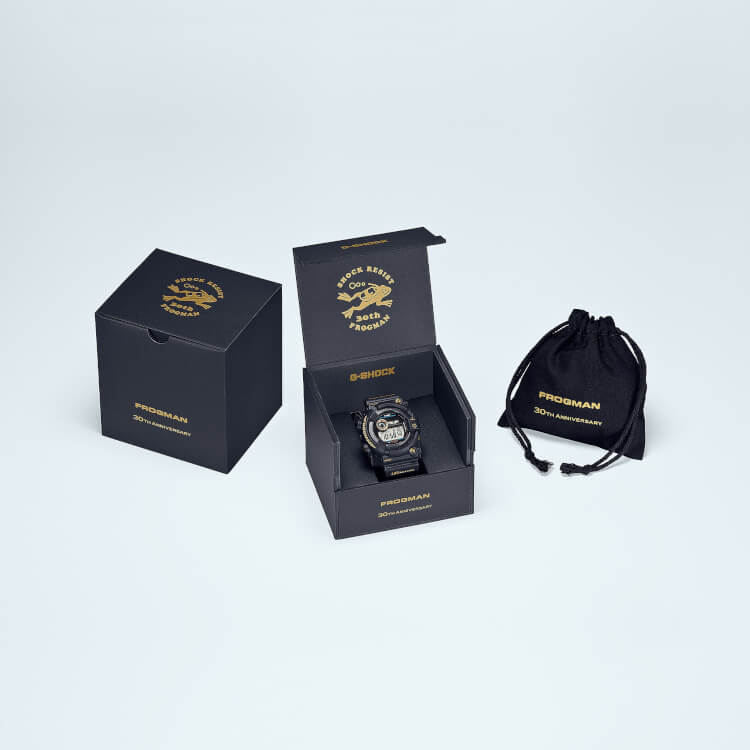 Alternatives: The GW-8230 is likely replacing the GF-8250, with the last GF-8250 release being the GF-8251K-7JR from 2019. Other active Frogman series with ISO Diver’s 200M water resistance include the more advanced GWF-D1000 and the analog GWF-A1000. The GWF-D1000 includes a water depth sensor, compass (with horizontal compensation that works underwater), and thermometer. The GWF-A1000 is the first Frogman model with an analog display. It uses the analog hands to measure dive time and interval time, and it is also equipped with Bluetooth smartphone link. The closest active model to the GW-8230 is the GWF-1000. They share most of the same functions, but the GW-8230 is slightly smaller and also significantly lighter due to its titanium case. The GW-8230 also has an LED light versus the EL (electro-luminescent) backlight of the GWF-1000. The GWF-1000 has Multi-Band 6 automatic radio time adjustment, which the GW-8230 lacks.

G-LIDE GBX-100 is the best G-Shock tide watch, with caveats
Disclosure: G-Central is managed by fans and supported by ads. We may earn a commission on purchases from our links to Amazon, eBay, and Reeds Jewelers. Please follow your country's official G-Shock site for additional release information.

it is very cool, though if it is ok to charge daily, then the new Apple Watch Ultra gives strong competition…

Oh man I want one!

Are the buttons on the left side the same as the ones on gwf1000? PITA to push with gloves on… It’s a beauty though

seriously?!? that’s the Frogman, casio sells us for the 30th anniversary?!?
No mip display, no more depthgauge/thermometer/compas like it was on the gwf-d1000 ones, at least?
I don’t understand where this is going: with the rangeman GPR-B1000 and more recently the G-SQUAD GBD-H1000, i was hoping for a similar technology for a (real) new Frogman….
Pff, what a disapointement, i am reallly losing faith in Casio…