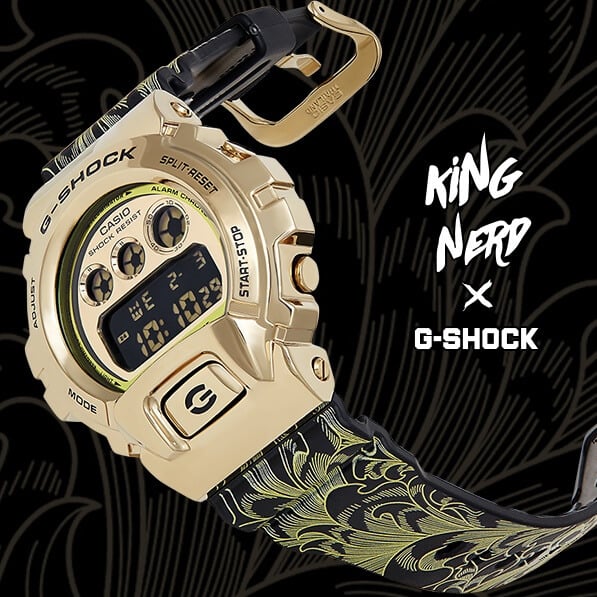 Engraver King Nerd, a.k.a. Johnny Dowell, is teaming up with G-Shock U.K. to release the GM-6900GKING-9ER, which is limited to just 300 pieces worldwide. The watch is a gold ion-plated GM-6900D-9 featuring custom printed straps with an ornate pattern in gold. The full package also includes a sticker, a hand-signed and numbered A3 print, and exclusive packaging, all featuring the artwork of King Nerd.

Johnny Dowell began his career as an apprentice at gunsmith James Purdey & Sons, where he worked for fifteen years. Much of his work now includes timepieces, and he has worked with Bamford Watch Department and Revolution Watch.