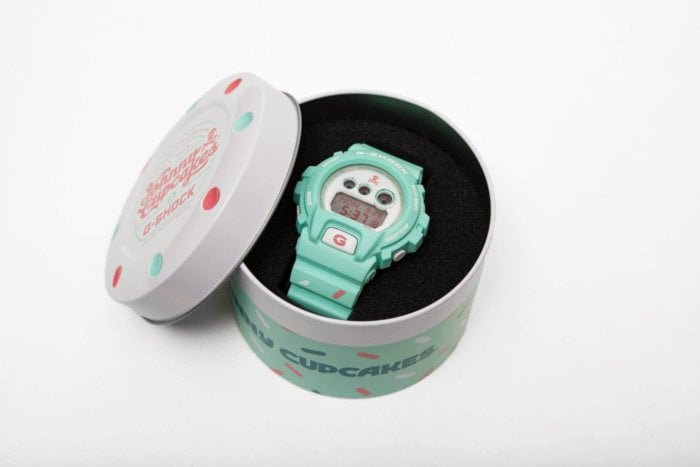 G-Shock Japan just released these photos of the upcoming Johnny Cupcakes x G-Shock GD-X6900JC-3 collaboration watch. Johnny Cupcakes is a clothing brand known for its humorous t-shirts and skull and crossbones logo featuring a cupcake instead of a skull. The GD-X6900JC-3 has a retro-like aqua or seafoam green color with white lettering, a white face, and a standard LCD display. The bands have a printed sprinkle topping pattern (of pink, white, and blue sprinkles) and there is a pink Johnny Cupcakes logo on the face. The G on the backlight button and the band keeper are pink. The case back has an engraved Johnny Cupcakes logo and the backlight has a dripping frosting graphic. Also included is a custom Johnny Cupcakes tin and box. The watch is based on the fashionable large-size GD-X6900 model featuring a 10-year battery. 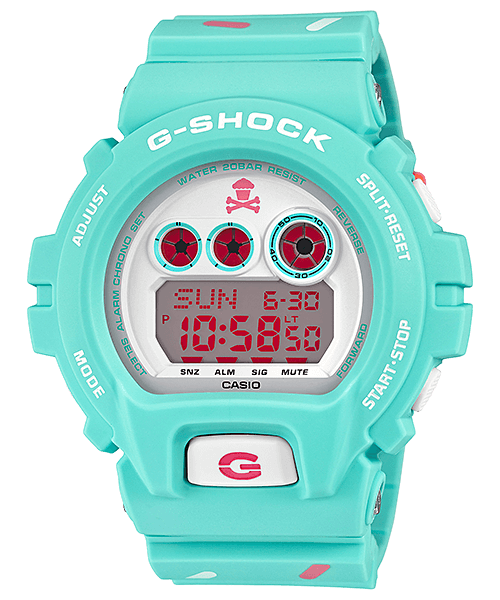 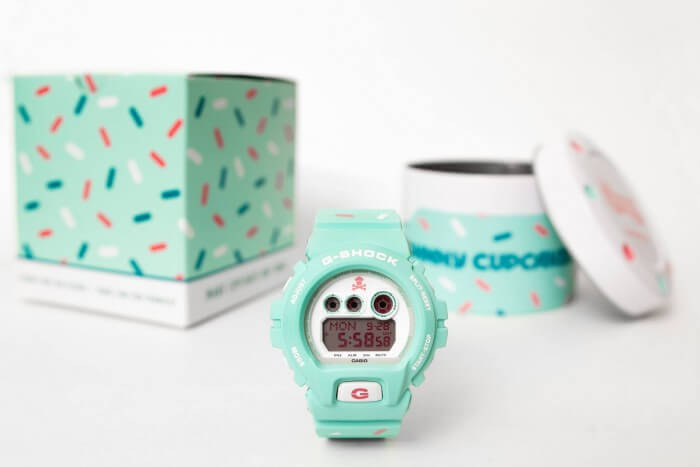 The United Arrows x G-Shock AWM-500 collaboration is the first full metal AWM-500 with a black IP
Disclosure: G-Central is managed by fans and supported by ads. We may earn a commission on purchases from our links to Amazon, eBay, and Reeds Jewelers.