The Rangeman seems to be the limited edition model of choice these days. Here’s the GW-9400FBJ-4JR with an orange case and blue trim. This limited edition has been on the radar for a while and has just been announced by G-Shock Japan for July. The watch is a collaboration with the Kobe City Fire Bureau and is also known as the “Kobe City Fire tie-up model.” The colors match the Fire Bureau’s disaster prevention uniforms and helmets. The EL light displays Kobe City Fire Bureau with a rescue rope graphic when activated and the case back sports a special insignia. The GW-9400FBJ-4JR features Tough Solar, Multi-Band 6, Triple Sensor, and carbon fiber insert band. List price is 50,000 yen. 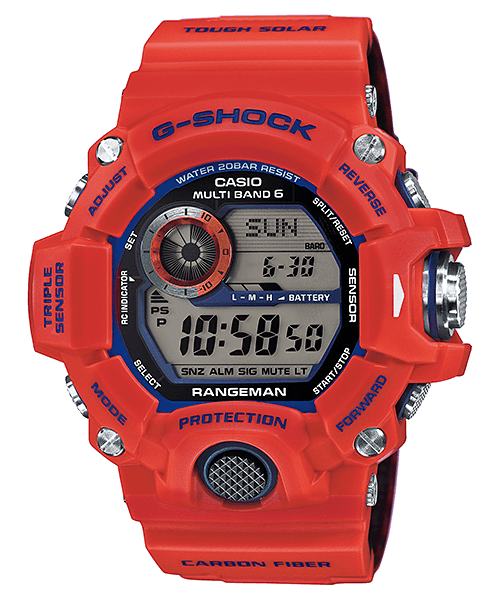