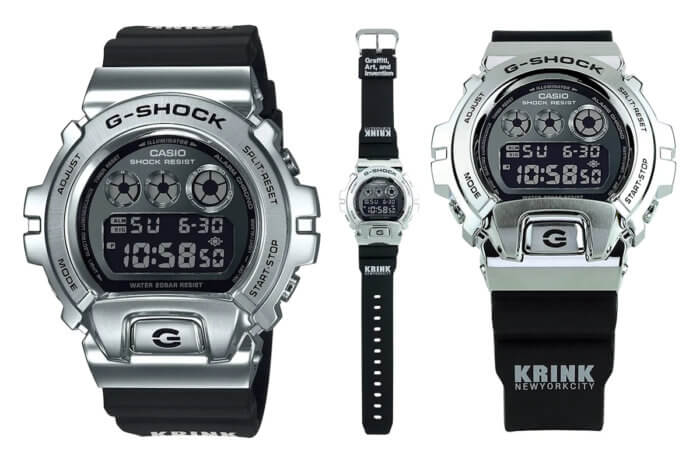 The limited G-Shock GM6900-1KR is based on the GM-6900-1, the first metal 6900 model featuring a silver stainless steel bezel and black resin band. “KRINK NEW YORK CITY” logos are printed in white on the upper and lower band, and the “Graffiti, Art, and Invention” title is printed on the band keeper.

The GM6900-1KR is currently available for $200 at Gshock.com (U.S. only), the G-Shock Soho Store in New York City, and Krink.com. (Krink offers international shipping.)

A special hoodie celebrating the book is also available at Alife. 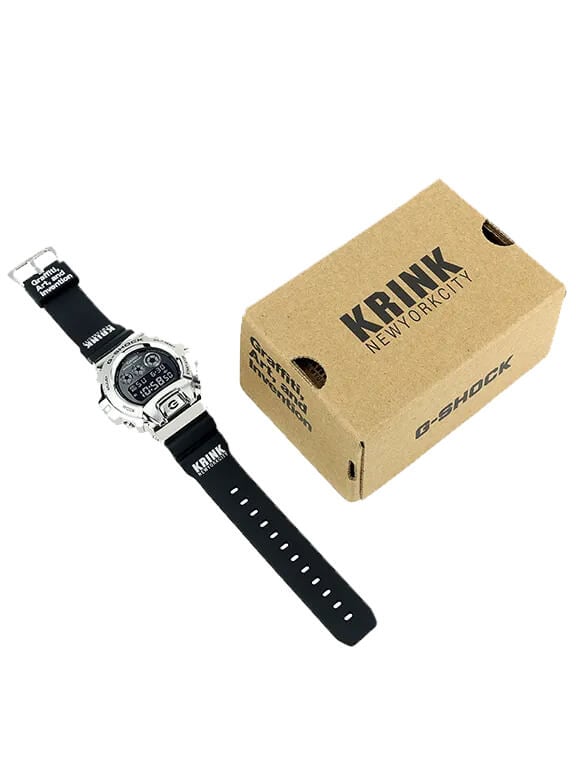 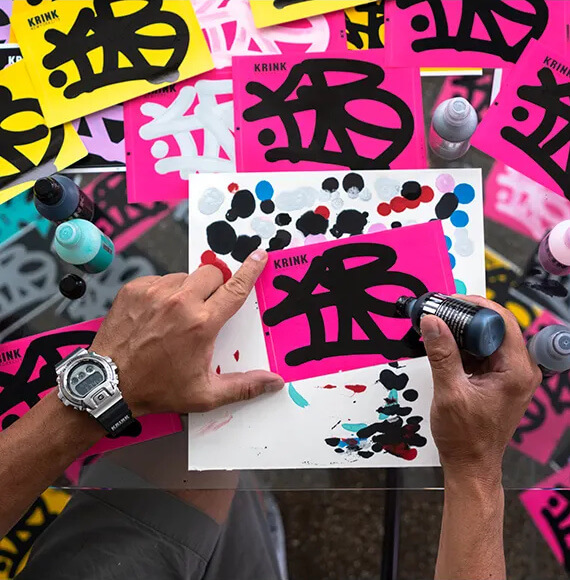 Carhartt WIP x G-Shock DW-6900 for Japan 10th Anniversary
Disclosure: G-Central is managed by fans and supported by ads. We may earn a commission on purchases from our links to Amazon, eBay, and Reeds Jewelers.