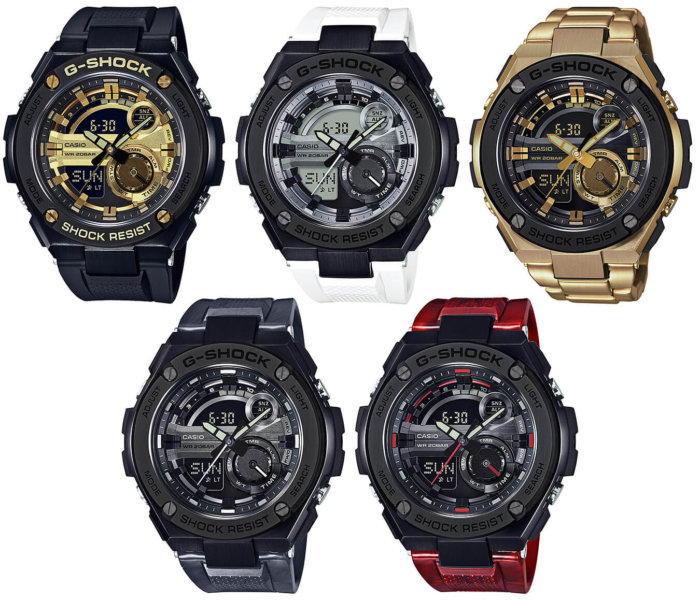 G-Shock Asia announced five new G-STEEL GST-210 watches in a variety of styles. The GST-210B-1A9 has a trendy black and gold design with a black resin band and gold lettering, gold front screws, and a gold face. The GST-210B-7A has a two-tone black and white look with a black body and face and a white resin band. The GST-210GD-1A has a body and stainless steel band treated with a gold ion-plating combined with a black bezel and display for a classically upscale look. The GST-210M-1A and GST-210M-4A are black-bodied models with marbled resin bands made with G-Shock’s unique mixed color molding process. The marbled designs on these bands appear to be much more subtle than other marbled G-Shock models. The GST-210M-1A has a black band lightly mixed with gray and the GST-210M-4A has a red band lightly mixed with black. All five models feature the G-STEEL GST-210’s unique dual-layer bezel design with an outer stainless steel bezel and an inner resin layer. 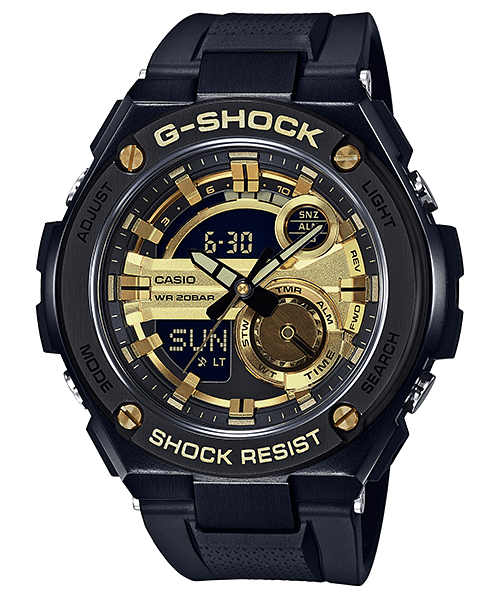 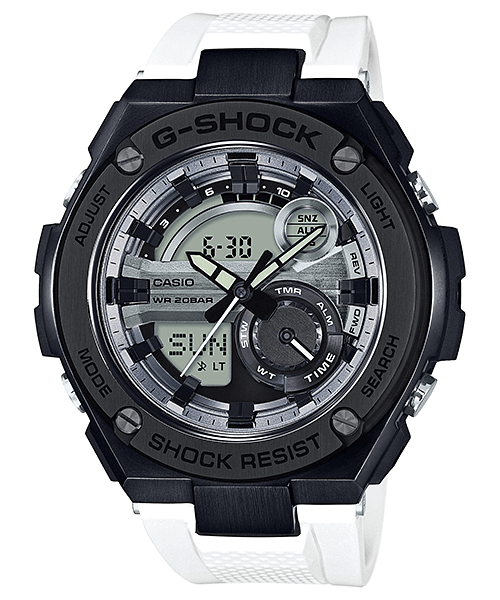 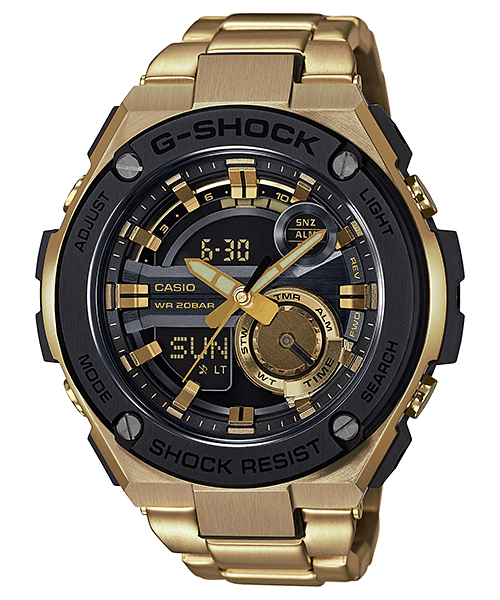 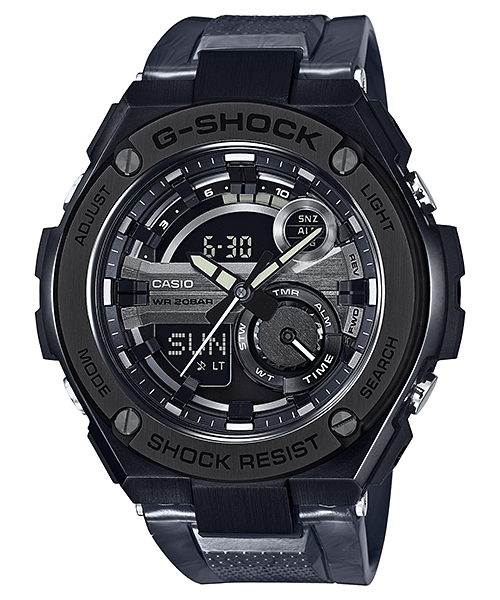 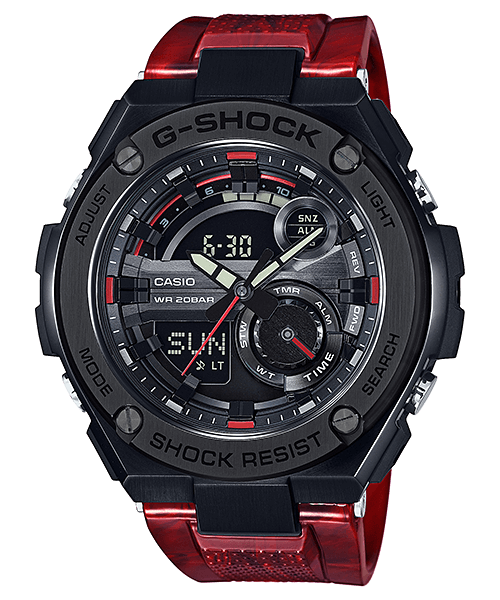