Following the seasonal Sakura Storm Series featuring a cherry blossom theme from earlier this year, G-Shock is releasing the Kyo Momiji Color Series in September, another Japanese culture series featuring a theme inspired by the falling autumn leaves and their orange colors. 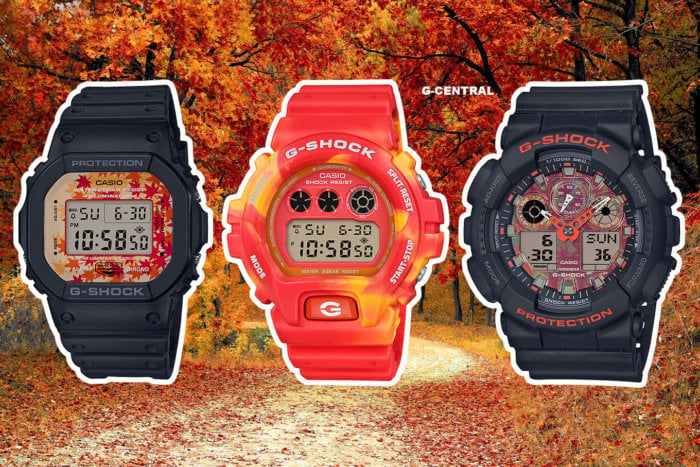 Announced for Japan so far, the series includes two mid-size digital models and one large-case analog-digital model: the DW-5600TAL-1JR (left), DW-6900TAL-4JR (middle), and GA-100TAL-1AJR (right). In our opinion, the standout model is the DW-6900TAL-4JR with its vividly marbled orange and yellow bezel and band. We haven’t seen a G-Shock with this type of marbled resin since 2016, when the style seemed to be on the verge of breaking out. The result of this mixed molding process is that every watch is unique, and no two watches look exactly the same.

The Sakura Storm Series was also released outside of Japan and Asia, so it’s possible that the Kyo Momiji Color Series could get a wider release as well.

Black bezel and band with orange leaf motif on the face, leaf graphic on band keeper (possibly a cut-out section), and leaf image on EL backlight. 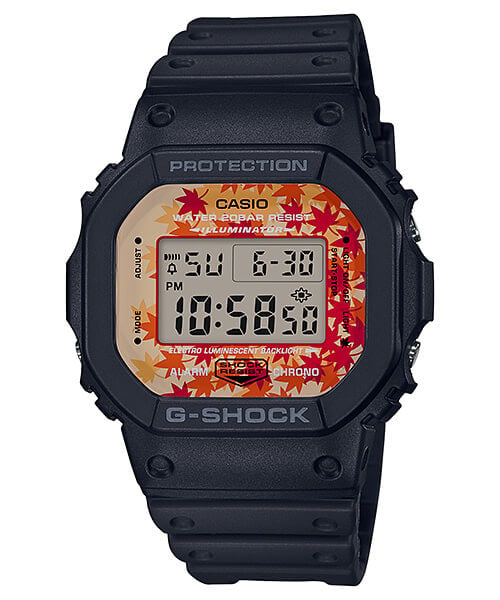 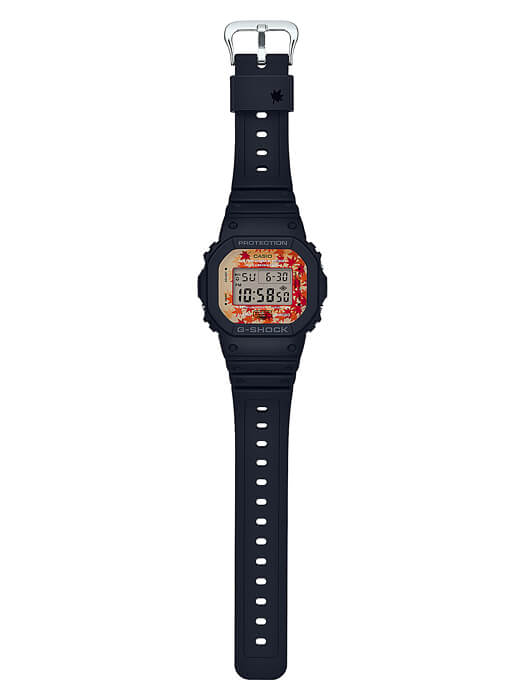 Marbled orange and yellow bezel and band with leaf graphic on band keeper (possibly a cut-out section) and leaf image on EL backlight. 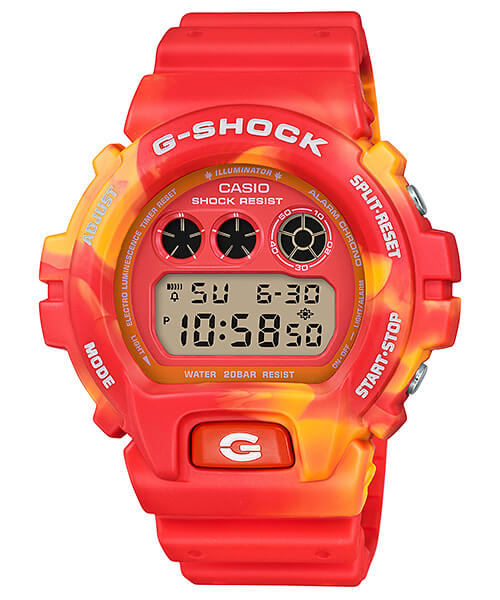 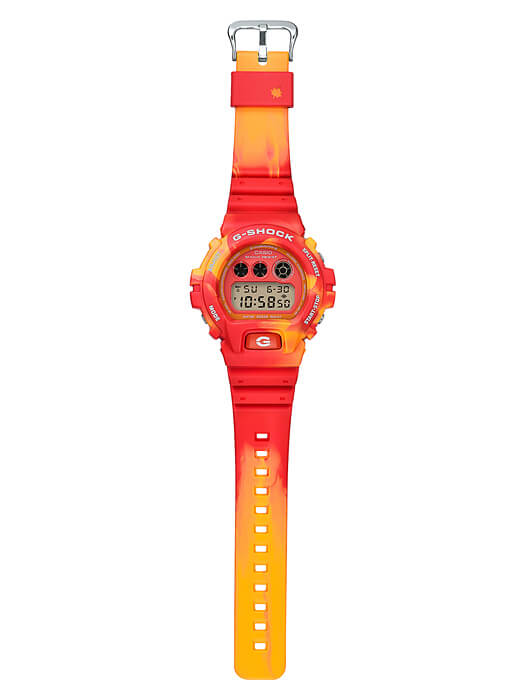 Black bezel and band with orange lettering, orange and white hands, and a camouflage-style leaf pattern on the dial. 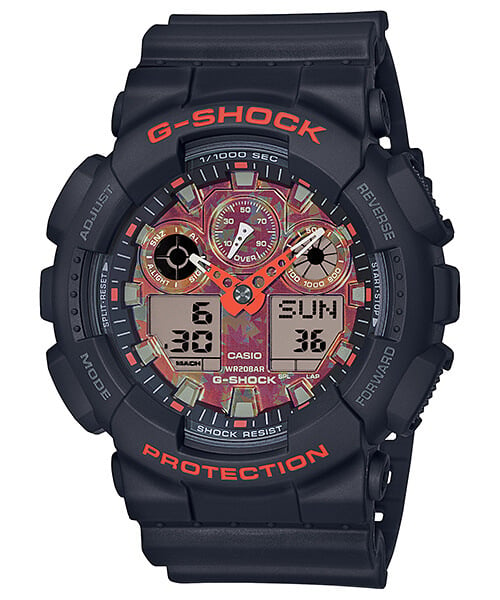 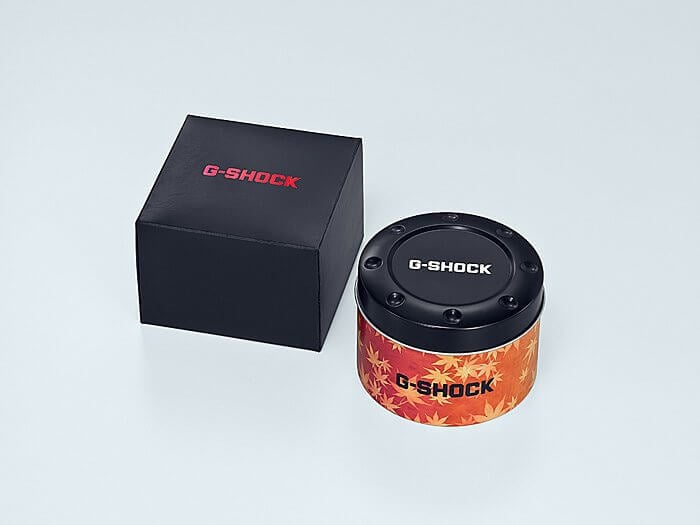 G-Shock City Camouflage Series: Black-Orange-Blue & Digi Camo
Disclosure: G-Central is managed by fans and supported by ads. We may earn a commission on purchases from our links to Amazon, eBay, and Reeds Jewelers.