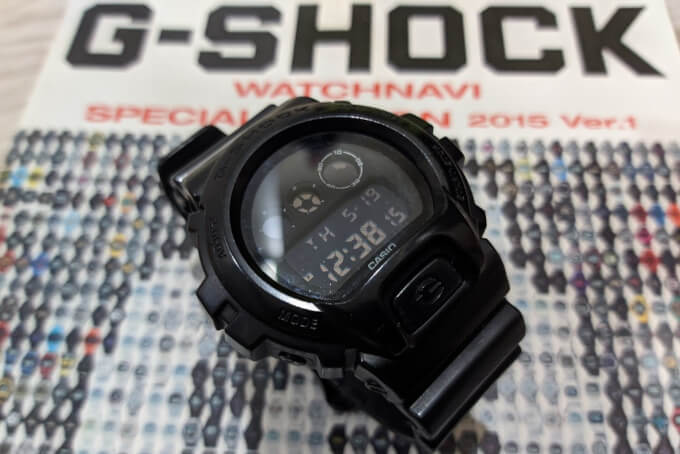 The G-Shock 6900 series, once a streetwear staple commonly seen on the wrists of celebrities in the 2000s (gq.com), appears to be on the decline when it comes to new releases. Until recently, the DW-6900 was often included in new color series along with other models.

The 6900 series is essentially the DW-6900, but it includes other models like the extra-large GD-X6900 and the enhanced GW-6900 with Tough Solar and Multi-Band 6. The DW-6900 made its debut in 1995, evolving from the round case of the military-favorite DW-6600 (the first G-Shock with an EL backlight and front-facing light button) and adding the “Triple Graph” style of the DW-5900. As of 2019, the DW-6900 was G-Shock’s top-selling base model of all time in Japan and the third best-selling model worldwide. As one of the “four masterpieces of G-Shock” according to Casio, we don’t expect it to ever be discontinued.

Limited edition DW-6900 watches still sell very well, like the recent John Mayer and Kid Cudi collaborations that sold out nearly instantly, and the GW6900-1 is still a popular model in the U.S. Casio introduced the metal-covered GM-6900 series with a stainless steel bezel in 2020 for the 25th anniversary of the DW-6900, and these models are still available. 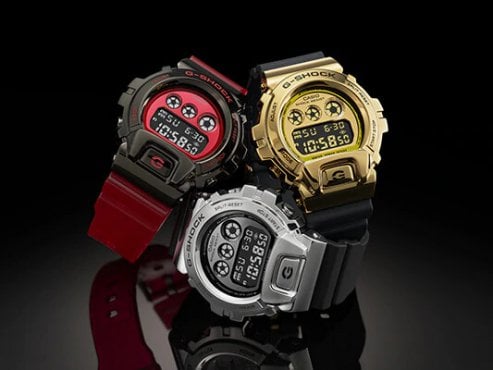 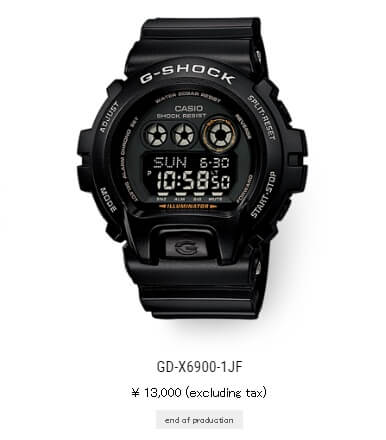 Judging by its exclusion from recent color series, it appears that the DW-6900 will be reserved mainly for limited edition collaborations going forward. The preference for analog displays and the overwhelming popularity of the GA-2100 series probably have something to do with this, and the current market conditions may not support the introduction of many new models from two classic digital lines (with the 5000-5600 series being the main one). This is not necessarily bad, as scarcity is likely to drive demand for the few that are released and make them all the more special. We aren’t ruling out the possibility of seeing new 6900 models later this year, and there are bound to be some for the upcoming G-Shock 40th Anniversary.

These popular 6900 models are still available.

Aline Jost-Di Raimondo wears G-Shock watches
Disclosure: G-Central is managed by fans and supported by ads. We may earn a commission on purchases from our links to Amazon, eBay, and Reeds Jewelers. Please follow your country's official G-Shock site for additional release information.

One of the best looking G shocks. Sad to see it dying off.

I own two of the GW-6900 and consider them really pure to the G-Shock spirit. Sad to see them in decline but the market gets what the market wants.
BTW, the GDX-6900 link is broken.

I don’t get the appeal of the 6900 series either. The front button is nice but otherwise there’s a huge waste of face real estate for digital dials that don’t matter. The face is round but the screen is square, further wasting face. End result is like 60% of the face is wasted. 5000-5600 makes more sense

I too am sad to see that the 6900 series is on the decline. Though it’s a personal preference, I don’t quite understand the push for analog G-Sshocks these days. I have a few analog digital and they’re more annoying than they are convenient. Half the time the screens are obscured and I’ve always thought the digital G-Shocks are super easy to read and tougher watches. This switch to analog I suppose is a bit disappointing and confusing. I’ve noticed it with the MT-G line and even MR-G used to have quite a few really cool digital models. I could go on and on about my desire for more digital models, especially all metal digital models, but my 6900 is one of the more comfortable watches I own.

6900 is arguably the most iconic G-Shock ever, along with classic 5660, and IMHO the best looking one. I have many variations, most of them them MADE IN JAPAN, most of them around 25 years old and still looking and working perfectly. I understand why Casio is focusing in ana digi models as they sell better, but will their last that long? I doubt it.