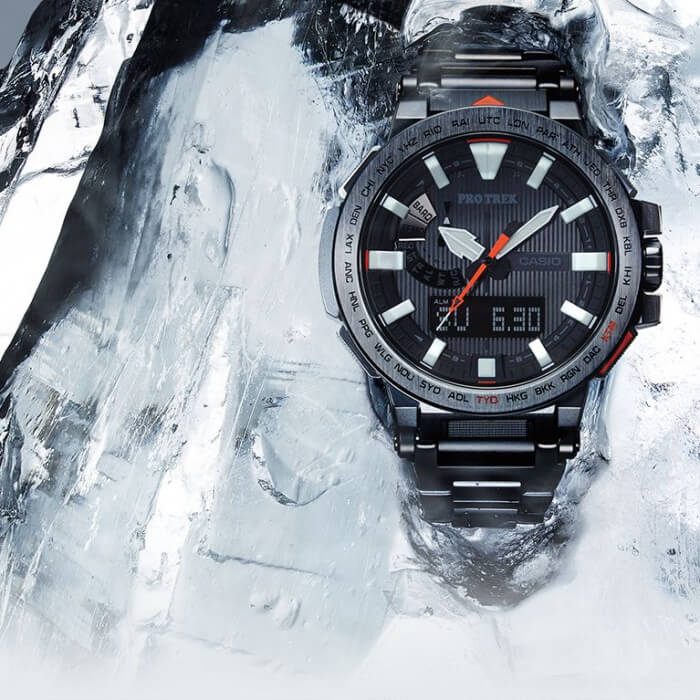 The Pro Trek PRX-8163YT-1 First Manaslu Ascent 60th Anniversary Model is a special edition watch that celebrates the first ascent of the Manaslu Nepalese Himalayas, the eighth highest mountain in the world. A Japanese team accomplished the feat in 1956 and the Pro Trek Manaslu PRX-8000 series, from the Prestige Line, is named after this accomplishment.

The Pro Trek PRX-8163YT-1 is limited to 300 units worldwide. It differs from the standard PRX-8000T models with its DLC (diamond-like carbon) coating on the case and band. This DLC coating hardens the surface, has a rich black color, and provides improved scratch resistance. The watch also has a special case back featuring the embedded image of a commemorative coin. The coin has stars representing the world’s 14 peaks in the 8,000-meter class, with Manaslu positioned at as eighth. The case back also has an engraved serial number showing the watch’s unique production number.

The Pro Trek PRX-8163YT-1 was designed in collaboration with professional mountaineers for climbing and summiting activities. It features a clean, high-visibility face and a slide-adjustable band. The hands have a luminous coating and the index markers have a double phosphorescent treatment for enhanced night time visibility. It is equipped with the Triple Sensor Version 3 to measure direction, atmospheric pressure/temperature, and altitude. Other key features include Tough Solar power, radio-controlled Multi-Band 6 timekeeping, world time, 1/100 second stopwatch, 100-meter water resistance, low temperature resistance (-10 °C/14 °F), and full auto dual LED lights. 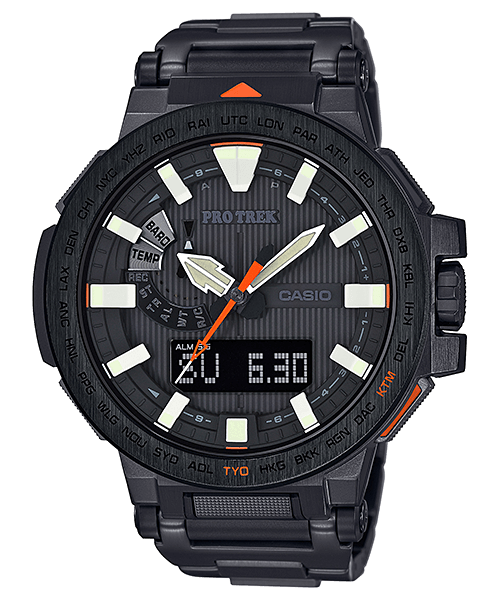 Casio Pro Trek PRW3510Y-1 Now Available In U.S.
Disclosure: G-Central is independently managed by fans and supported by ads. We may earn a commission on purchases from our links to Amazon, eBay, and Reeds Jewelers.