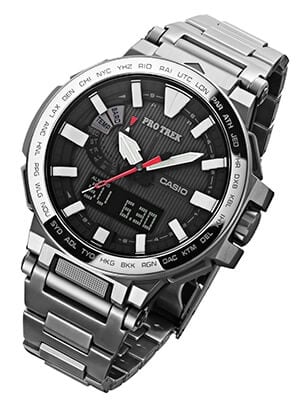 One of Casio’s major announcements at Baselworld 2017 was the release of the limited edition Pro Trek PRX-80000MT, the most recent addition to the PRX-8000 Manaslu Prestige Line named after the eighth highest mountain in the world. Featuring Sallaz polishing to produce a shiny Titanium Ti64 bezel with a mirror finish, this striking new model is inspired by the view of snow-capped mountains under the sun. This ultra-exclusive Pro Trek is limited to 300 units, with the production number engraved on the case back.

The high-contrast display of the PRX-80000MT has a dark face with white markers and a sapphire crystal with anti-reflective coating. The hour markers are processed with a photo-luminescent printing and phosphorescent coating for easy visibility in the dark. The watch also has a metal folding clasp band that allows adjustments up to 6 millimeters without the the use of tools, a useful feature when wearing the watch with gloves. A titanium carbide coating is applied to the bezel and case to improve wear resistance. 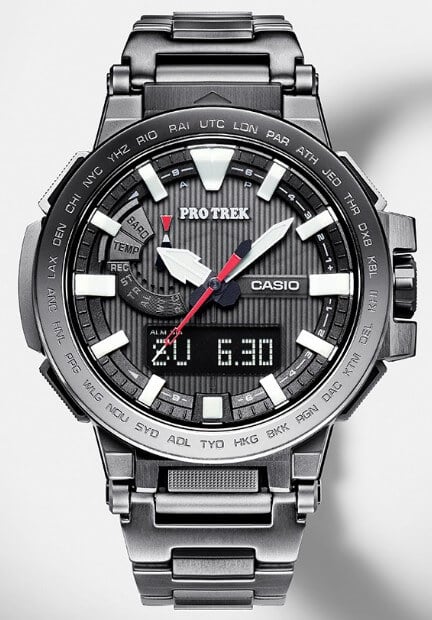