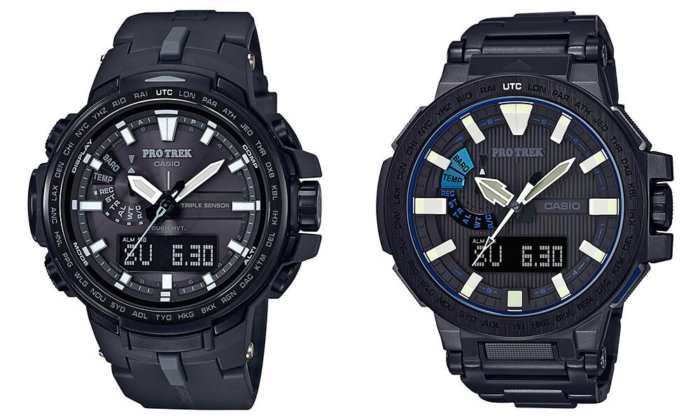 The PRX-8000YT-1B is a top of the line PRX-8000 Manaslu model, named after the eighth-highest mountain in the world that was first summited by a Japanese expedition in 1956. The blue accents on this model’s face are inspired by the “blue moment” of the sky glowing blue just before dawn and after sunset. There is also blue deposition layer on the edge of the watch’s sapphire crystal to accentuate the effect. The PRX-8000YT-1B has a DLC-coated titanium metal band that can be slide-adjusted up to 6 mm without any tools. It also features a stainless steel bezel, 100-meter water resistance, Tough Solar, Multi-Band 6, and Triple Sensor Version 3. 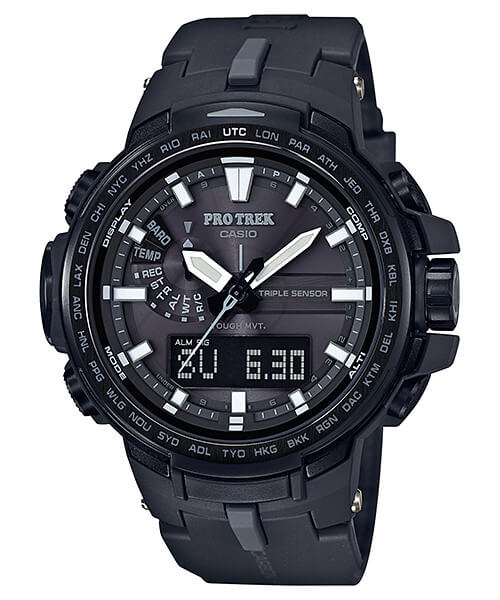 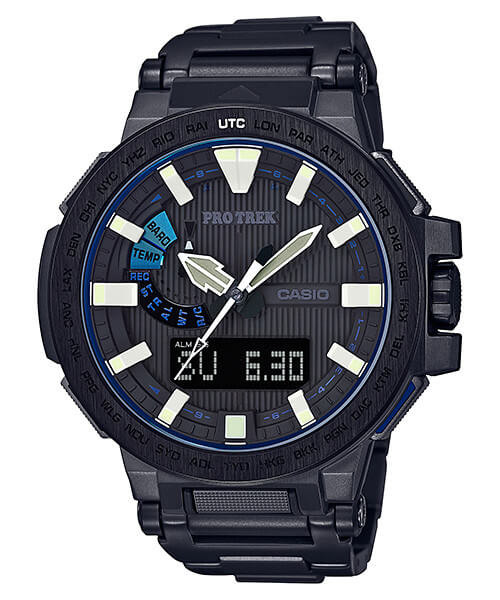 Pro Trek PRW-6600Y-2 with Tough Solar & Multi-Band 6
Disclosure: G-Central is managed by fans and supported by ads. We may earn a commission on purchases from our links to Amazon, eBay, and Reeds Jewelers.

Does the prw6100mo monroe special edition have the sapphire crystal

I think you mean the PRW-6600MO-1JR Monro collaboration. No, that has a mineral glass display.
https://products.protrek.jp/_detail/PRW-6600MO-1/