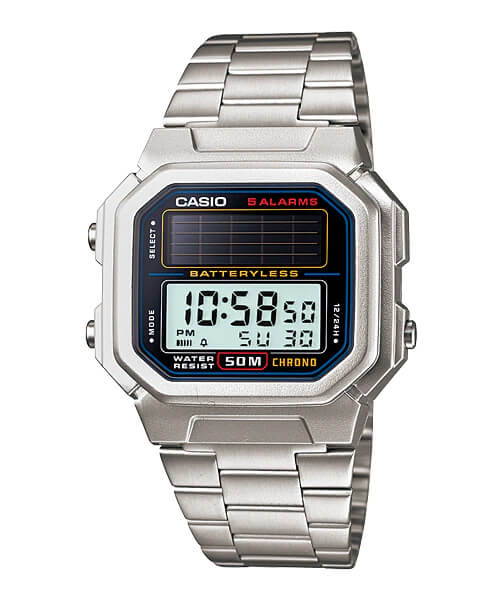 Thanks to Watch Geek’s Instagram (@watchgeekyt) for bringing the Casio AL-190 series to our attention. While solar-powered G-Shock watches do their best to inconspicuously blend the solar panels into the borders or dial, the AL-190 features a large solar panel prominently located above the LCD display, giving the watch a joyously retro style.

The official specifications state that the AL-190 is “Battery-less (requires no battery replacement),” but the AL-190 does use a rechargeable “capacitor,” like other solar-powered Casio watches. The AL-190 does not have a light, but it is water-resistant to 50 meters. Other features include resin glass, 1/100 second stopwatch (59’59.99” max, with elapsed time, split time, 1st-2nd place times), countdown timer (24 hours, settable in 1-minute and 1-hour increments), 5 daily alarms, hourly time signal, low battery alert, auto calendar, and 12/24-hour format.

Unfortunately, the AL-180 and AL-190 series are no longer available, and we can only hope for another revival of the retro Batteryless line. There are some AL-190 watches on eBay, but it may be difficult to find one in good condition for a decent price. 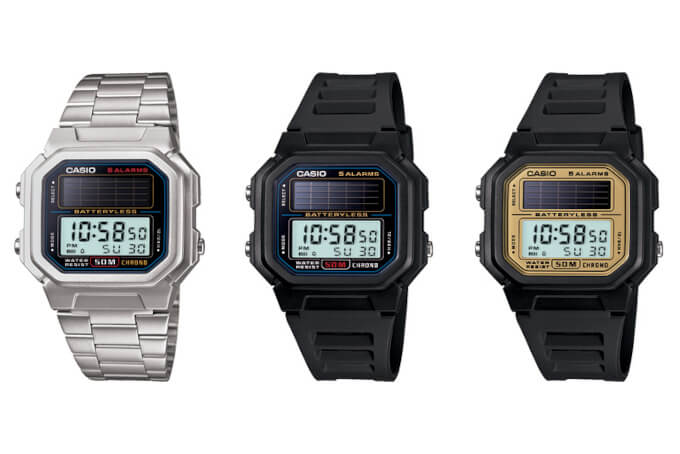 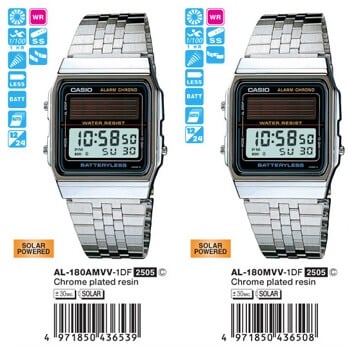 Update: Watch Geek also posted a video on YouTube about his AL-190 and will also be doing a full review and tutorial later.

Team G-Shock & Baby-G Athletes in the 2020 Summer Olympics
Disclosure: G-Central is managed by fans and supported by ads. We may earn a commission on purchases from our links to Amazon, eBay, and Reeds Jewelers. Please follow your country's official G-Shock site for additional release information.

How long did the AL models stay charged? Casio should do a revival on the AE-20W which is also know as the Casio twin graph watch. They should revive that watch in a G-Shock format too.

Thanks for sharing my post, do check out the unboxing video and the upcoming review and tutorial of this simple, yet ubercool watch 🙂

I have a titanium LIN 155 in mint condition. I got it around the year 2000. Unfortunately the display has gone funny, with everything displayed on the screen. I’m looking for a replacement module if available?