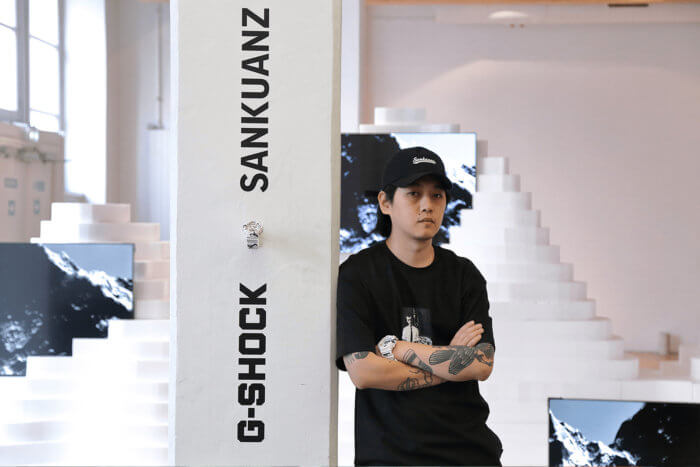 G-Shock China revealed an upcoming limited edition watch produced in collaboration with men’s fashion label Sankuanz. The Sankuanz x G-Shock GA-700SKZ-7A is a custom GA-700 with an all-white body and white display. A green and pink camouflage pattern adorns the bezel and bands along with the Sankuanz logo.

This is the first time that the large analog-digital GA-700 serves as the base for a collaboration model. Sankuanz was founded in 2008 by designer Shanguan Zhe and is getting international recognition as an emerging streetwear brand, with recent showcases in London and Paris. The collaboration watch recently appeared in the Sankuanz Spring/Summer 2018 Fashion Show at Paris Fashion Week. 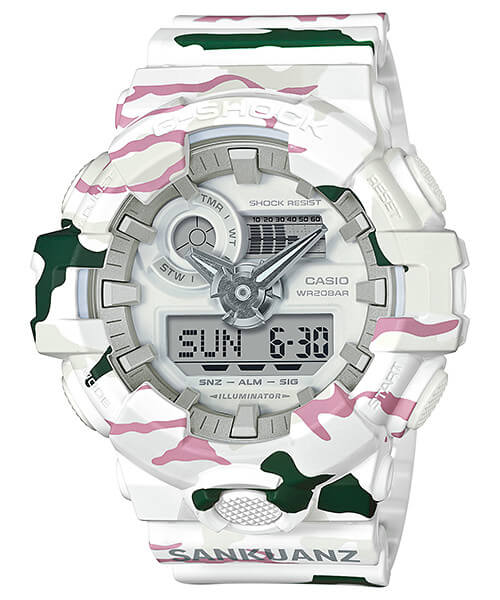 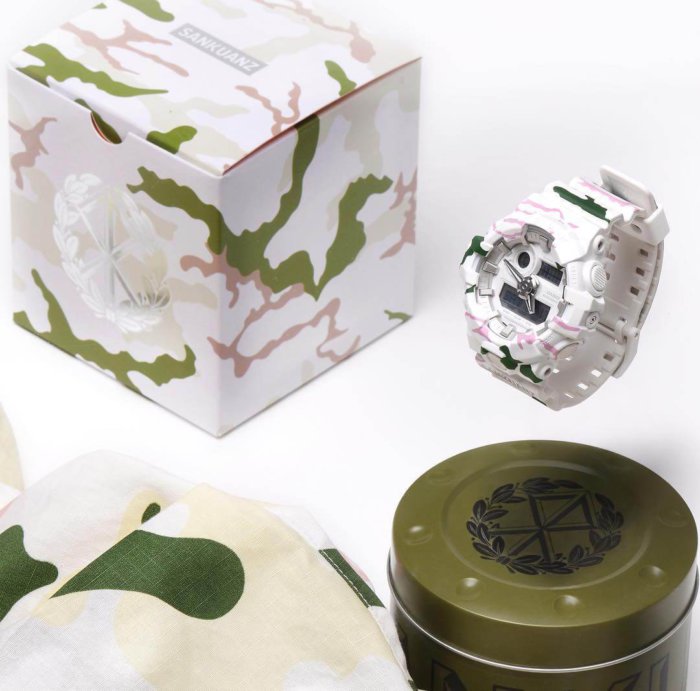 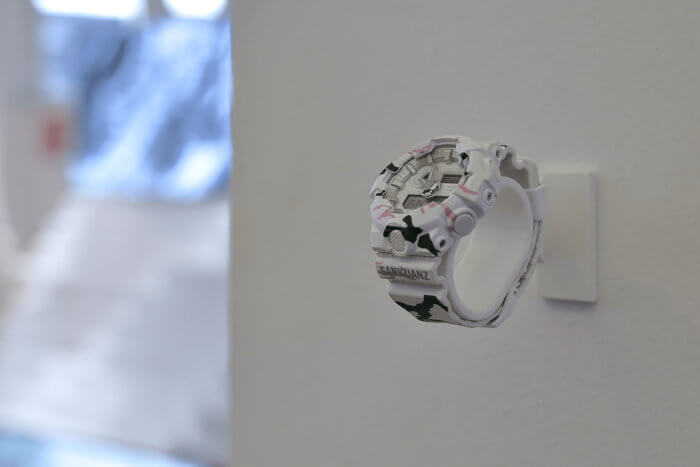 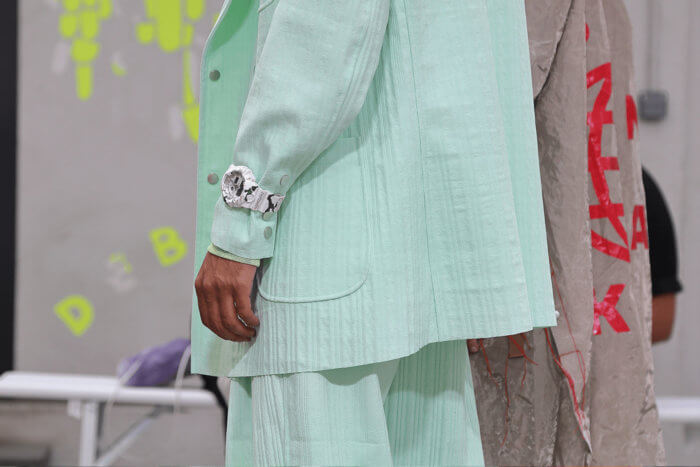