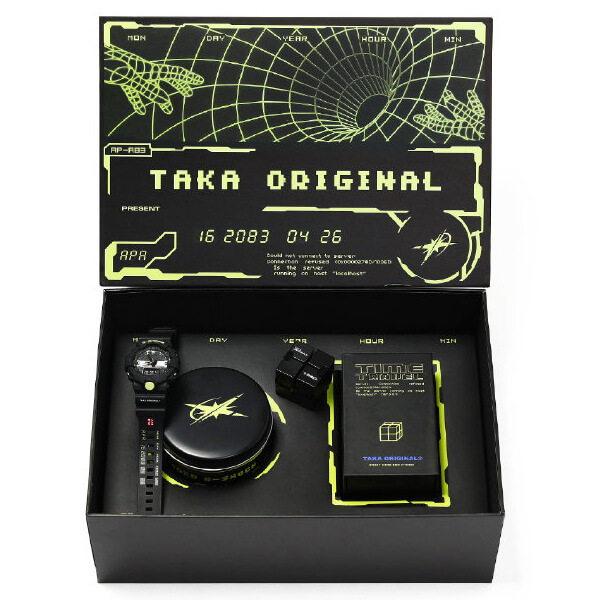 The G-Shock GA-800DC-1APRTAKA is another upcoming collaborative release in China, this time with streetwear brand TAKA Original. The box set includes a custom watch based on the G-Shock GA-800DC-1A. The theme is “time travel,” with the art on the exclusive packaging depicting a wormhole, and a date on the watch pointing to April 16, 2083, which is 100 years after the release of the first G-Shock watch. The brand’s logo appears on the lower band, and its motto “Create The Fun” appears on the upper band. Also included in the box set is a co-branded “infinity cube” fidget device with its own case.

TAKA Original, a rather mysterious but prolific streetwear brand, was founded in 2012 by Aka. The brand is a collaborative effort between team members around the world, and its website offers international shipping. 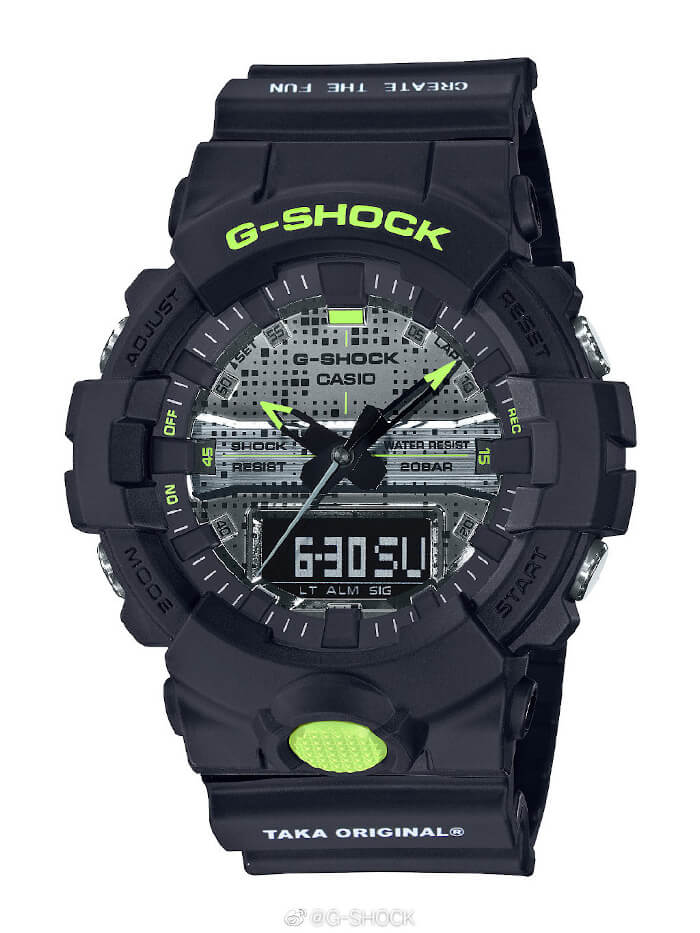 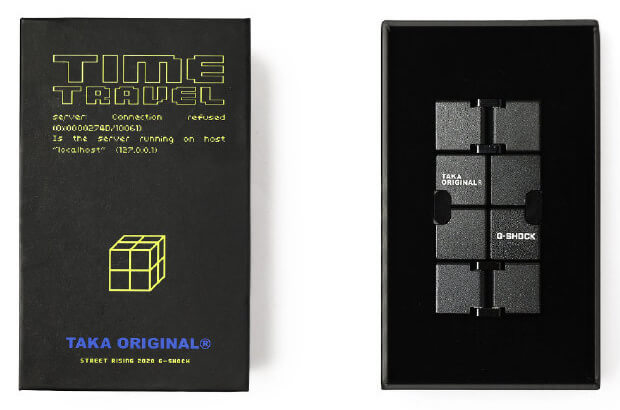