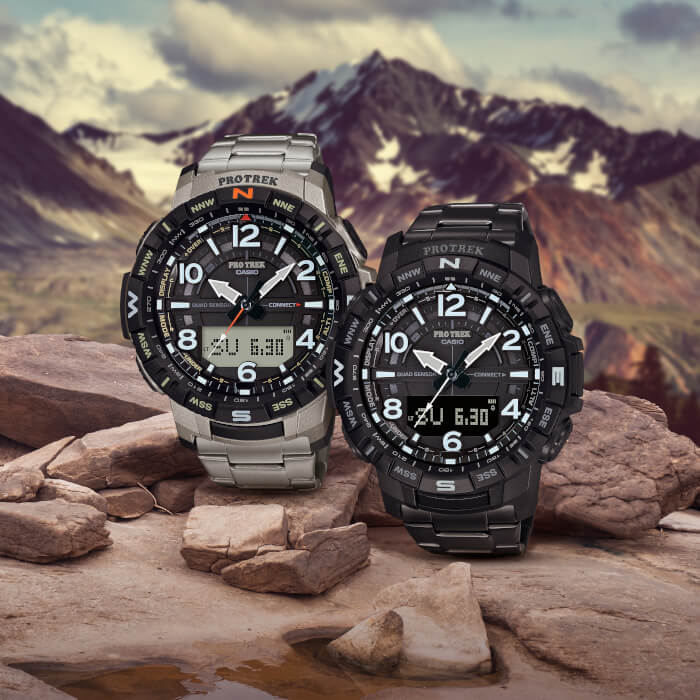 Casio America is adding two new models this spring to the Pro Trek PRT-B50 series. The PRTB50T-7 (MSRP $300) and PRTB50YT-1 (MSRP $380) have a lightweight and rust-resistant titanium band. These watches have a more traditional and formal appearance compared to the outdoorsy colors and vibe of the debut PRT-B50 models. The PRTB50T-7 has a silver and black style with orange accents for the north indication and second hand. It also has a standard LCD display, while the PRTB50YT-1 has an inverted LCD display. The PRTB50YT-1 features a black ion plating on the band and an all black style with gray and white labels and markers. 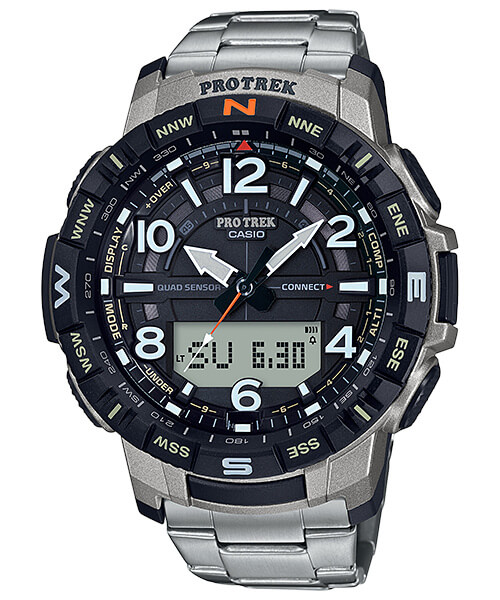 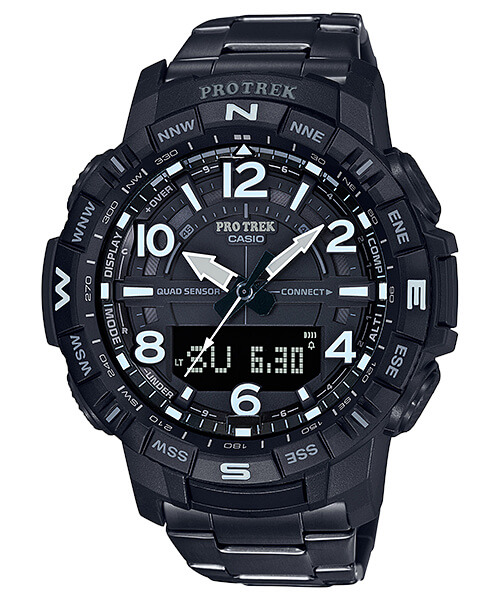 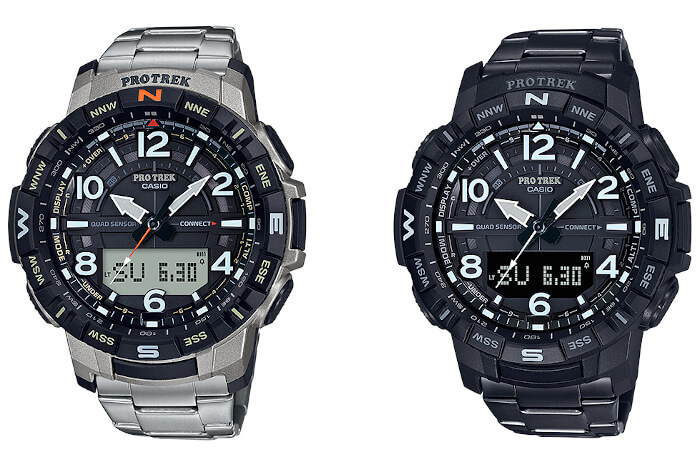 Pro Trek PRW-60: A Smaller Analog-Digital with Triple Sensor
Disclosure: G-Central is managed by fans and supported by ads. We may earn a commission on purchases from our links to Amazon, eBay, and Reeds Jewelers. Please follow your country's official G-Shock site for additional release information.

Does the Bezel made from resin ?

Yes, the bezel and case are resin.