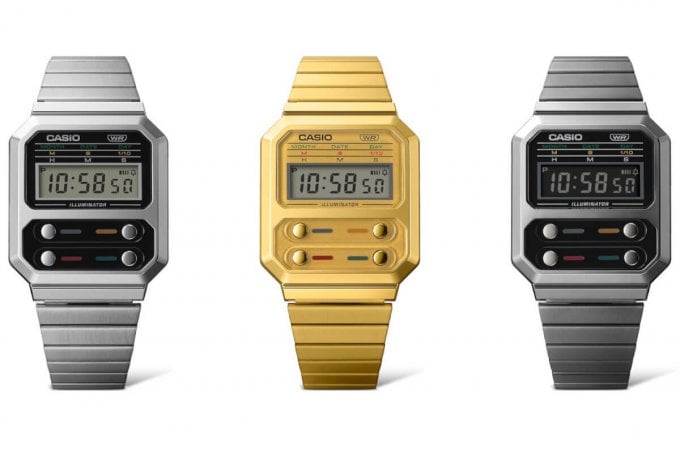 The Casio A100 base for the upcoming Casio x Pac-Man collaboration is actually an all-new Vintage Series model that is inspired by the Casio F-100 watch worn by Ripley and other characters in the classic 1979 movie “Alien.” (The Alien watch was made up by the prop department from two F-100 cases.) The A100 series (or technically the A100WE series) will launch in August 2021.

The F-100 was released in 1978 and is notable for being the first Casio watch with a full resin exterior. It has a retro-futuristic style, with four buttons on the front of the face that resemble a control panel. With its light weight, affordability, and durability, it paved the way for the success of other resin Casio models like the G-Shock line.

The F-100 has since become a rare collector’s item. The new A100 retains the same shape and structure, but it has a metallic-style chrome-plated finish (with a resin case) and a stainless steel band. There was actually a steel version of the F-100 released in 1978, the 52QS-14, but it had a slightly different shape.

The A100 series will launch with a silver edition (A100WE-1A), a gold edition (A100WEG-9A), what looks like a gray or gunmetal edition with an inverted LCD display (A100WEGG-1A), and the Pac-Man edition. 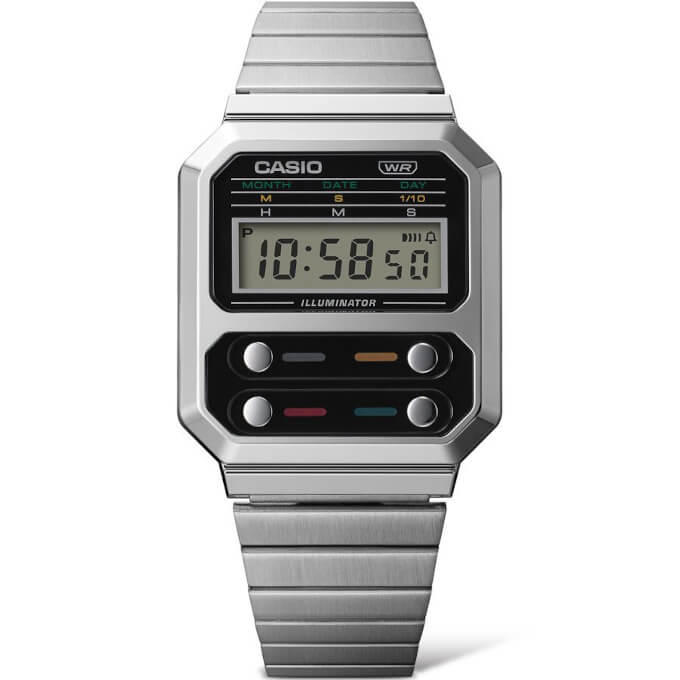 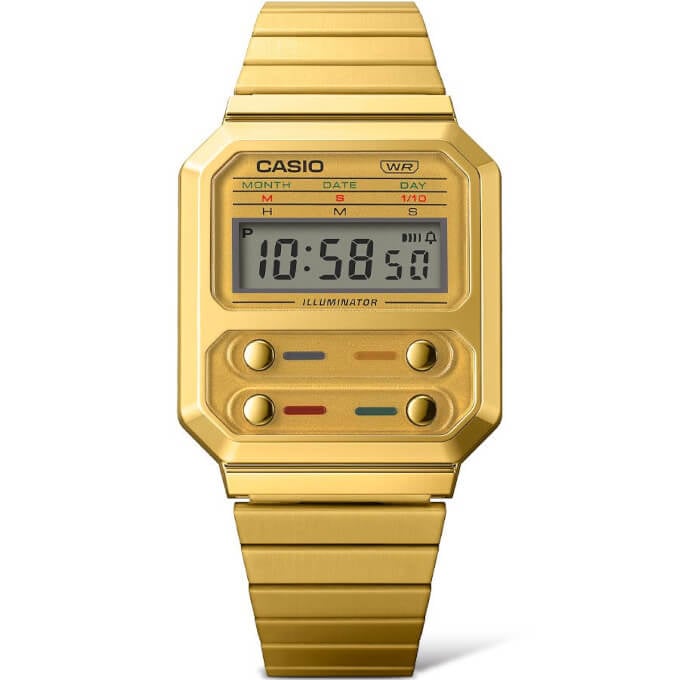 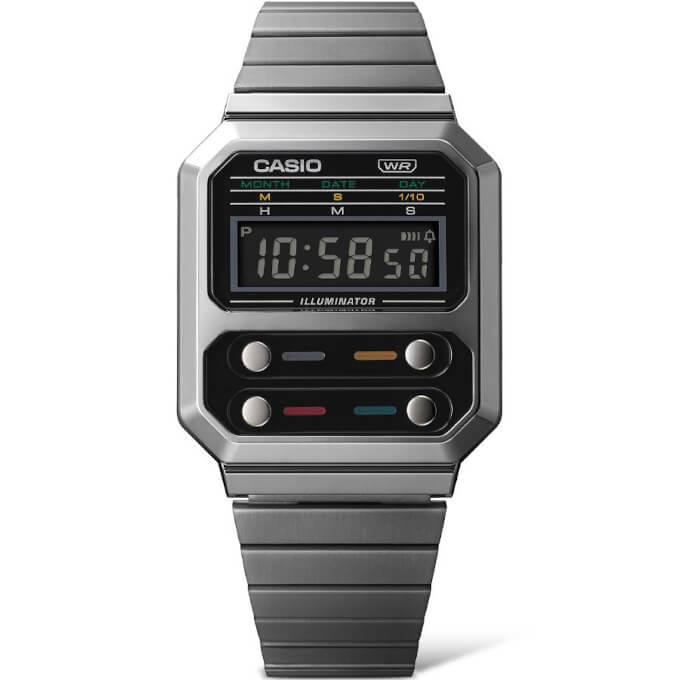 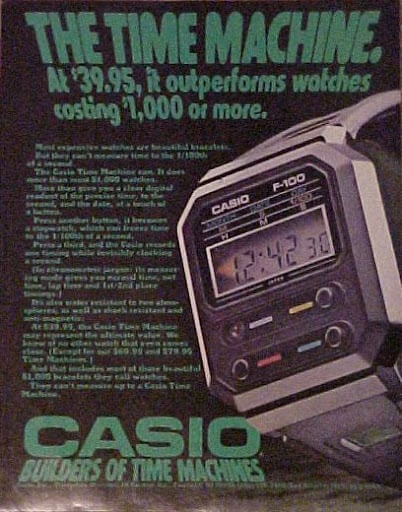 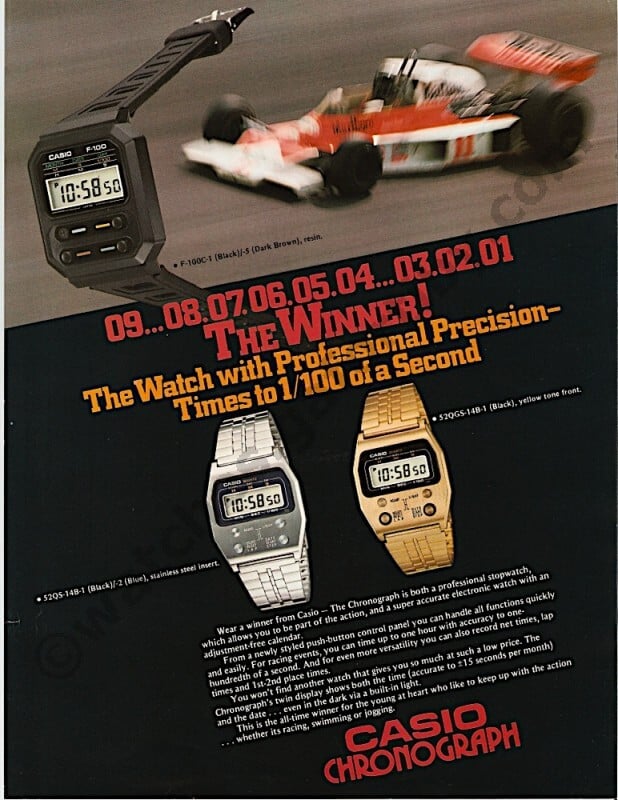 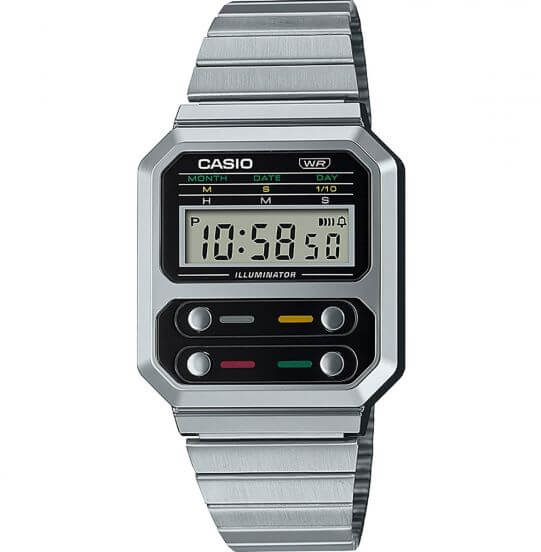 Gold medal wrestler Jordan Burroughs wears G-Shock watches
Disclosure: G-Central is managed by fans and supported by ads. We may earn a commission on purchases from our links to Amazon, eBay, and Reeds Jewelers. Please follow your country's official G-Shock site for additional release information.