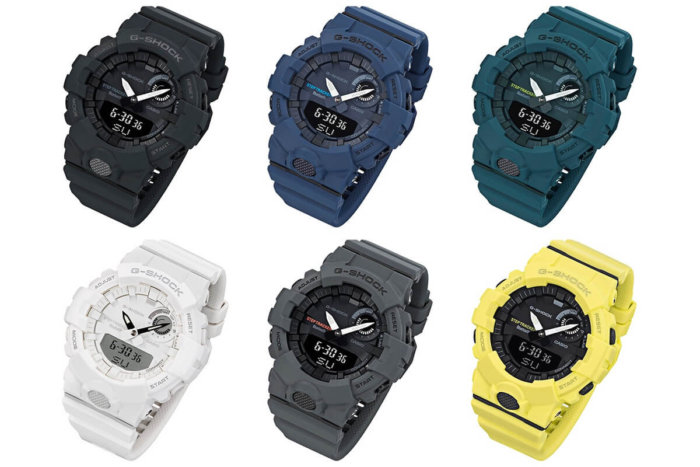 The GBA-800 has a 3-axis accelerometer and can pair with a G-Shock Connected smartphone app to track and view daily step tracking and calories burned. The app displays a graph that breaks down the steps taken into five metabolic equivalent (MET) levels in daily, weekly, or monthly views. If a smartphone is used while walking or running, the app will graphically display the steps taken and calories burned on a map. A special timer allows the user to configure five timers (up to 60 minutes each) to automatically repeat up to 20 times to create interval training workouts. The watch also has a 200-record lap memory that includes month, date, and lap/split times.

The Bluetooth connection also allows the smartphone app to set dual time display settings with 300 cities, automatically sync the time four times a day, and set the time and alarms. The Phone Finder function will set off an alarm on the smartphone by pressing a watch button.

At 54.1 x 48.6 x 15.5mm, the GBA-800 has the same dimensions of the mid-size GA-800. This smaller size makes it an appropriate choice for women too. Like the GA-800, the GBA-800 has a front button for the LED light, but does not have a third analog hand. The battery life is rated for approximately 2 years. Full features include shock resistance, 200-meter water resistance, Bluetooth Low Energy, step counter, stopwatch, countdown timer, 5 daily alarms, and auto Super Illuminator double LED light with afterglow. 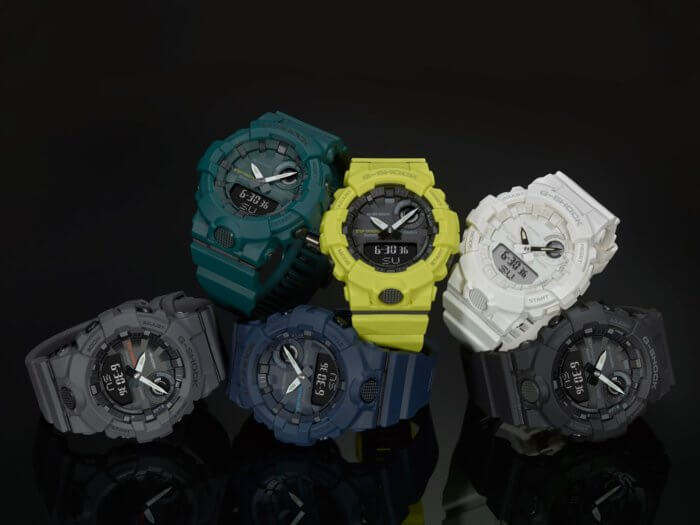 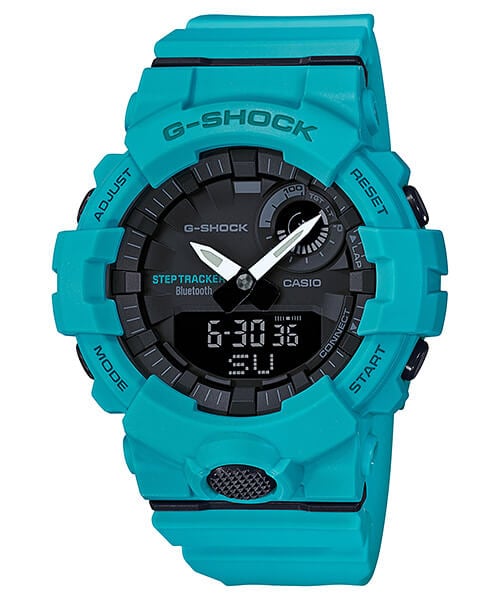 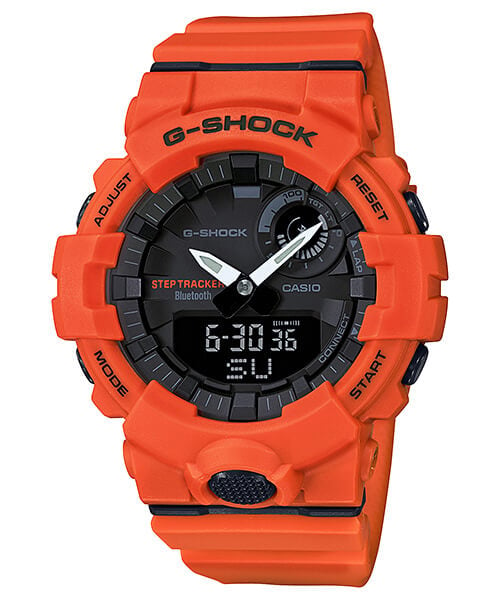 Are these available for sale yet?

The white, black, and yellow models are being released in February 2018 in Japan.

Great, thanks for solving my question!
But in my point of view, if CASIO’s engineers had opted to use “Tough Solar” system in GBA-800, it would have more commercial appeal and would be a sales success! This CR2016 battery (has a 2-year shelf life only …). This is a watch with Bluetooth® connectivity, so “Tough Solar” would be an excellent sales trigger for the new GBA-800!
But it still an nice watch!

This could have been my near perfect dream watch. Steps, Bluetooth connectivity and long battery life. But alas, no solar power. Anyone knows of such a model is in the offing?