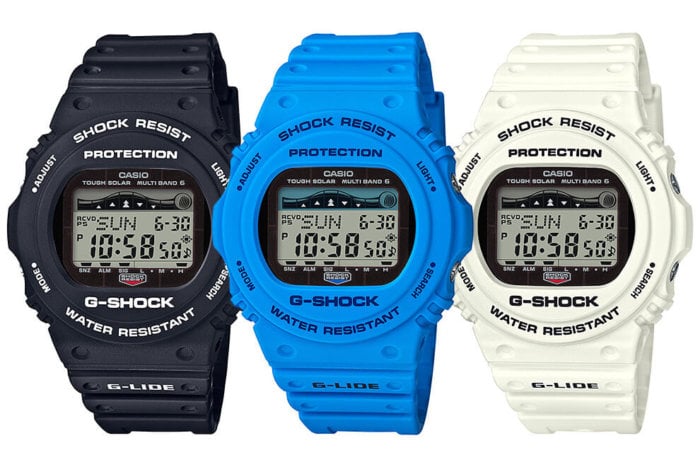 The new G-Shock G-LIDE GWX-5700 series will make its debut in Japan in May 2018 with the release of the black GWX-5700CS-1JF, blue GWX-5700CS-2JF, and white GWX-5700CS-7JF. This series features Tough Solar power and Multi-Band 6 radio time syncing, an upgrade over the current DW-5750 series. As part of the surfing G-LIDE family, the GWX-5700 also has a tide and moon graph. This is not the first solar-powered 5700 model, but it is the first with Multi-Band 6 and a tide graph. It should also be noted that unlike many other G-Shock tide graphs that only display one level of high and low, this model also shows the relative size of the high and low tides. The GWX-5700 has a relatively slim profile at 14.2 mm, making it a practical choice for surfers and athletes. Other features include world time, 1/100 second stopwatch (60 minute total with split), timer, and full auto EL backlight. The timer feature can be setup for 2 sets of time (up to 99 minutes 55 seconds) and the measurement times can be set from 1 to 10 times, a handy feature for events like surfing tournaments. 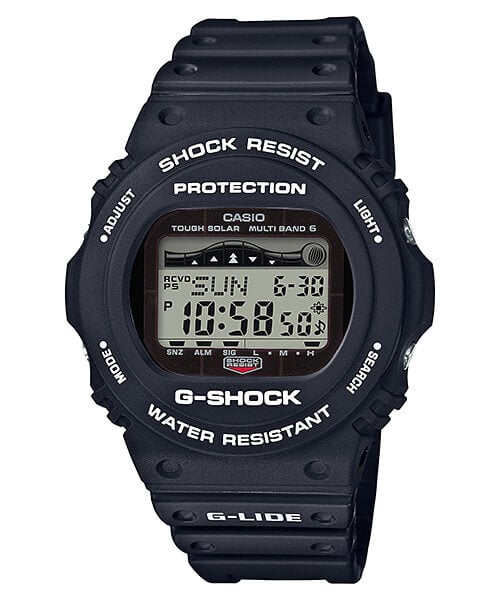 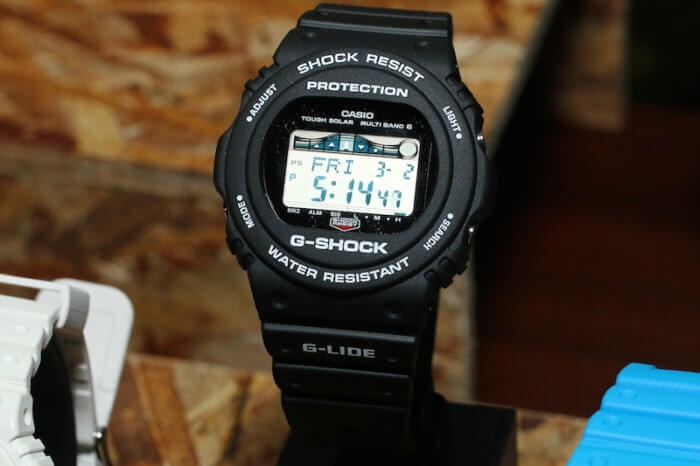 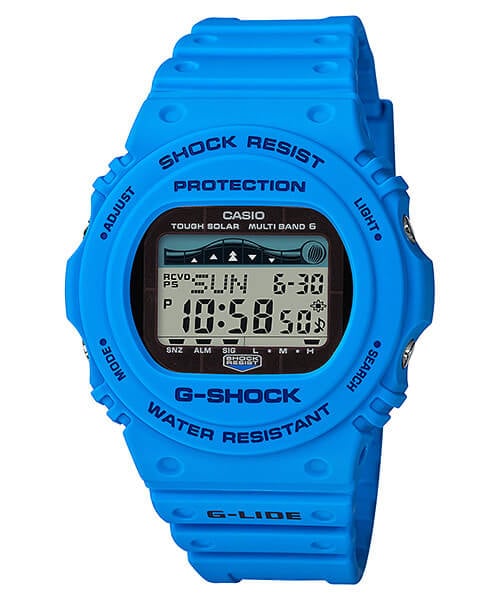 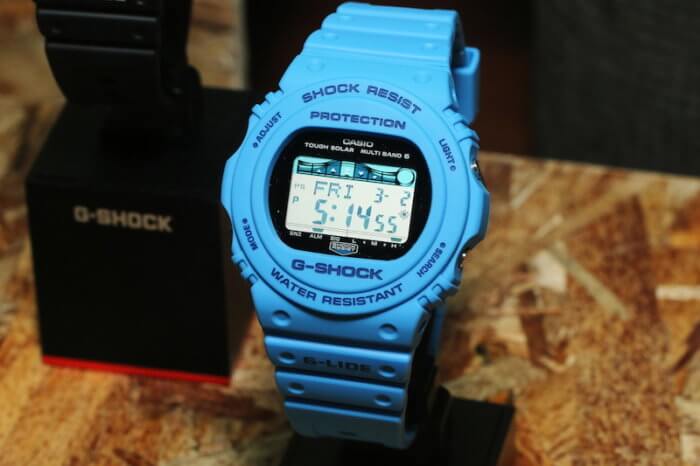 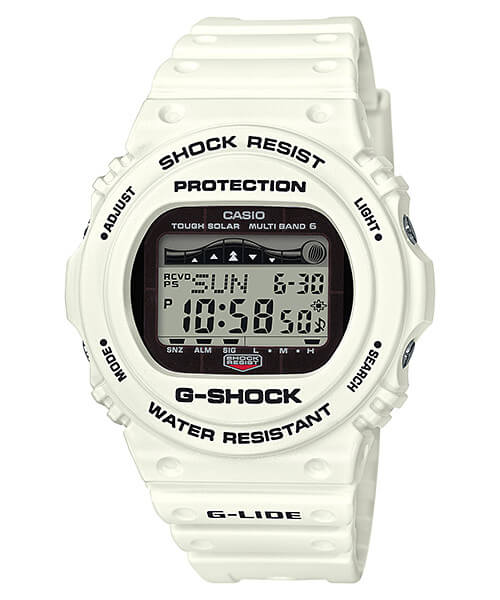 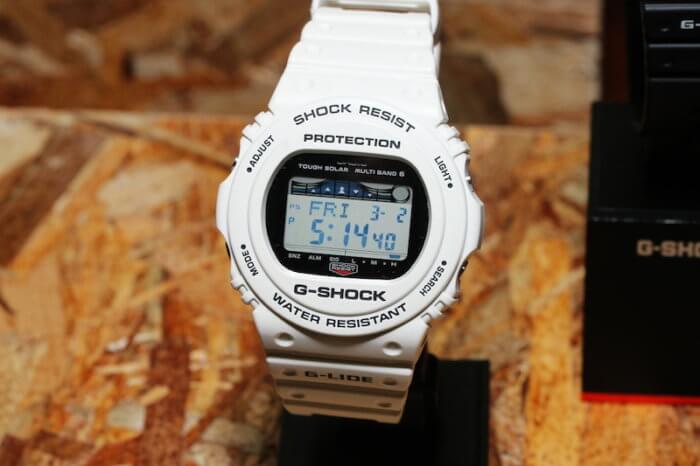 Ron Herman x G-Shock GWX-5700 for 2020
Disclosure: G-Central is managed by fans and supported by ads. We may earn a commission on purchases from our links to Amazon, eBay, and Reeds Jewelers. Please follow your country's official G-Shock site for additional release information.