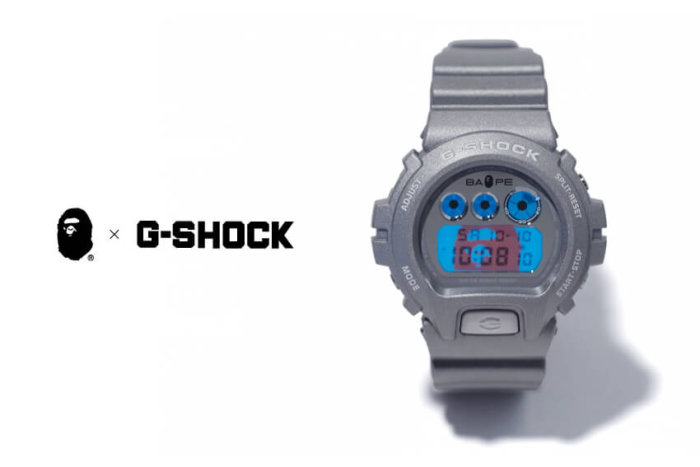 Popular Japanese fashion brand and frequent G-Shock collaborator A Bathing Ape (BAPE) is releasing a new DW-6900FS limited edition G-Shock watch. The watch is part of the new AW collection and will be released on September 19 only in Japan. The watch is described as a “Reflective G-Shock” and it seems to have a shimmering quality to its surface. The watch has a winter-themed silver-gray color with a BAPE logo on the face, a custom logo with “World Gone Mad” engraved on the case back, “A Bathing Ape” printed on the band, and a custom BAPE logo EL backlight. The price is 22,680 yen.