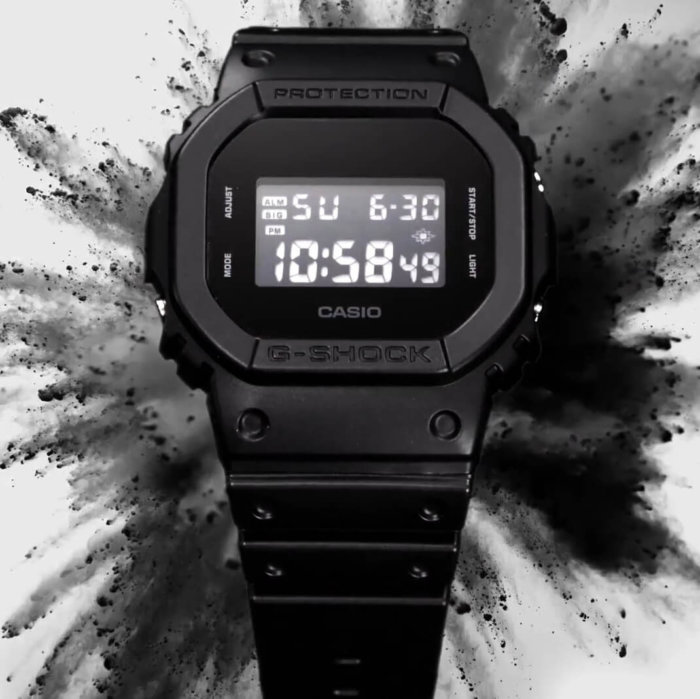 The basic black G-Shock DW-5600BB-1 has been around since 2012 but hasn’t been featured on G-Central except in its Cordura band version. It is one of the few stylized DW-5600 watches that has become an established model in the lineup with its relatively long production run. G-Shock released a new video showcasing the minimalist style and emphasizing the shock and water resistance of this affordable watch. It is currently the top-selling G-Shock watch on Casio’s Japan mail order site. The DW-5600BB-1 features the original square G-Shock case in matte black, stealth bezel lettering, a clean and minimalist face design, and a reverse LCD display.