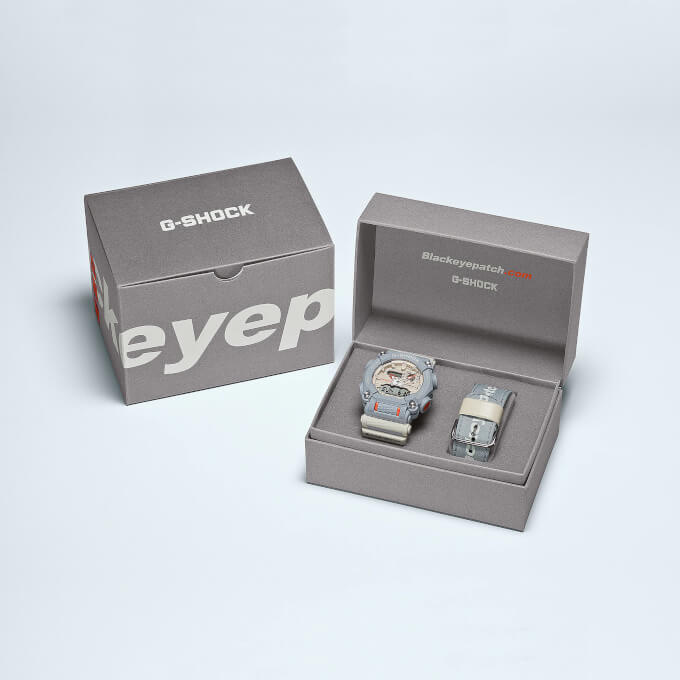 G-Shock Japan announced an upcoming collaboration with Japanese fashion brand BlackEyePatch. The G-Shock GA-900BEP-8AJR will be released in Japan in September with a tax-included price of 24,200 yen. The GA900BEP-8A is also expected to be released in the U.S. for $190 and will likely be released worldwide.

The gray and orange colors are inspired by workwear, and the watch includes a gray resin band and a cloth band. BlackEyePatch logos appear the dial, case back, and bands. The limited edition GA-900BEP-8A features an industrial design with world time, 1/100-second stopwatch with direct start button, countdown timer (60 minutes), 5 daily alarms with 1 snooze, and LED light with adjustable afterglow. The GA-900 base has an approximate 7-year battery life, which is significantly longer than most non-solar G-Shock watches with an analog display.

BlackEyePatch has previously worked with G-Shock and designed the packaging and elements for some of the Japanese culture series like the Nishikigoi Series.

Release Updates: The GA-900BEP-8A was also announced for a September 2021 release throughout Asia. The GA900BEP-8A is now available for $190 at gshock.com. 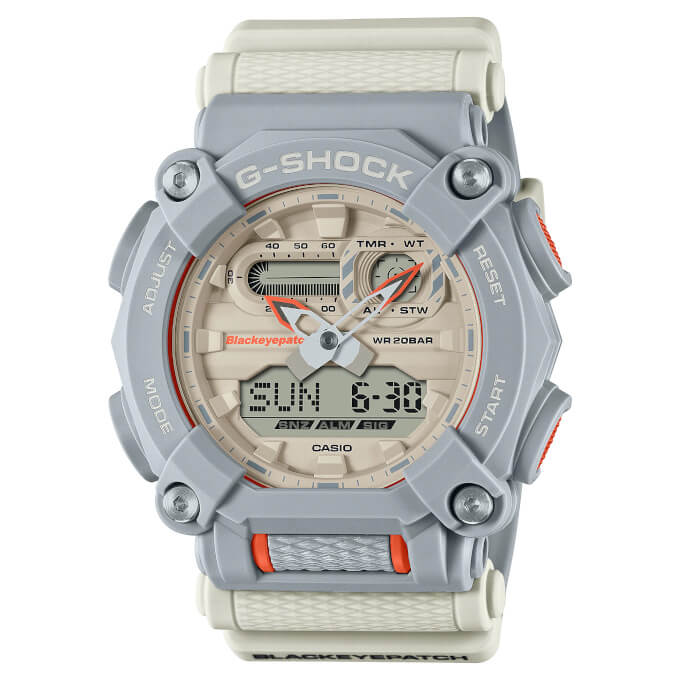 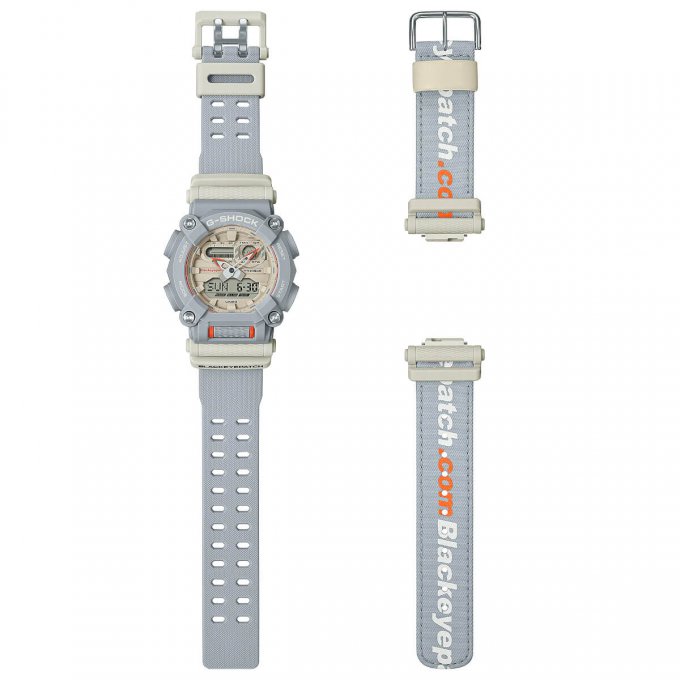 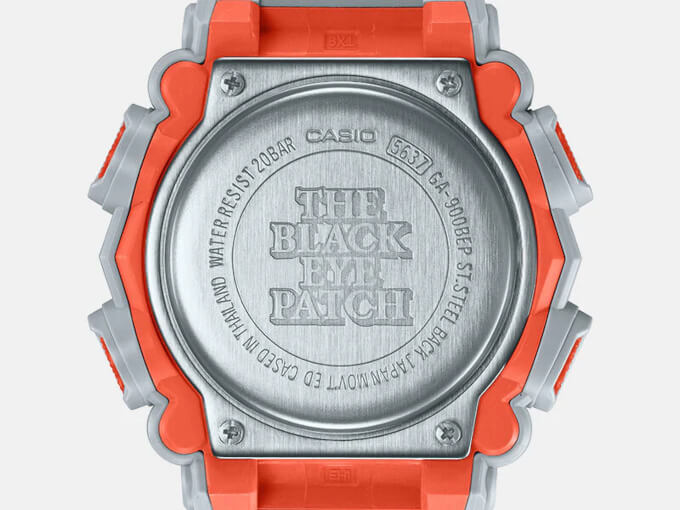 G-Shock GMA-S140M with Metallic Markers and Accents
Disclosure: G-Central is managed by fans and supported by ads. We may earn a commission on purchases from our links to Amazon, eBay, and Reeds Jewelers.