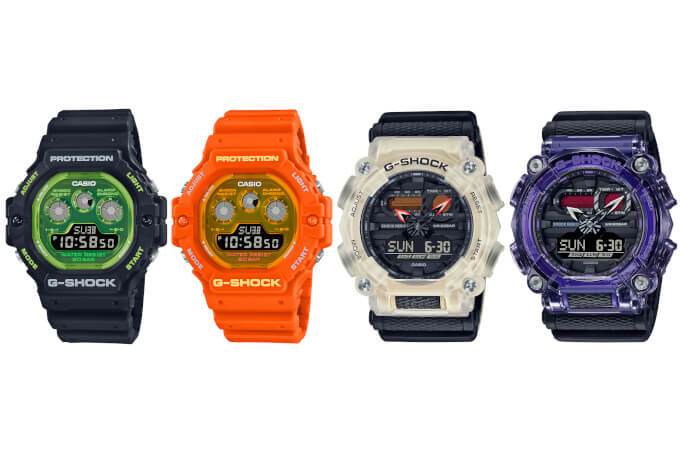 The G-Shock DW-5900TS-1 and DW-5900TS-4 are different from the usual skeleton models in that the translucent part is not the bezel or band, but the face. This allows the LCD display and part of the inner module to be seen from the outside, as well as the EL backlight when activated. The retro DW-5900 series was originally active from 1992 to 1993 and was revived in 2018.

We’ve been seeing how the heavy duty and energy efficient G-Shock GA-900 lends itself quite well to colorful designs lately, and the GA-900TS-4A and GA-900TS-6A are two more examples of this. These models feature translucent bezels and cloth bands made with a reflective material, and have an approximate 7-year battery. 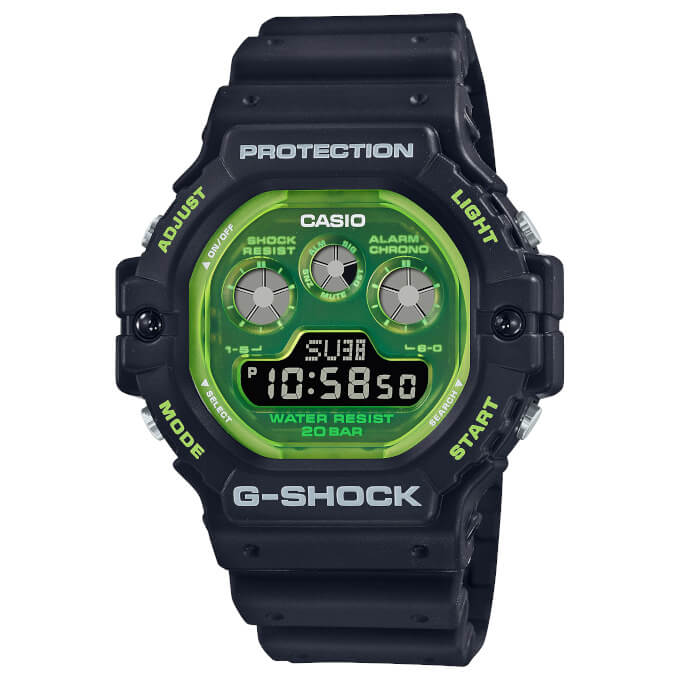 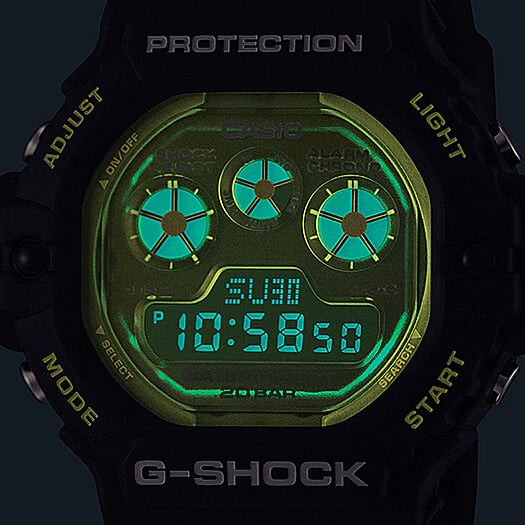 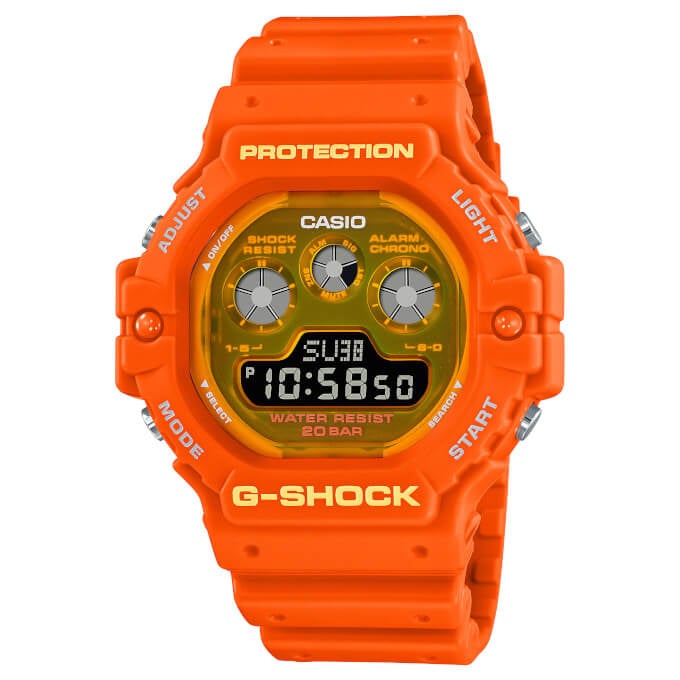 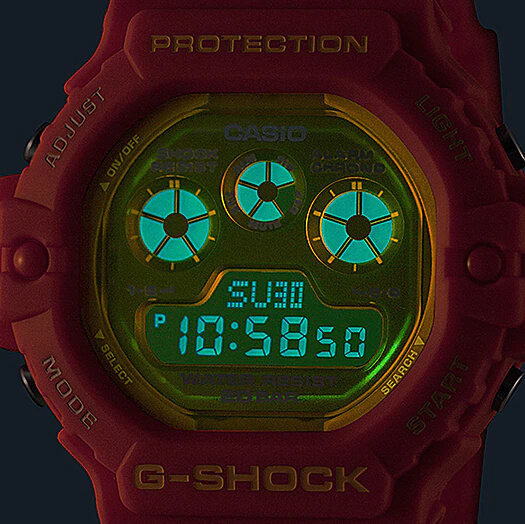 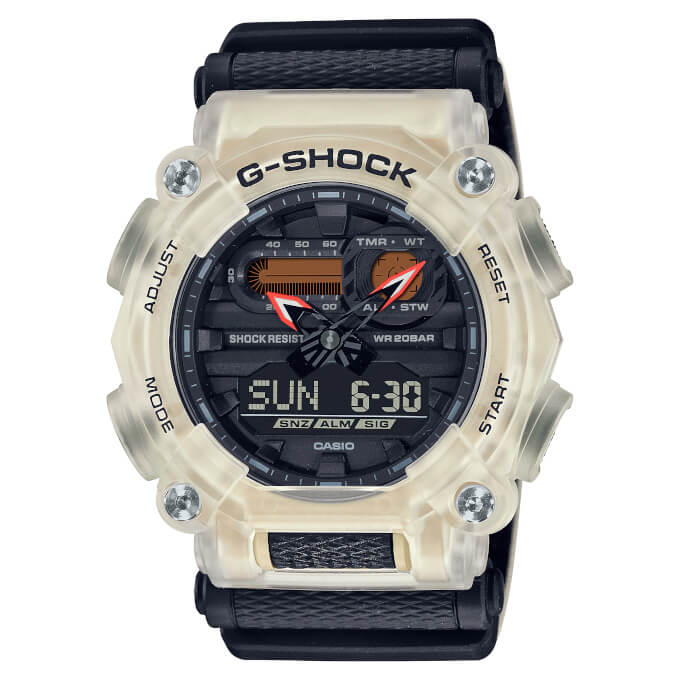 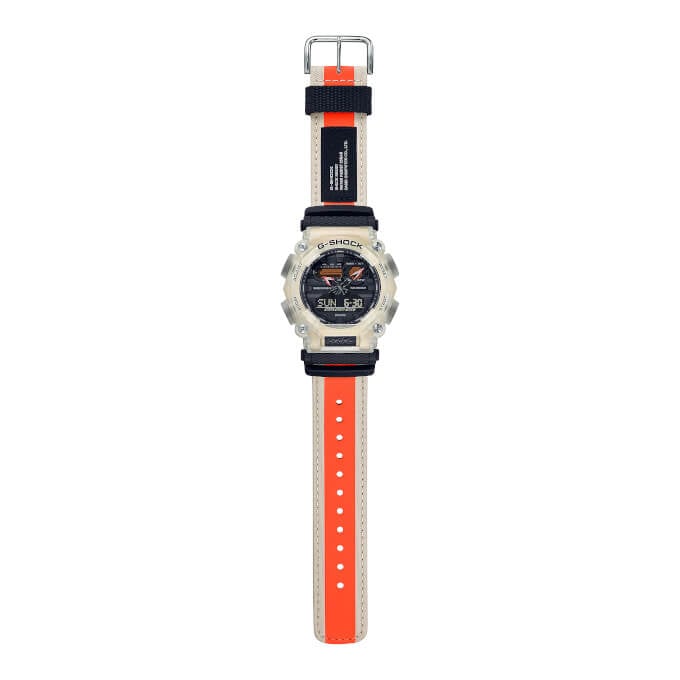 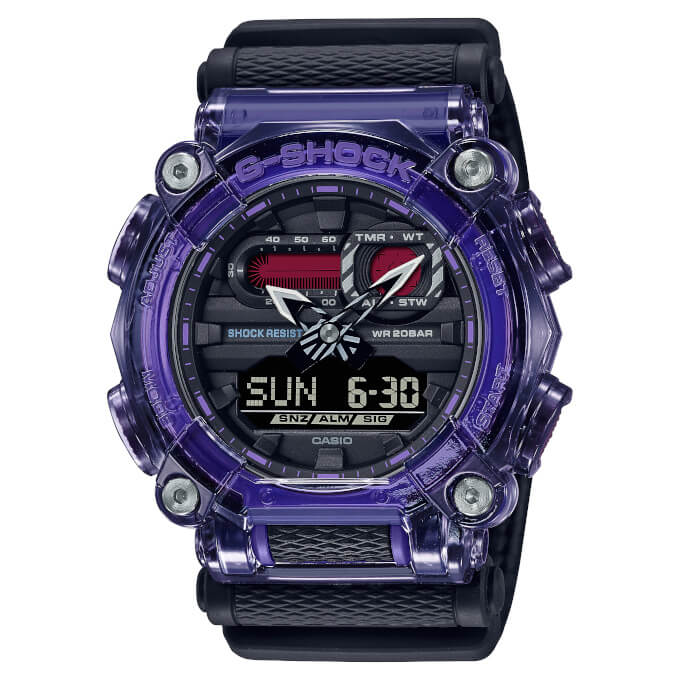 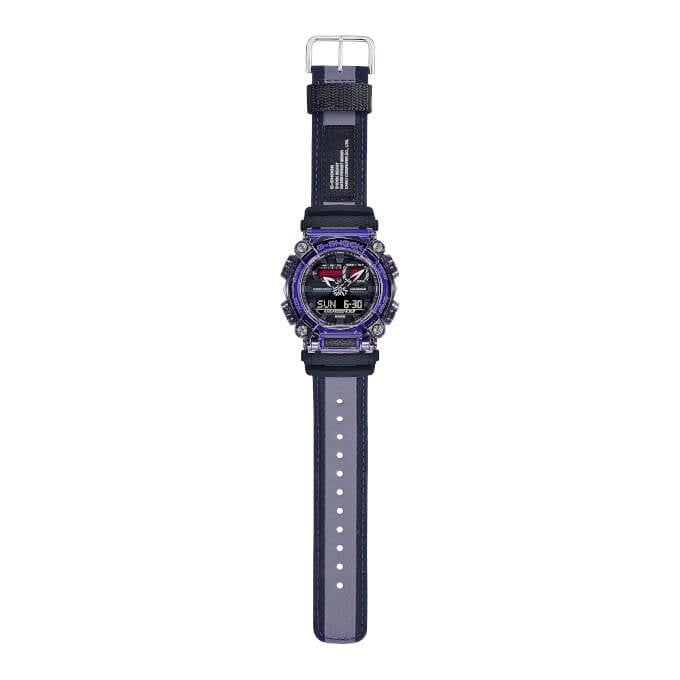