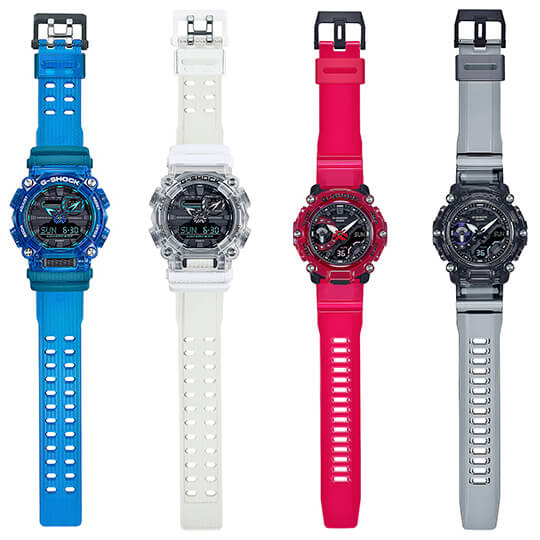 The G-Shock GA-900SKL and GA-2200SKL series were announced for a January release in China and are also expected to be released worldwide in February. These “skeleton” models feature translucent bezels and bands. This series is dubbed the “Sound Wave” series in Japan.

The GA-900SKL series, featuring an approximate 7-year battery life, measures 52.8 x 49.5 x 16.9 and weighs 65 grams. The GA-2200SKL, a lightweight Carbon Core Guard model with a 3-year battery life, measures 50.8 x 47.1 x 12.8 millimeters and weighs 57 grams. Both models feature shock resistance, 200-meter water resistance, world time, countdown timer, and 5 daily alarms. The GA-2200SKL has a more advanced countdown timer with a range of 24 hours that is also settable 1-second increments (versus 60 minutes and 1-minute increments on the GA-900SKL). The GA-900SKL has an LED light for nighttime viewing, and the GA-2200SKL has dual LED lights with a backlit LCD display.

Update: The GA-900SKL-7AJF, GA-2200SKL-4AJF, and GA-2200SKL-8AJF are planned for a February release in Japan. All three models will also be released in other Asian countries, along with the blue GA-900SKL-2A. 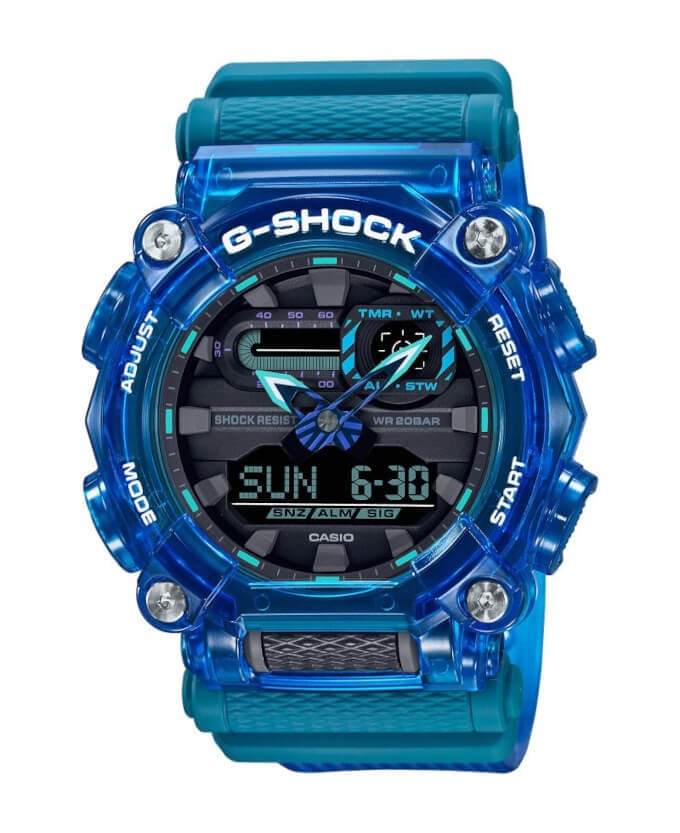 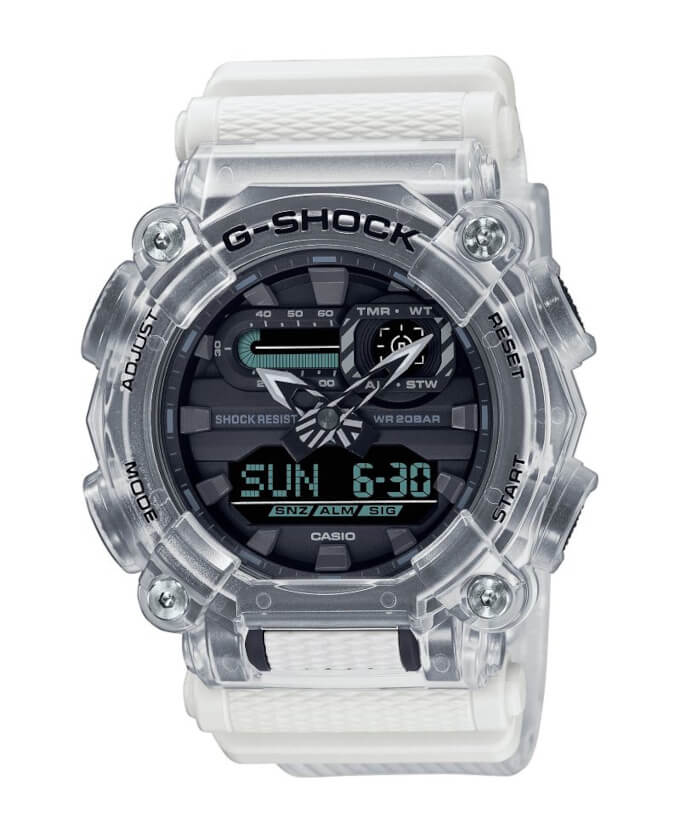 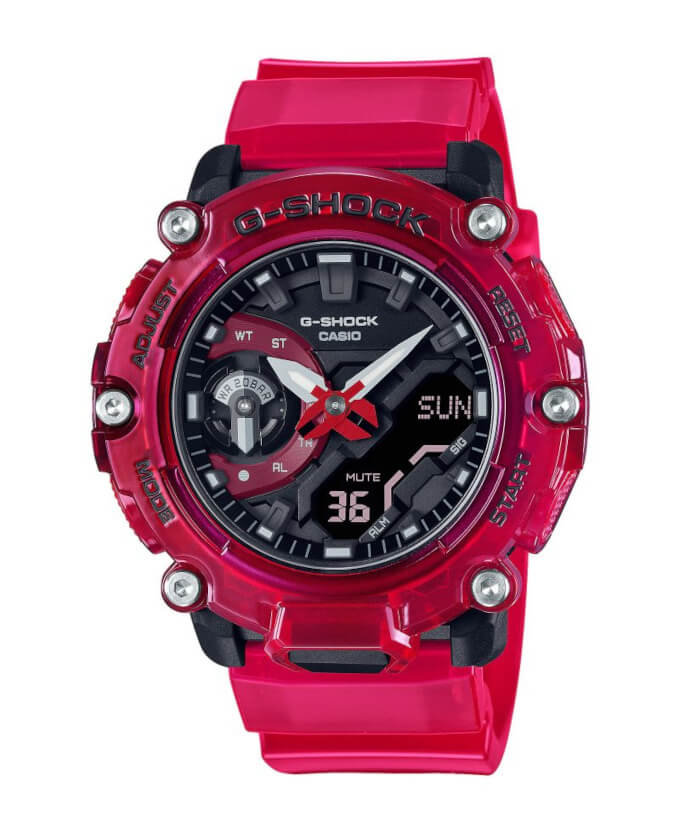 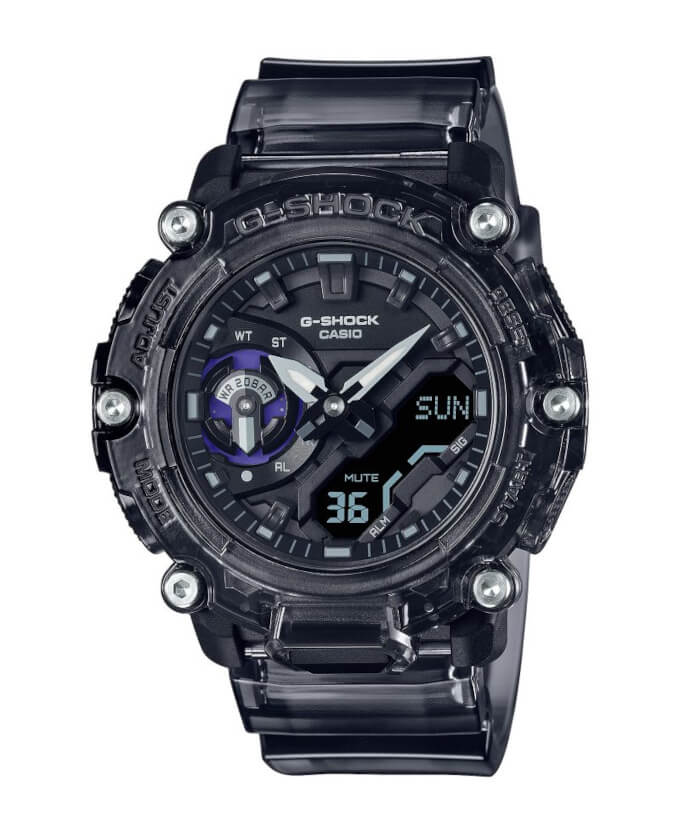 Interesting would love to own one of them