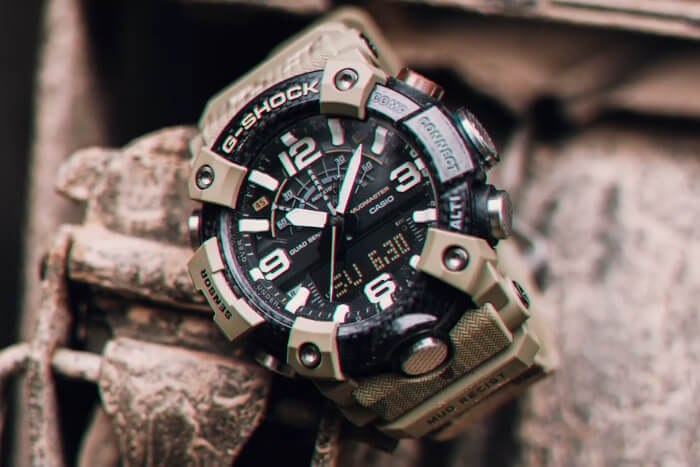 The G-Shock Mudmaster GG-B100BA-1A is the first of three special edition watches coming in 2020 in collaboration with Britain’s Ministry of Defence and Her Majesty’s Armed Forces. The land-oriented Mudmaster represents the British Army edition. (Royal Air Force and Royal Navy editions with other Master of G models are also expected.) 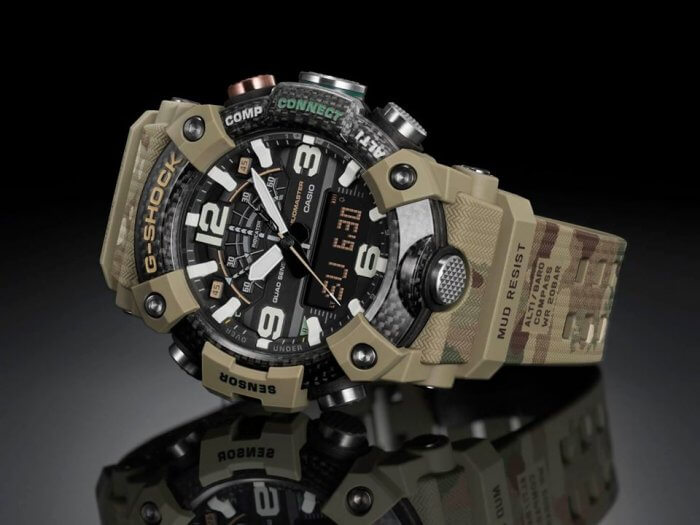 The military-themed watch has a beige band with a camouflage pattern, a black bezel, white markers, an inverted LCD display with beige-tinted digits, and a stainless steel band keeper with the British Army insignia. G-Shock released a promotional video for the watch (see below).

G-Shock GWR-B1000 Gravitymaster: Carbon Monocoque Case
Disclosure: G-Central is managed by fans and supported by ads. We may earn a commission on purchases from our links to Amazon, eBay, and Reeds Jewelers. Please follow your country's official G-Shock site for additional release information.

This watch has to be affordable to British infantry soldiers, to whom 399 quid is a lot of money.
Based on Rangeman, it would have been even more expensive.
I think that as it stands, it is a superb military watch.
The Mudmaster platform, best for the intended use.
Remember, with army kit, keep it simple ( Or as simple as ).

Agreed. You could sell these at Catterick or Aldershot by the bucketload if they were less expensive. I’d like to an MOD discount offered.

25% MOD discount brings it in at £299.25 available to Defence Discount Card holders via the DDS website

I’d really hoped to see a new Gulfmaster announced as the base for the upcoming Royal Navy collaboration. It will be interesting to see what does happen there.

He said Rangeman. So where do you agree ?…

Real military people don´´t use anything in a watch like the Rangeman as well. Do you really think real soldiers will use a wristwatch for a compass, altimeter and barometer ? Stop watching Rambo movies…

There is no discount on this watch on the DDS website as I have tried on a number of occasions if you go into there terms and conditions it clearly states no discounts on certain items such as collaborations which this is it’s only the cheap rubbish where you get the discount I wrote to DDS and complained that the discount on all watches is misleading as yet I am awaiting a reply. You can buy them for less on eBay than from the Casio / G-SHOCK store which is crazy.