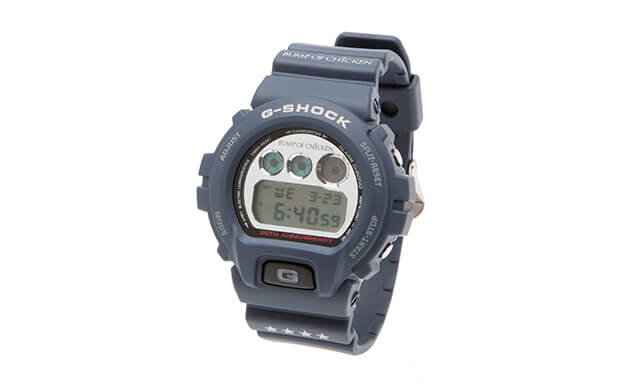 Japanese alternative rock group Bump of Chicken has its own G-Shock collaboration watch to commemorate its Stadium Tour “BFLY” 2016 and 20th anniversary. The watch is a navy blue DW-6900 with a silver face and bands featuring Bump of Chicken branding and includes a co-branded box. The EL backlight shows the Bump of Chicken logo and the bottom of the face has “20th Anniversary” text in red. The watch also has a custom engraved case back featuring the “XX” logo seen on the box. The limited edition DW-6900 was sold by lottery for ¥18,000 JPY. 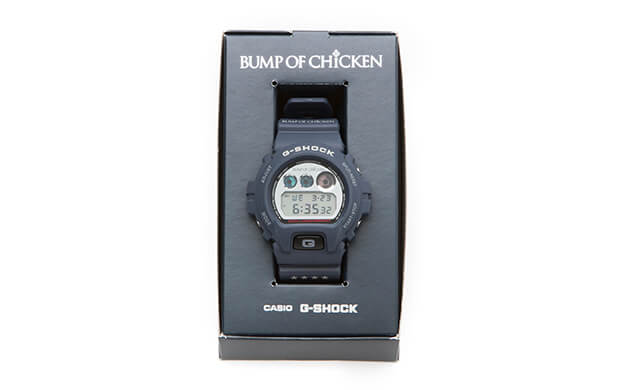 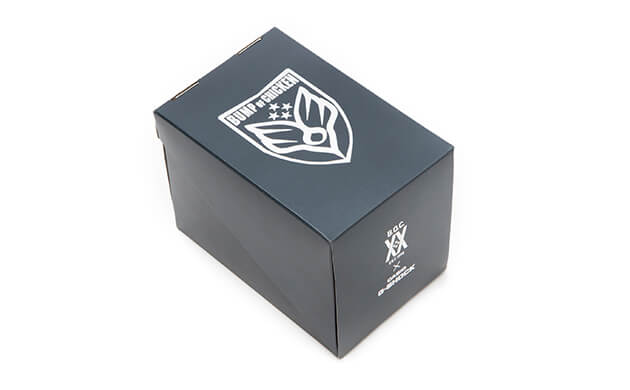