Casio G-Shock appears in Jurassic World: Fallen Kingdom on the wrist of Chris Pratt as the ex-Navy dinosaur wrangler Owen Grady. The watch is the extra-large analog-digital GA-700-1B. Pratt previously wore a digital GD-100-1B in the first Jurassic World, and he also wears this one military-style with the display on the inside of the wrist. We don’t have a very clear shot of the watch but we are confident it is a GA-700-1B based on the shape of the bezel and bands and the look of dial. We also spotted the G-Shock GD-100-1B in another new clip, so it looks like both models are worn in the movie. 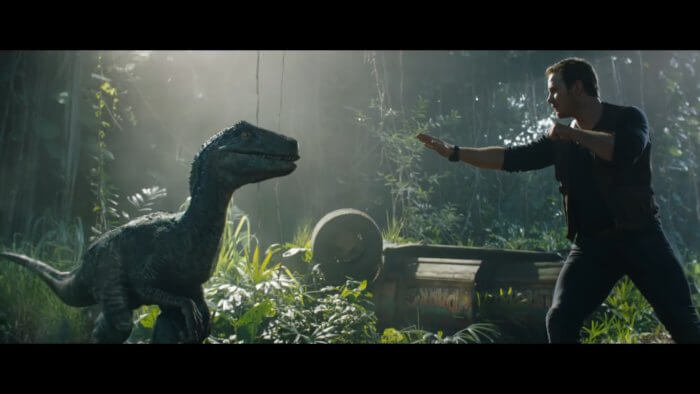 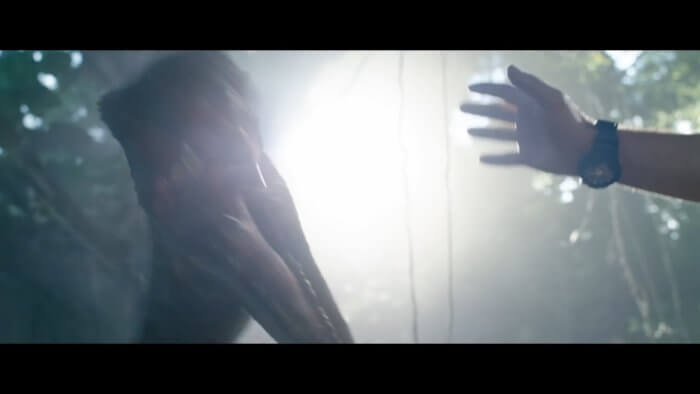 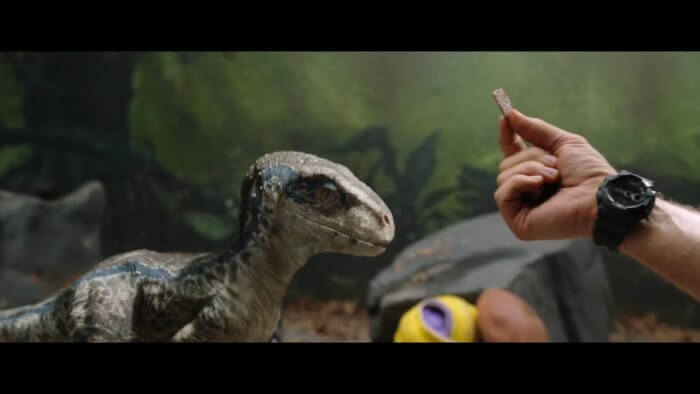