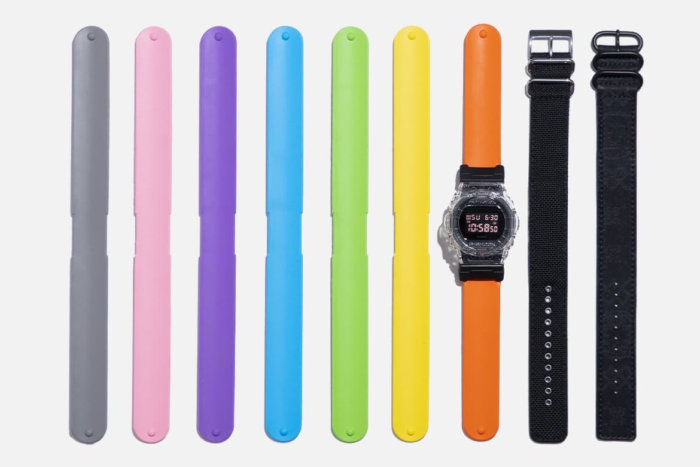 Hong Kong streetwear label CLOT is releasing a G-Shock DW-5750 collaboration set through its Juice retail stores in several countries. The limited edition watch has a clear bezel with a red-tinted reverse LCD display, along with a custom engraved case back. It comes with a nylon band, plus an exclusive “CLOT Silk Royale” band and multi-color interchangeable bands. The set comes in exclusive packaging that doubles as a display stand.

CLOT was founded in 2003 by Edison Chen and Kevin Poon.

Update: The watch (including the nylon band and tin case only without additional straps) will be released in Singapore for S$199, and an online raffle will be held to choose buyers starting 10 January 2020 at g-shock.sg.