(Update: We previously listed the price in Singapore dollars by mistake. The correct price is US$265.) 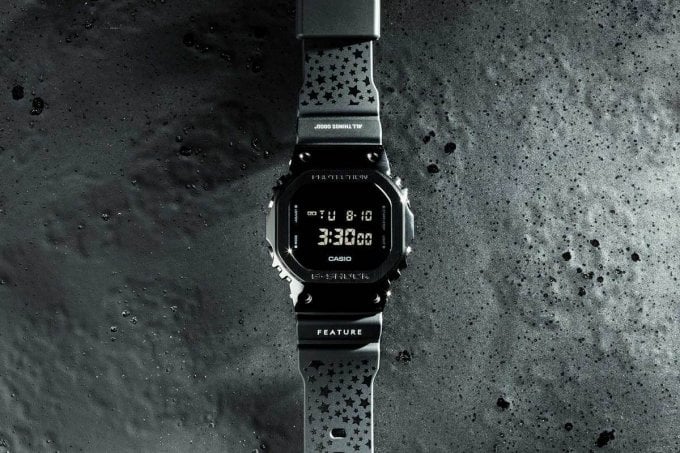 Las Vegas-based streetwear retailer Feature is releasing the limited edition G-Shock GM5600B-1FT “Vegas Noir” collaboration for July 2021. The watch has a black IP stainless steel bezel and a matte black band with a glossy star trail print. A Feature logo appears on the lower band, and the tagline “All Things Good” appears on the upper band. The logo is also engraved on the stainless steel case back. 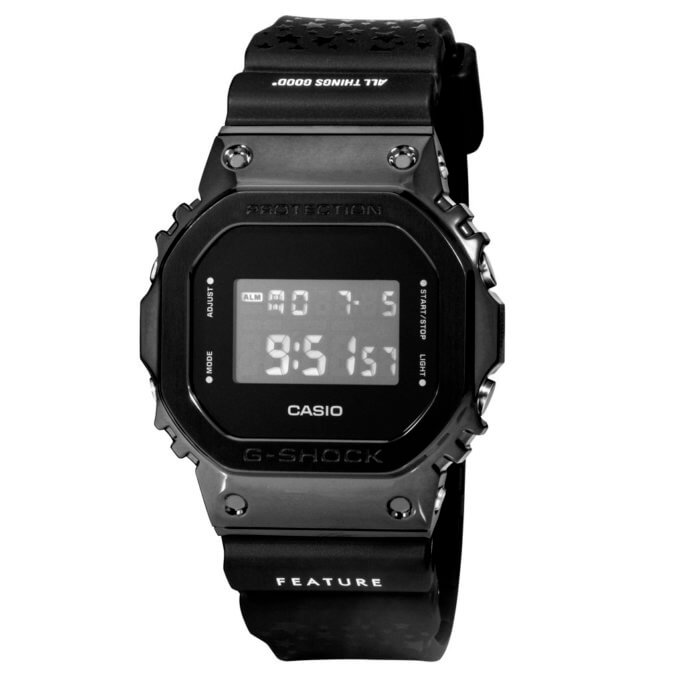 The watch has a price of $265 and will be released at 4:00 p.m. PDT on July 15 at Feature.com (international shipping available). (There was some confusion as to whether the online draw is a sales lottery or a contest to win a free watch, and it is actually the former.) Feature has stores at Wynn Las Vegas, Las Vegas Chinatown, and Calabasas, California. (The website says the release is on July 15, and the Instagram post says it is July 16, so we’re thinking that July 15 is the online release and July 16 may be the in-store release.)