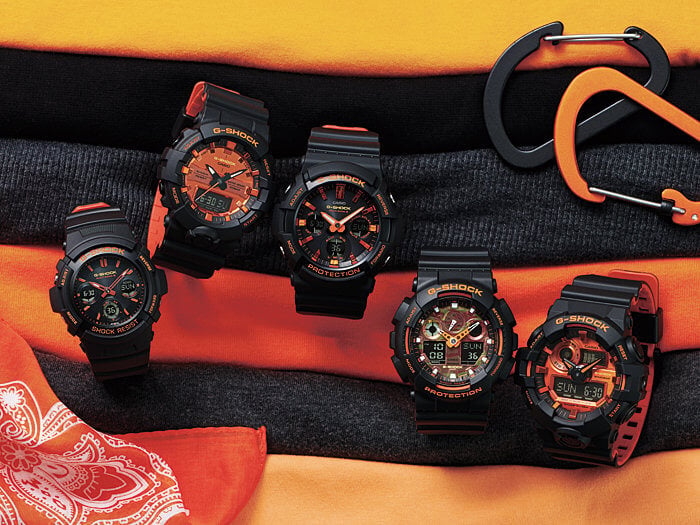 Reminiscent of the striking black and orange color schemes of high-performance supercars and a popular street fashion choice, the G-Shock Bright Orange Series (a.k.a. Bright Red Series) consists of five analog-digital models with matte black cases and orange accents. Each model has a dual-layer resin band with an orange inner layer. Announced for a Japan release in November 2018, some of these models will most likely make their way to other markets. (G-Shock China released the AWG-M100SBR-1A, GA-100BR-1A, and GAW-100BR-1A in October 2018.) 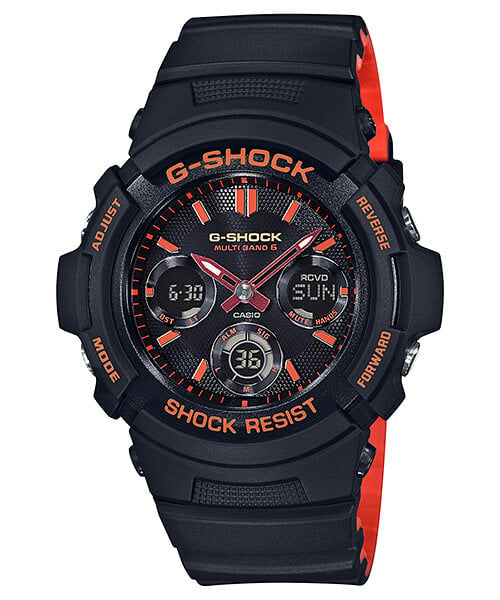 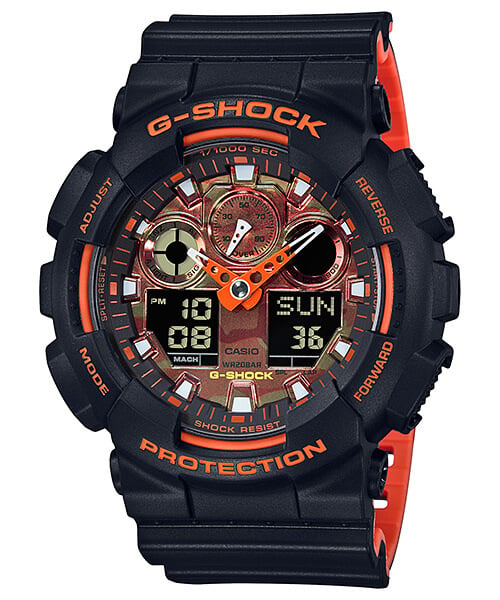 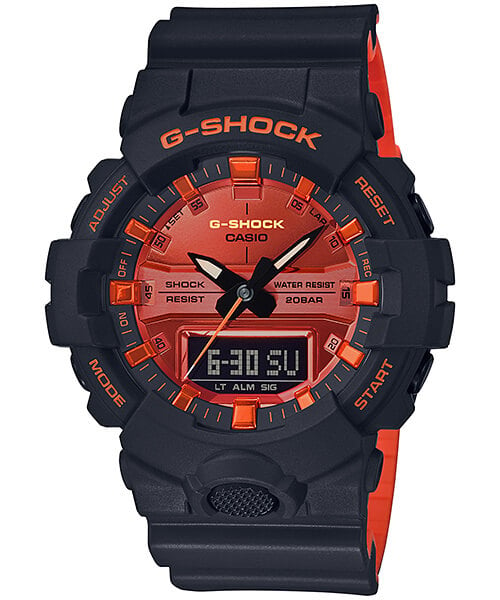 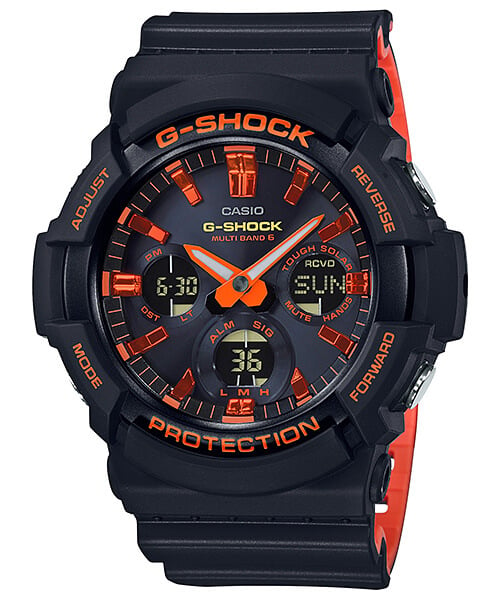 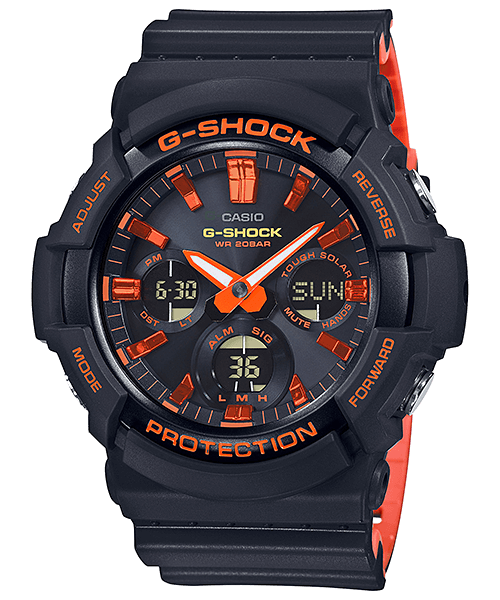 G-Shock GR-B100 Gravitymaster with Bluetooth & Tough Solar
Disclosure: G-Central is managed by fans and supported by ads. We may earn a commission on purchases from our links to Amazon, eBay, and Reeds Jewelers. Please follow your country's official G-Shock site for additional release information.