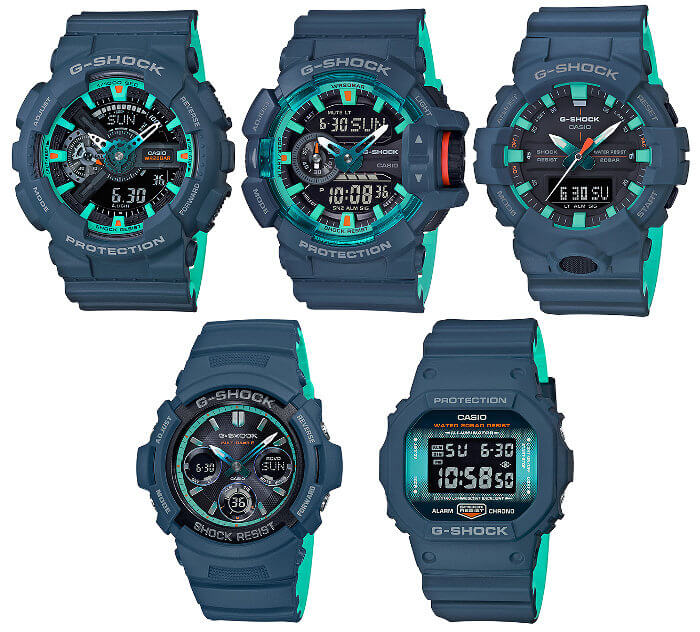 The G-Shock Navy Blue Accent Series consists of five watches featuring navy blue exteriors and light blue accents and inner-layer bands, including four analog-digital and one digital model. The series is slated for a November 2018 release in Japan. Some of these models will most likely be released in other markets internationally. (G-Shock China released the AWG-M100SCC-2A, DW-5600CC-2, and GA-110CC-2A in October 2018.) 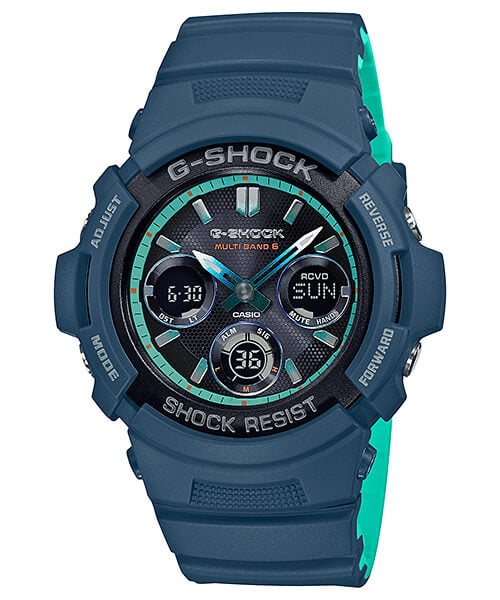 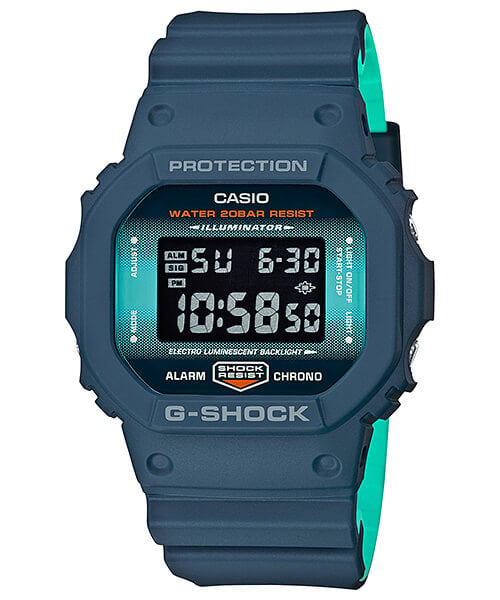 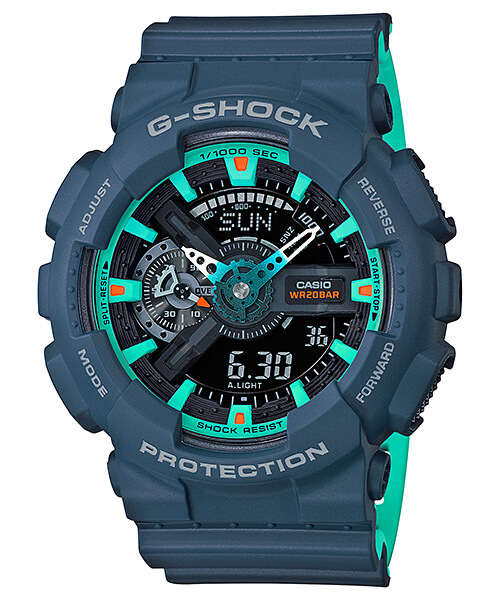 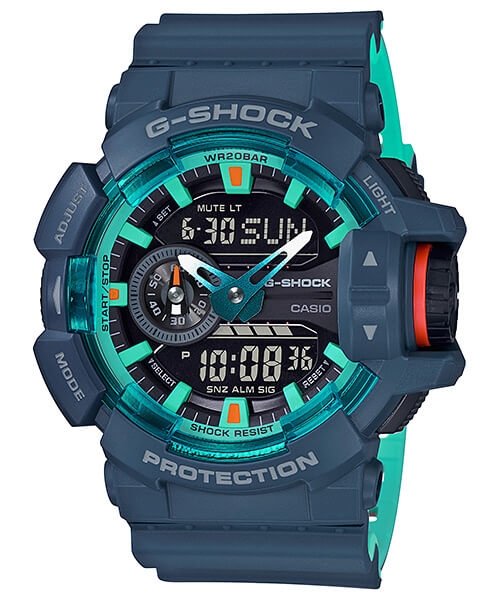 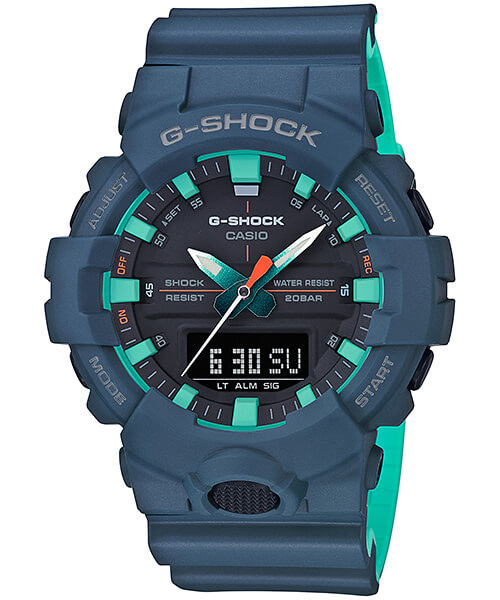