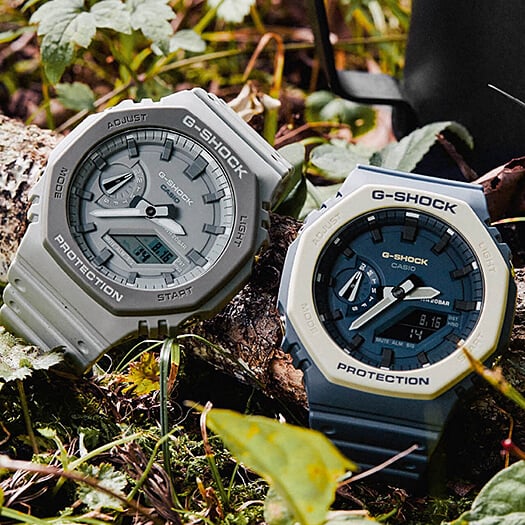 G-Shock is releasing two new special color GA-2100 watches for the holiday season. The G-Shock GA-2110ET-2A and GA-2110ET-8A are part of the Earth Color Tone Series, and feature a dual-molded case and bezel that results in a two-tone appearance. The GA-2110ET-2A is navy blue with an off white bezel, and the GA-2110ET-8A is gray with a darker gray bezel. (The “2110” in the model name signifies the dual-molded process.) These colors represent the beach and ocean.

Like previous GA-2100 models, these new models with traditional and neutral colors are likely to be best-sellers that may eventually sell out. The mid-size GA-2100 series is known for its classic style octagonal bezel and for being the slimmest current G-Shock watch (11.8 millimeters). Other features of the GA-2110ET-2A and GA-2110ET-8A include shock resistance, 200-meter water resistance, the Carbon Core Guard structure, Neobrite luminous hands, world time, 24-hour stopwatch, 24-hour timer, five alarms, and double LED light with LCD backlight and afterglow (1.5/3 seconds). The GA-2110ET-8A is one of the few GA-2100 models with a standard (non-inverted) LCD display, which is likely to make it very desirable, considering that the other models with a standard LCD are have very unconventional color schemes.

Update: Both the GA-2110ET-2AJF and GA-2110ET-8AJF have been discontinued, according to G-Shock Japan. This typically means that they are discontinued worldwide as well. 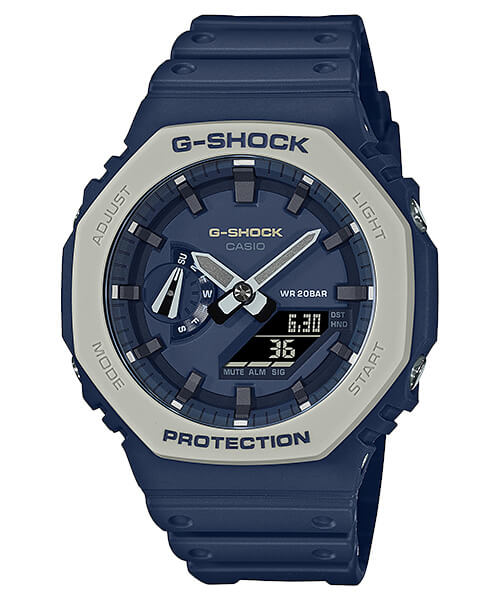 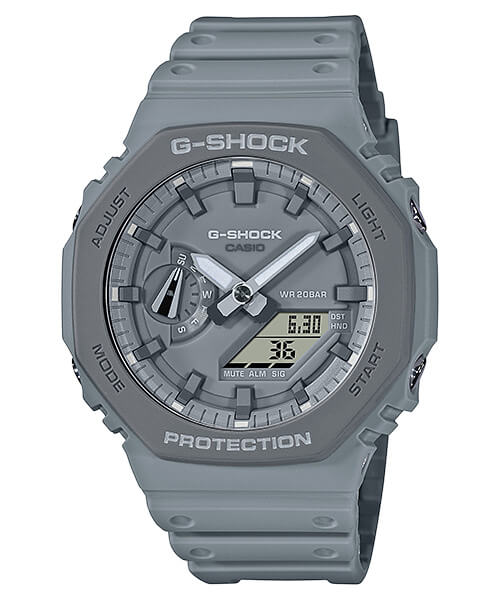