The analog-digital G-Shock G-100 is consistently one of the best-selling models. Like other classic G-Shocks, the G-100 has an ageless design that lends itself well to monotone styling as we saw with the G-100BB-1A in the Basic Black Out Series. For March 2017 G-Shock Japan introduces the G-100CU series, a monotone color series with stealth bezel lettering. This series features casual fashion and military colors and includes the blue G-100CU-2AJF, olive green G-100CU-3AJF, and white G-100CU-7AJF. 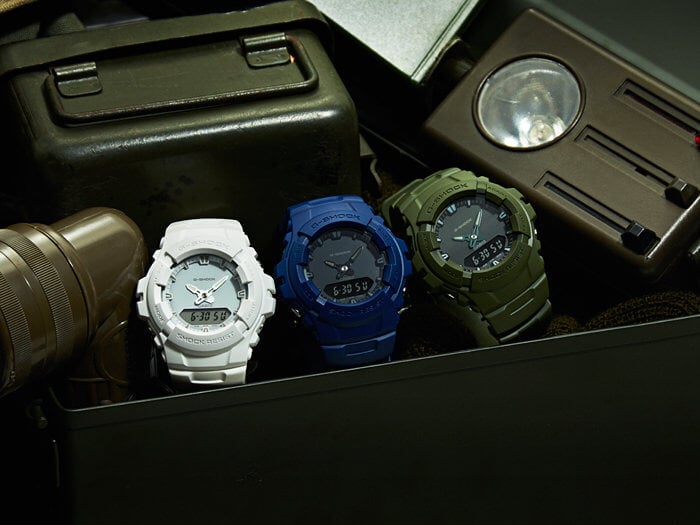