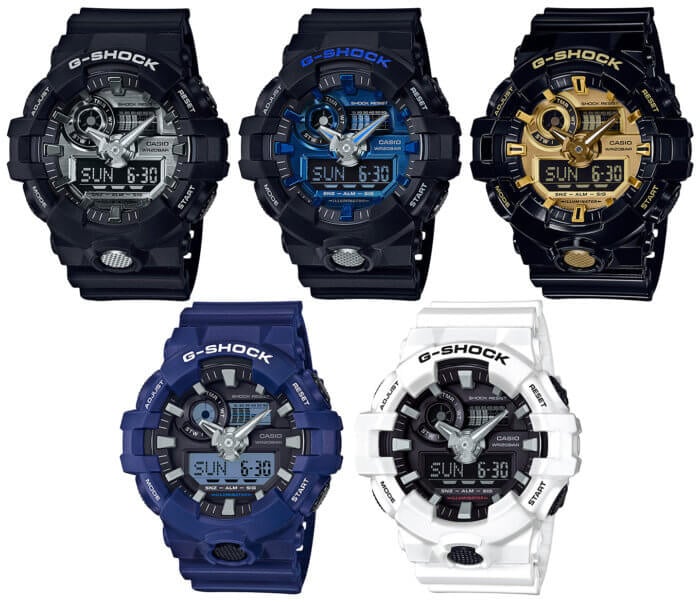 The GA-700 series was arguably G-Shock’s most significant new release of 2016. Featuring the first front-facing Super Illuminator light button on an affordable analog-digital G-Shock, a classically rugged exterior, and an estimated 5-year battery life, the GA-700 is a versatile back-to-basics model that appeals to streetwear fashion, extreme sports, or on-the-job use. The GA-700 is now one of our Top 15 Best G-Shock Watches.

G-Shock Japan announced the GA-710 series and two new GA-700 models for a February 2017 release. The GA-710 has the same exterior design and module as the GA-700 series. The difference appears to be the GA-710’s shiny metallic-style face and light button. G-Shock Japan describes this as a “Garish Color” series. The GA-710 models include the half-matte black and silver GA-710-1AJF, half-matte black and blue GA-710-1A2JF, and the glossy black and gold GA-710GB-1AJF. The blue GA-700-2AJF and white GA-700-7AJF round out the new GA-700 additions. 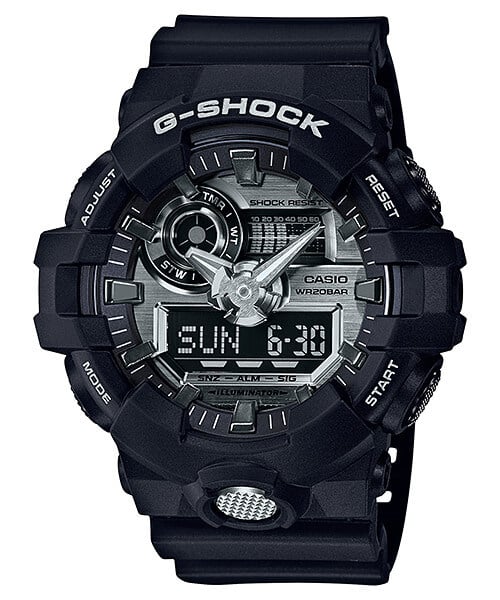 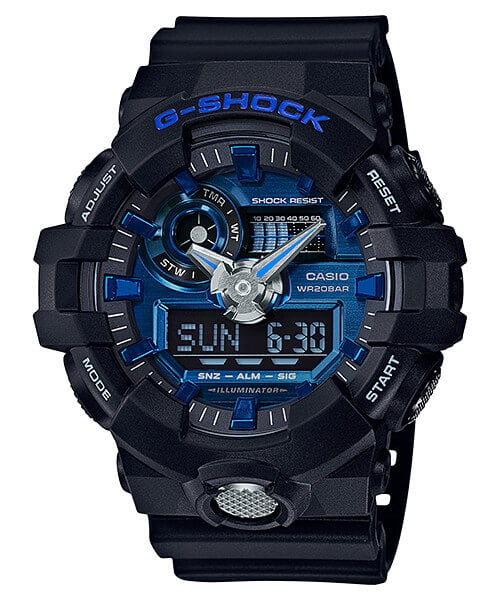 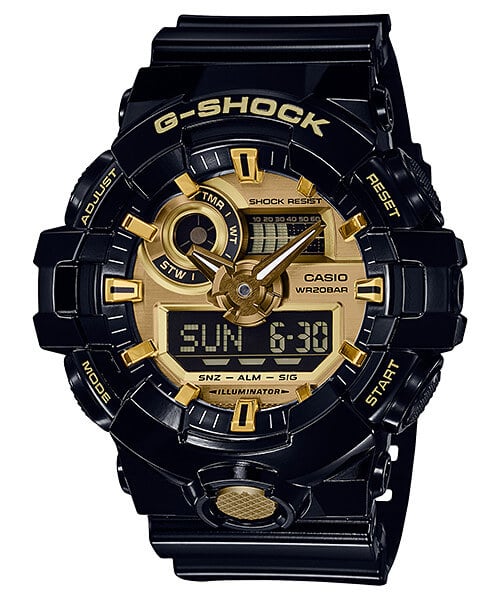 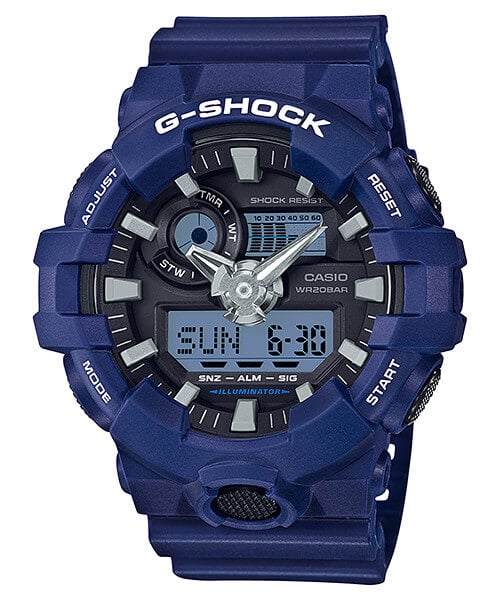 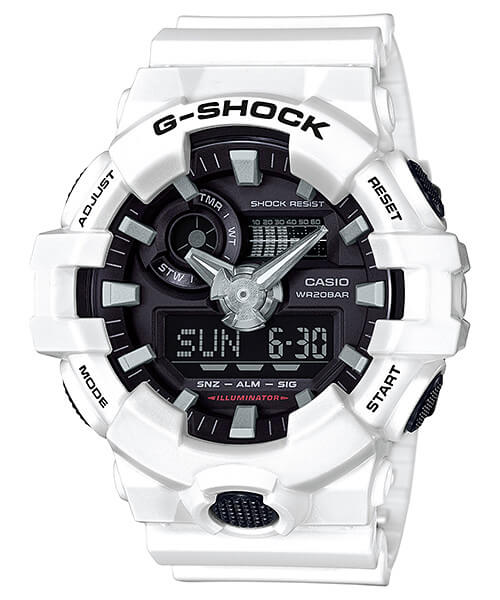 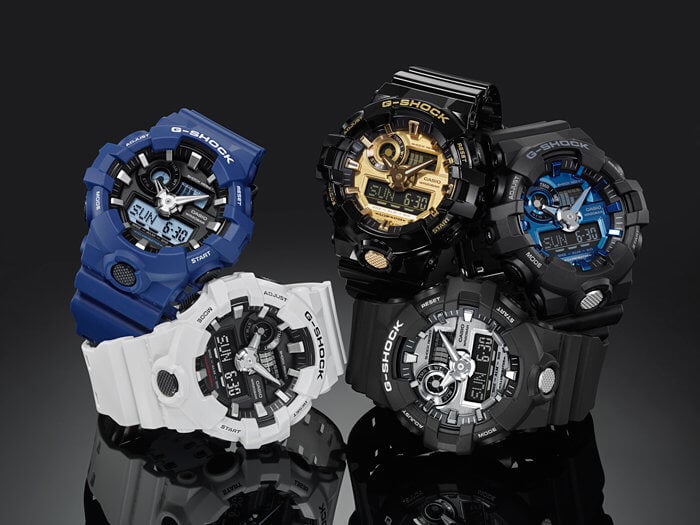 G-Shock Black and Yellow Accent Sport Series
Disclosure: G-Central is independently managed by fans and supported by ads. We may earn a commission on purchases from our links to Amazon, eBay, and Reeds Jewelers.