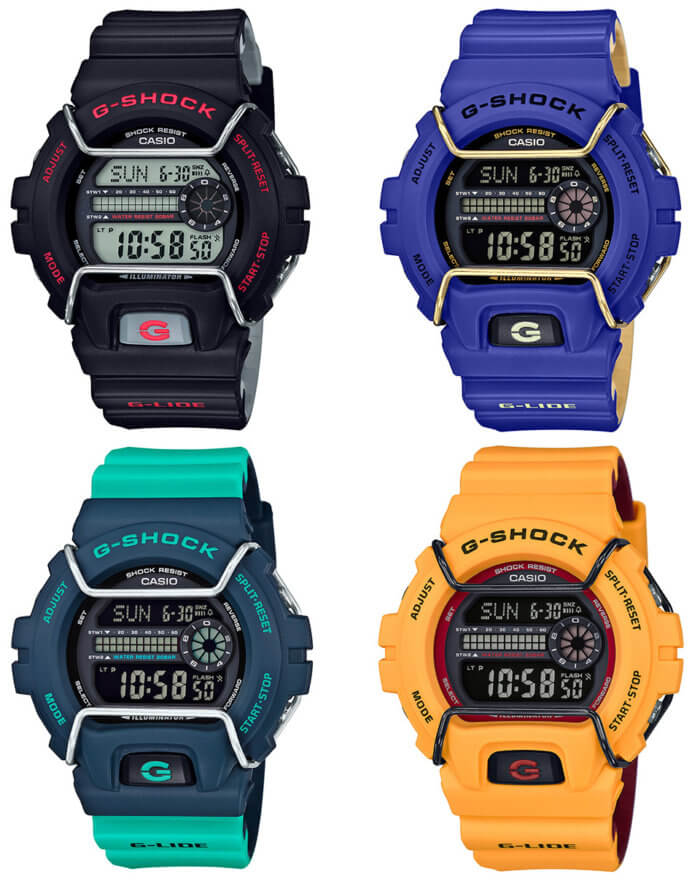 The G-Shock GLS-6900 series is an all-new 2016 winter G-LIDE model designed for extreme sports like snowboarding. A unique feature of this watch is the dual stopwatch timers (1/100 second, 1,000 hours). The watches are also outfitted with “bull bar” face protectors for extra protection against hard impacts. G-Shock continues the trend of dual-layer, two-color bands for this series with a contrasting color for the inner bands. In addition to the usual shock resistance and 200-meter water resistance, the GLS-6900 is resistant to low temperature (-20 ℃). Other features include world time (48 cities), auto LED light, countdown timer (24-hours), 5 alarms with 1 snooze alarm, and 3-year estimated battery life. Measurements are 53.2 × 50.0 × 17.7 mm, which is about the same size as a DW-6900 but a little thicker. 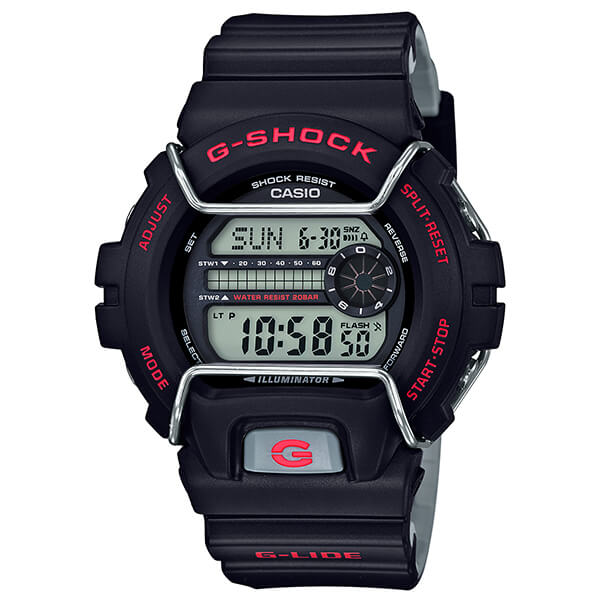 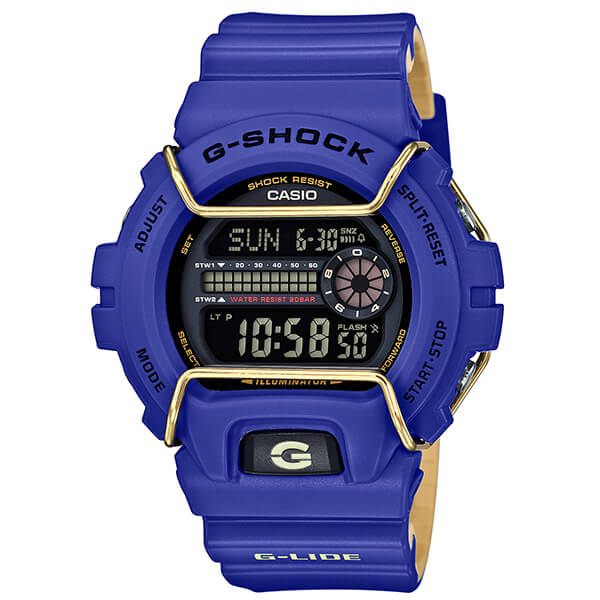 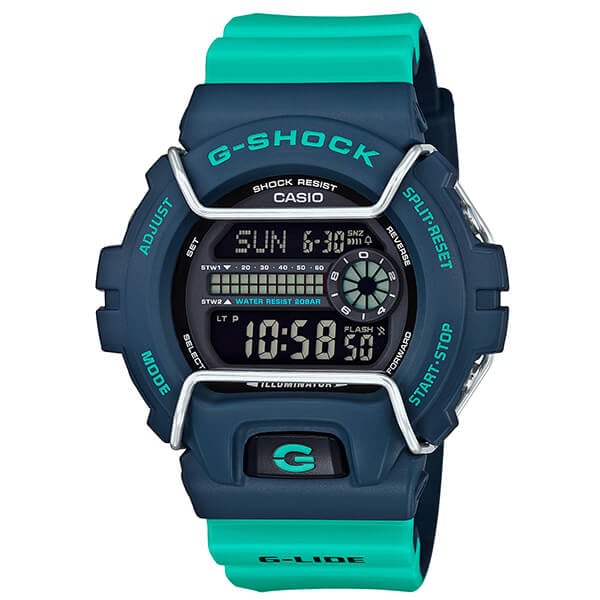 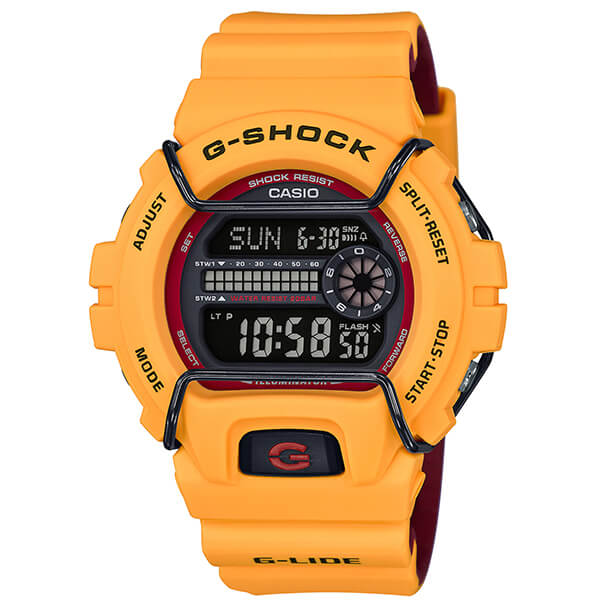 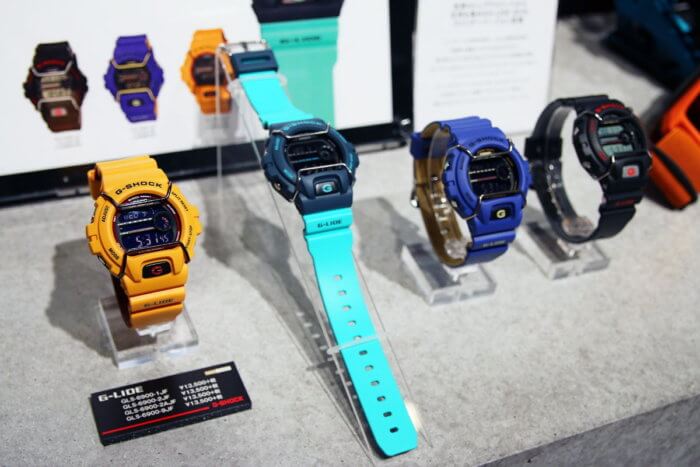