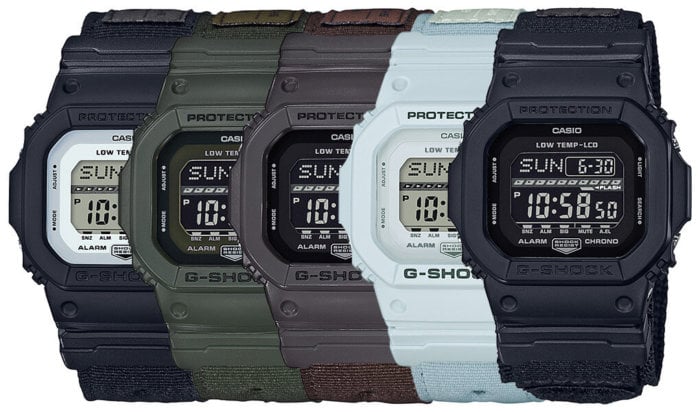 G-Shock Japan is releasing the GLS-5600CL and GLS-5600WCL series featuring cloth bands in September. The GLS-5600 is a lesser-known winter G-LIDE model designed for skiing and snowboarding. While winter G-LIDE models are usually of the large-case variety, the GLS-5600 is based on the classic 5600 case which is a more compact and slimmer size. The GLS-5600CL models have a cloth band with a stainless steel buckle and keeper and the GLS-5600WCL has a Velcro-style cloth band. The bands have an embroidered patch with G-LIDE and Shock Resist logos, inspired by military apparel.

The GLS-5600CL/WCL is low temperature resistant to -20°C (-0.4°F). Another distinguishing feature is the 1/100 second double stopwatch. Other features include countdown timer, 5 daily alarms, world time, and auto EL backlight. 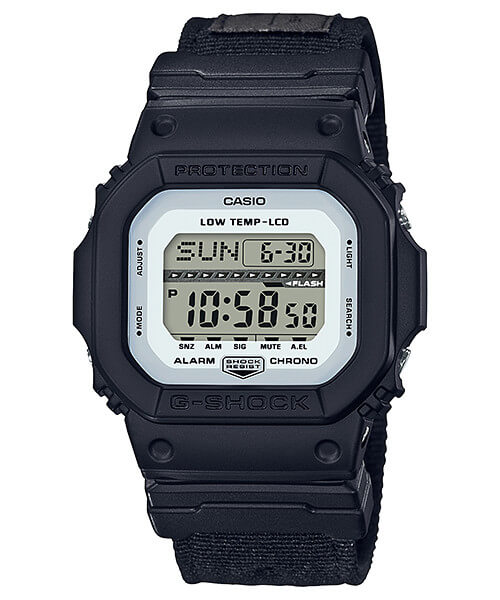 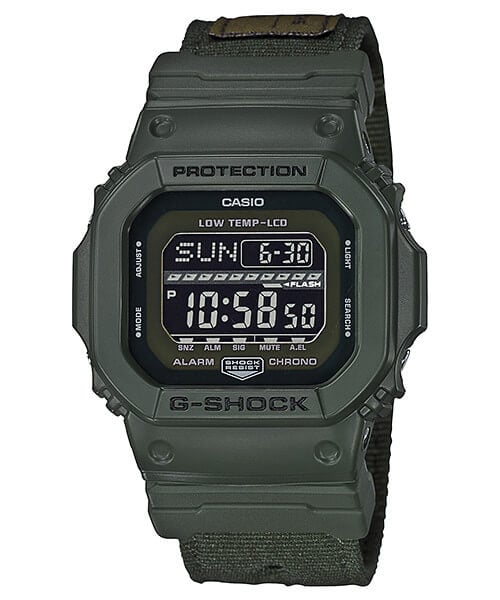 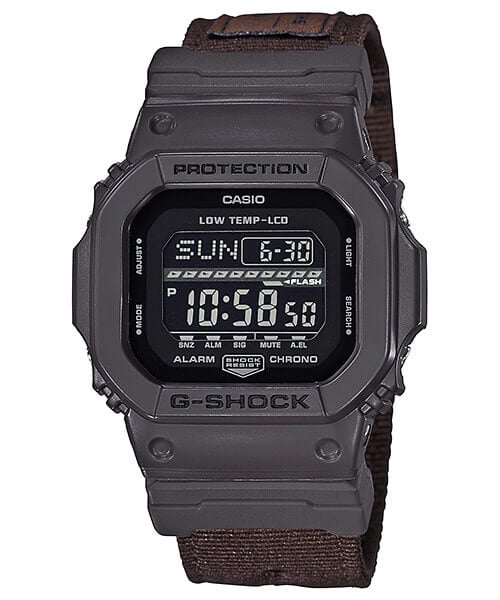 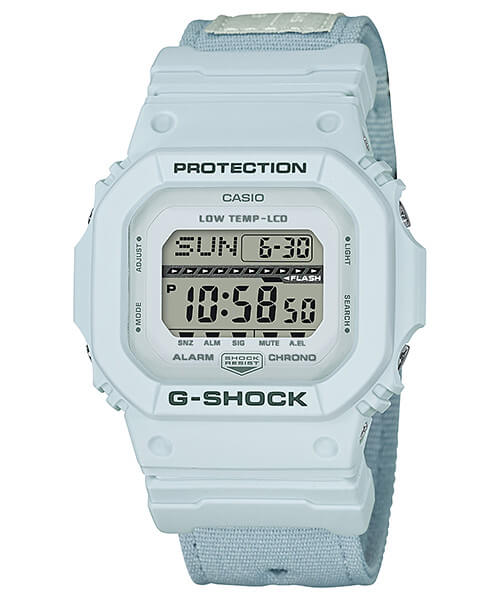 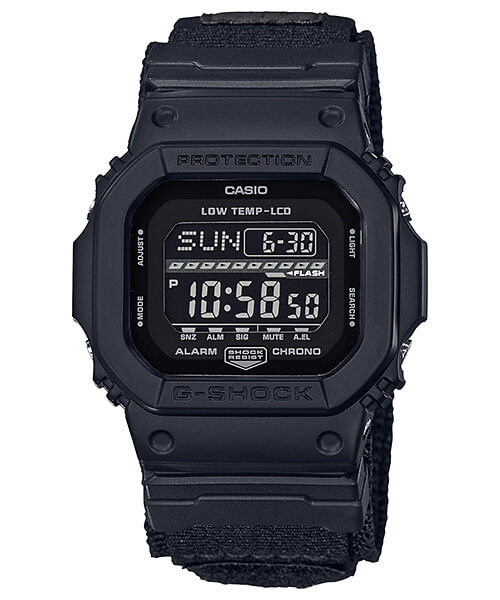 The 2015 G-Central Awards
Disclosure: G-Central is managed by fans and supported by ads. We may earn a commission on purchases from our links to Amazon, eBay, and Reeds Jewelers. Please follow your country's official G-Shock site for additional release information.

Will any 5600 series resin band fit this watch?

Yes I believe so

I tossed on a 5600 resin band for a while on my 5600cl, it fit fine. Tried to swap the casing but spacing is different on the buttons.