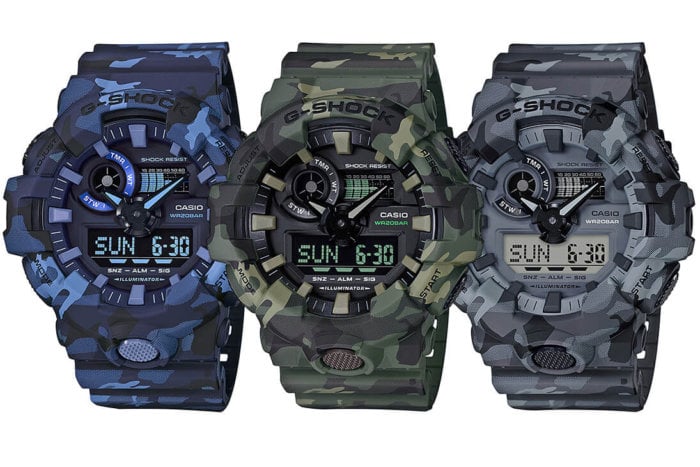 It’s a popular motif for recent collaboration models but there’s been a dearth of regular camouflage G-Shock releases lately. That’s set to change with the G-Shock GA-700CM Camouflage Series. These camo models are based on the extra-large, 53.4 mm-wide GA-700 which has a front LED light button and the longest battery life (estimated 5 years) for a non-solar analog-digital G-Shock. These models feature a traditional woodland camouflage pattern on the bezels and bands in three color options: GA-700CM-2A (blue), GA-700CM-3A (green), and GA-700CM-8A (gray). Unlike most other GA-700 models, the GA-700CM series does not have the metallic-style analog hands in favor of a more subdued look with black-coated hands like the GA-700UC Utility Color Series. The GA-700CM-2A and GA-700CM-3A have reverse LCD displays and the GA-700CM-8A has a standard LCD display. 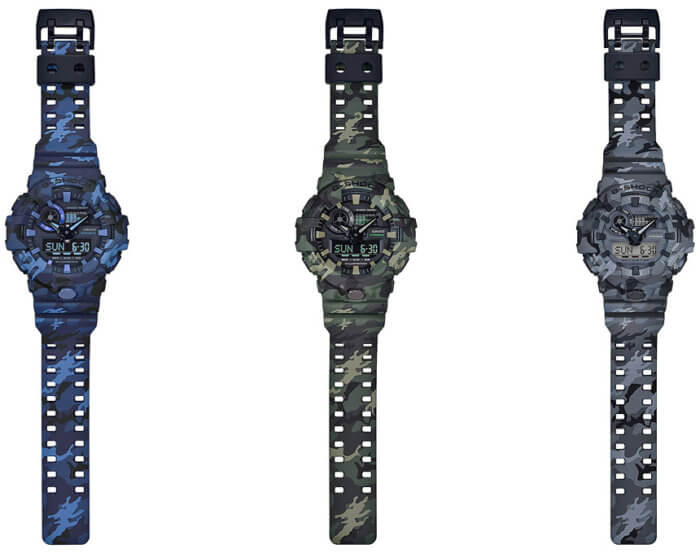 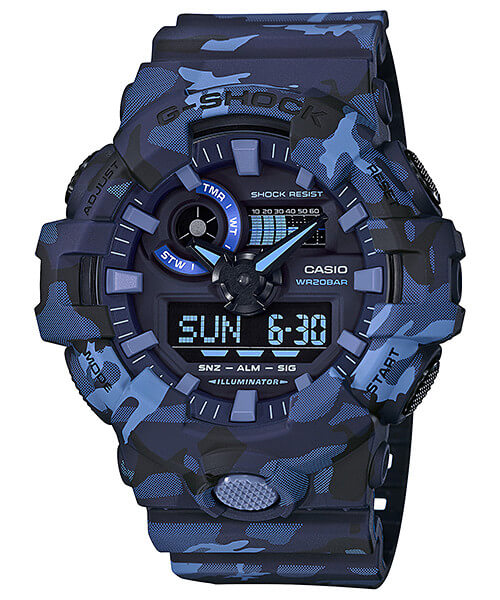 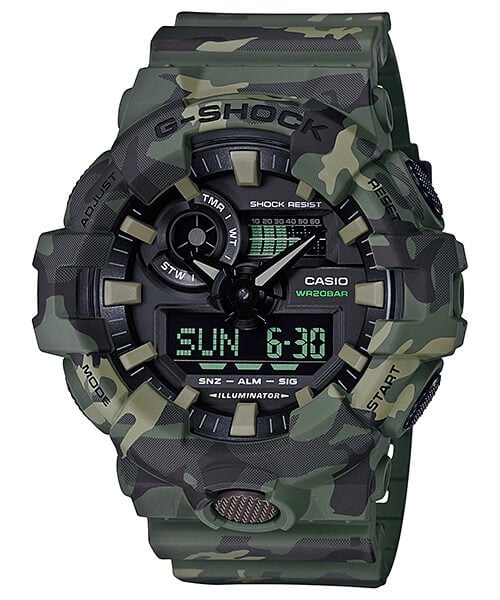 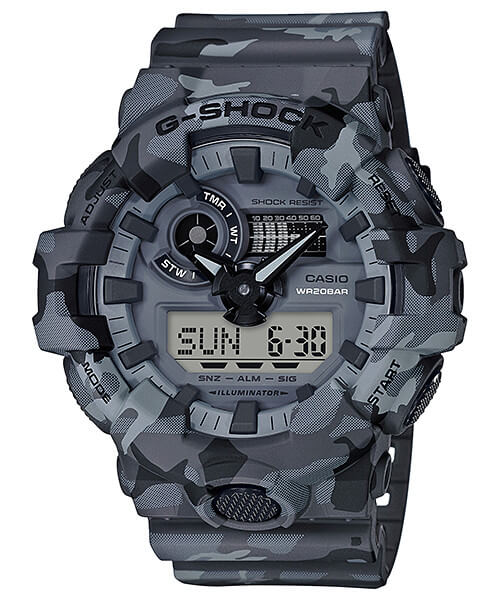