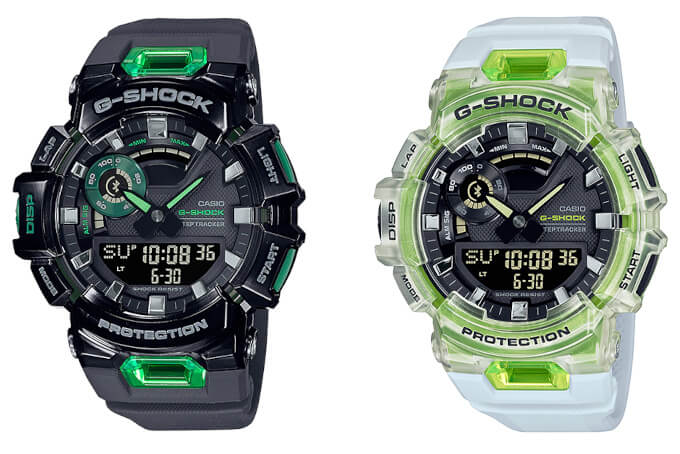 The GBA-900SM is an affordable G-SQUAD model with a step counter and Bluetooth smartphone link. The GBA-900SM features numerous upgrades over the GBA-800, including a more robust LCD display, large ventilation holes on the band, automatic lap measurement, and a self-calibrating step counter (that calibrates when used with a GPS-equipped smartphone). The watch features daily training management through the G-Shock Move smartphone app. It measures mileage, speed, pace, and calories burned, and records up to 45 lap data records. 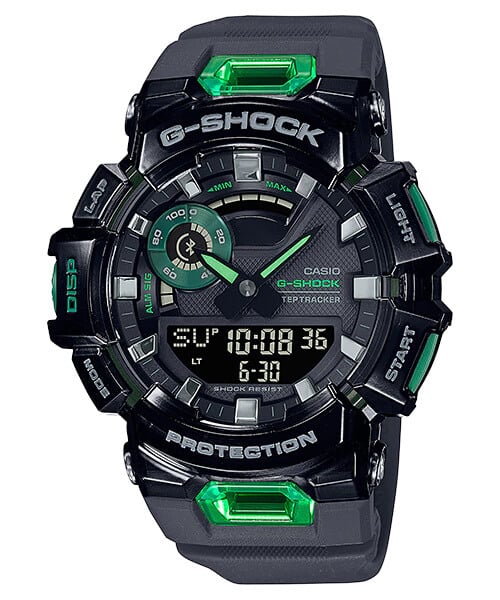 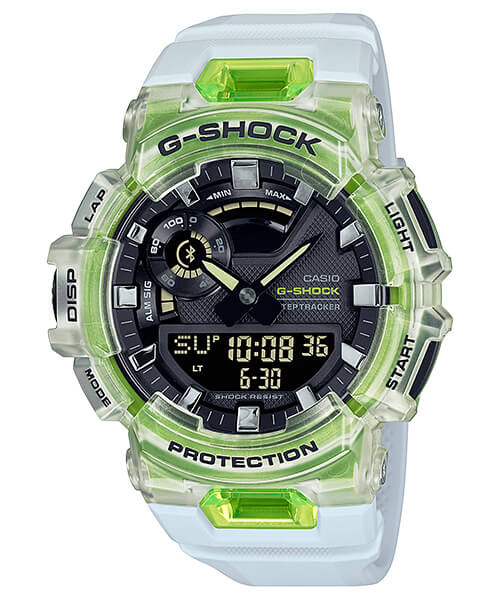