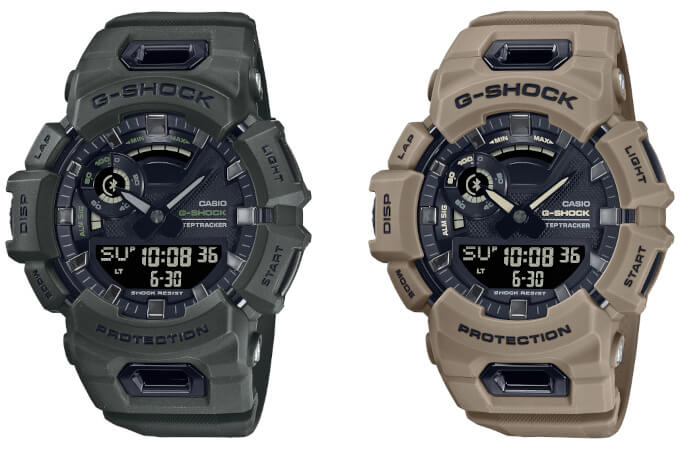 G-Shock announced the dark green GBA-900UU-3A and brown GBA-900UU-5A for a May release in Asia (excluding Japan). These G-SQUAD models feature urban utility colors and are equipped with a step tracker and Bluetooth smartphone link for advanced fitness functions, including calories burned and distance and pace data based on step count, life log data, auto lap timing with a 45-record lap memory, and a countdown timer with 5 interval timers (with 5-second auto start, repeatable up to 20 times). The step counter can be calibrated for improved accuracy by using it with a GPS-equipped smartphone initially. Other features include shock resistance, 200-meter water resistance, dual time, 1/100-second stopwatch (up to 1 hour, 1-second after 1 hour), 5 daily alarms, hourly time signal, button tone on/off, and dual auto LED lights with adjustable afterglow. The GBA-900UU has an estimated battery life of 2 years and includes a power save function and low battery alert. Each watch measures 51.3 × 48.9 × 16.6 millimeters and weighs 61 grams. Both models are expected to get a wider release. 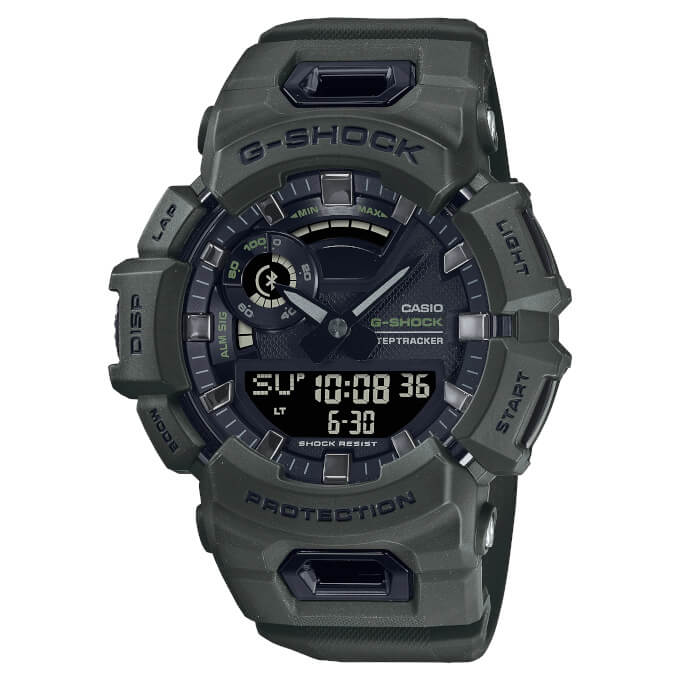 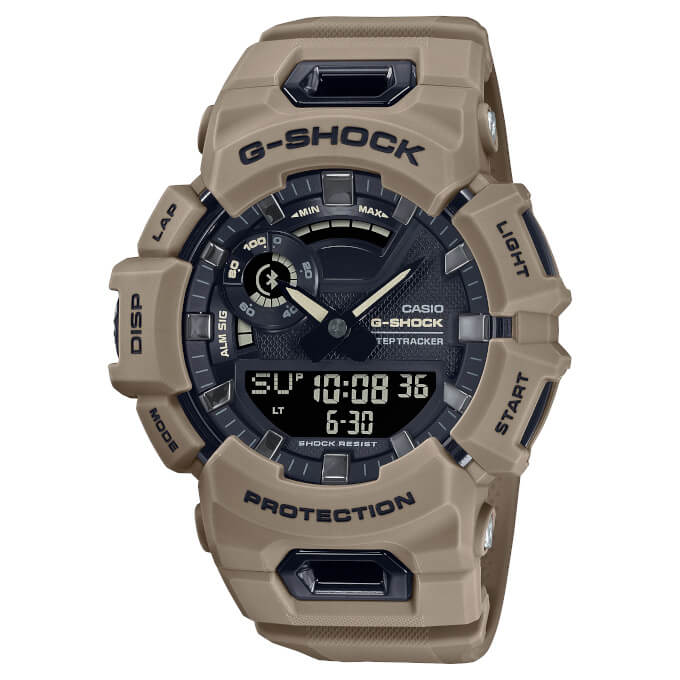