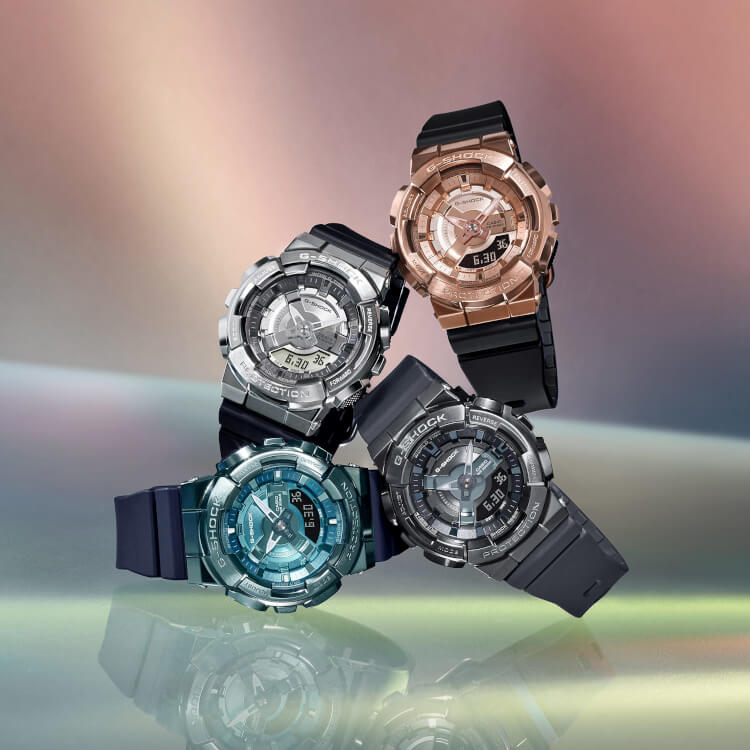 Following the lead of the GM-S2100, the G-Shock GM-S110 is a smaller version of the GM-110, which is itself a stainless steel-covered version of the popular steampunk-inspired GA-110. Introduced in 2010, the GA-110 is one of the best-selling G-Shock models of all time.

The monotone style of the three debut GM-S110 models is somewhat different from other 110 series colorways which often feature highly contrasting elements on the dial. The unisex designs of the launch models feature a dial that largely matches the color of the stainless steel bezel. The 110 series is usually thought of as a “big case” model, but the GM-S110 is relatively compact at 42 millimeters wide and 13 millimeters thick. (In comparison, the GM-110 is 48.8 mm wide and 16.9 mm thick.) Like the GM-S2100, the dial of the GM-S110 differs a little from its full-size counterpart and has a smaller LCD without the upper section and also lacks the speed hand indicator.

As part of the G-Shock S Series, the GM-S110 is fully shock resistance and water resistant to 200 meters. The series will make its debut in October in Japan, with other regions expected to follow. 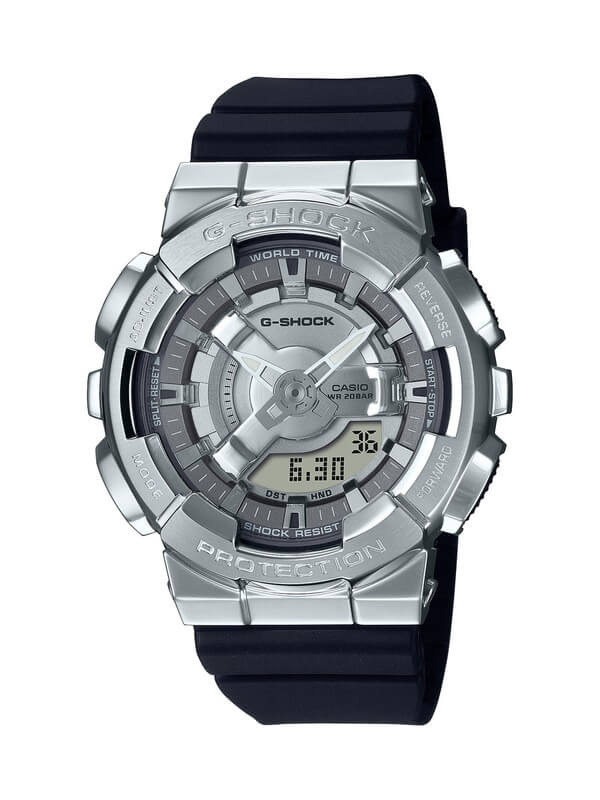 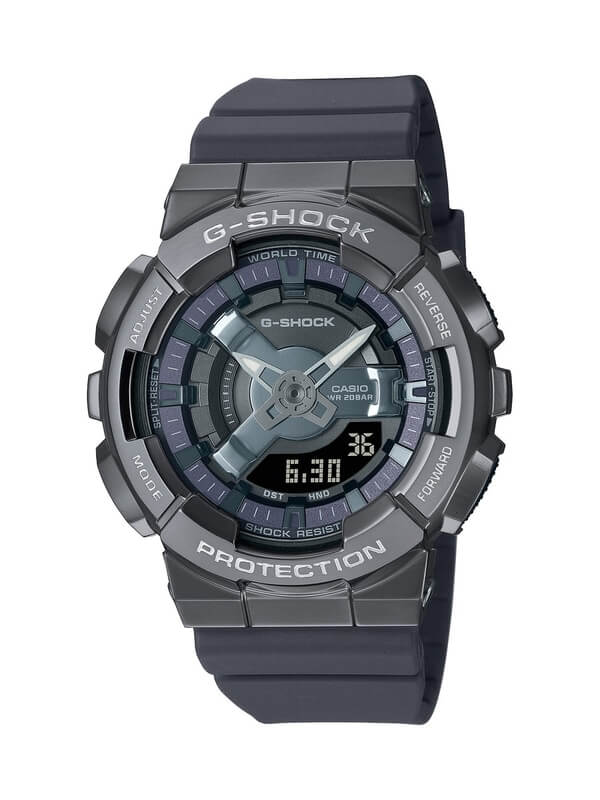 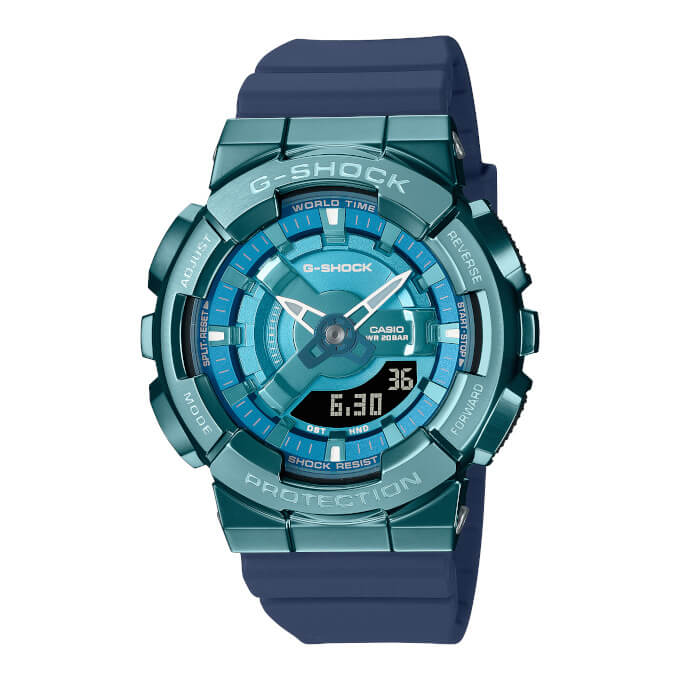 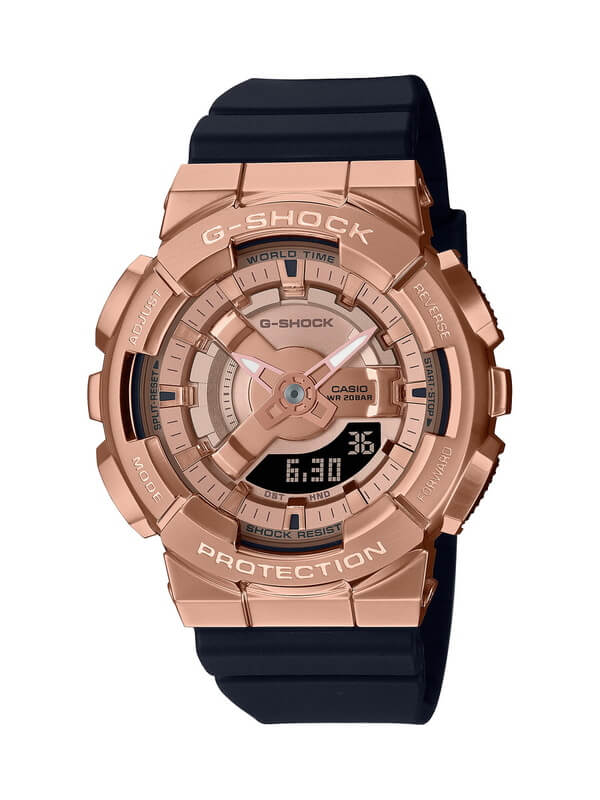 Great concept, but the hands are really hard to read, it seems. Why is Casio always missing the mark by a single element?

I think it’s because models such as these are considered “fashion” and not watches in general or tool watches. This means their overall impression as a jewelry and wardrobe accessory is more important than any functional aspect.