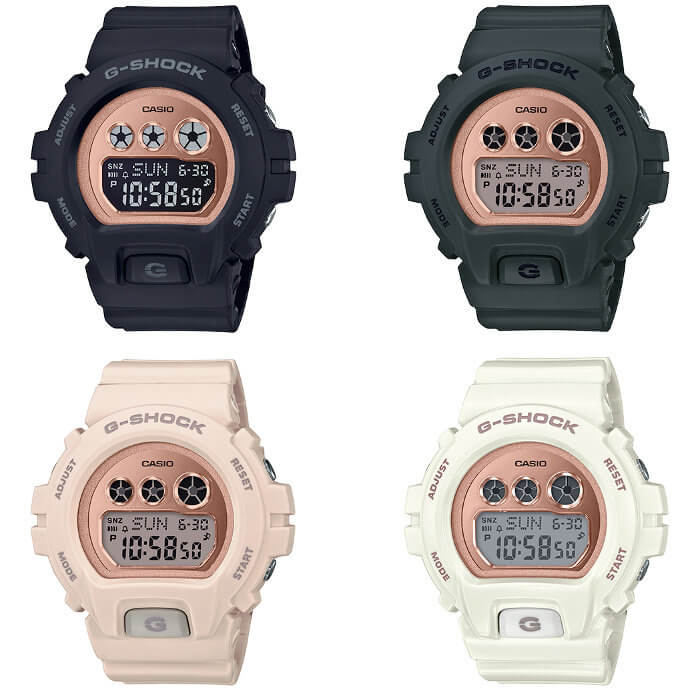 The launch of the G-Shock GMDS6900MC Metallic Mirror S Series is surprising considering that we haven’t seen a new GMD-S6900 watch for years and feared that this digital G-Shock line for women was discontinued. Also surprising is the fact that this new series was first announced by Casio America before Japan and Asia.

The rose gold faces are highly reflective and manufactured with the newly created vapor deposition process that we’ve seen on other recent Metallic Mirror G-Shock models like the DW-6900MM and DW-5600BBM/DW-5700BBM series. The video below does a better job than the photos of displaying the reflective properties of the watch face.

The GMDS6900MC watches have a list price of $99 USD each. They are currently listed on gshock.com and should be available to purchase soon. 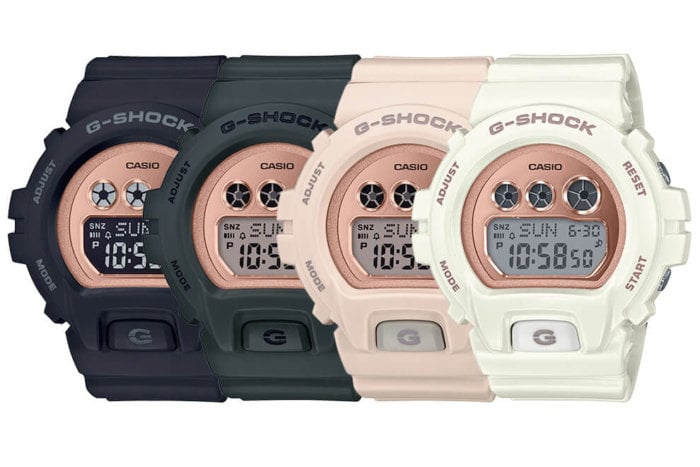 G-Shock GMA-S140M with Metallic Markers and Accents
Disclosure: G-Central is managed by fans and supported by ads. We may earn a commission on purchases from our links to Amazon, eBay, and Reeds Jewelers. Please follow your country's official G-Shock site for additional release information.